This man earns $95 an hour as a professional cuddler

Originally published at: This man earns $95 an hour as a professional cuddler | Boing Boing

I think the majority of humans need cuddling. If you don’t have a person to cuddle you, things may be tough, whether you make the connection to the two or not.

(Note, not all humans. I’m sure plenty of people genuinely prefer not to be touched or cuddled, and that’s fine.)

If be willing to bet that the amount of casual touching or comforting between adults, particularly between men, in earlier times was much higher than it is now.

He would not do well in the court of Emperor Kuzco. 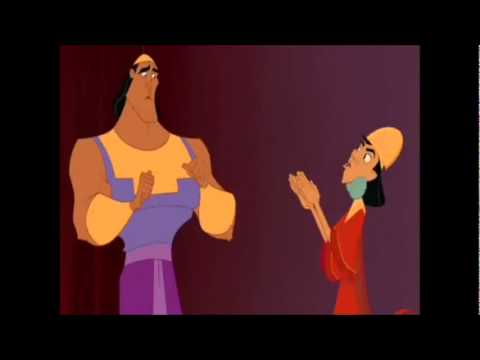 She keeps him busy in bed, teaching him the ninety seven ways of making love from the Kama Sutra, although Flashman considers it all nonsense as the seventy fourth position is the same as the seventy third, but with your fingers crossed

*Temple Grandin’*s got you covered. (See what I did there?)

This is something I have specific experience of. Essentially humans are evolutionarily bound to touch and intimacy. It stimulates the release of hormones in the body, oxytocin, dopamine and serotonin, while reducing stress hormones, such as cortisol and norepinephrine. There is research saying about “skin hunger” of those isolated and without such contact from the acute and chronic lack of these hormones. So a lot is biological.

But yeah, I’d seen a post such as this and was severely isolated and struggling. She was awesome, roughly my age and very similar wavelength, so we got on well. I had to travel pretty far and ended up being too far to really be something I could do again, but really would have if I could of at certain times. Still in touch.

She’s actually trained in therapy too and this was born out of her seeing more and more that people really did need a hug. It’s got certification and self-regulation here in the UK. More therapists should branch into it I think, as the science is solid and the benefits very real. Testimonies from clients are resoundingly positive.

We spoke quite a bit about it too, me being the talky, intrigued and inquisitive type. She said it can be mostly males, which isn’t that hard to believe considering the mental health outcomes of masculinity in society, including suicide statistics etc. Although, she did say about having a few ladies that see her regularly. The whole “sad, desperate man” thing should be seen as the tragedy it is. Men really do struggle hard with the “be a man” rhetoric that goes around. Sometimes silently, until breaking point and tragic outcomes. This sort of therapy can be really beneficial and shouldn’t be stigmatised. Yeah, it can seem a bit silly, but therapy is about soothing things. About addressing and rebalancing our congruence. When such hormonal and powerful body chemistry is at play and such methods are profound, they need to be embraced.

Honestly would recommend it to anyone who feels a distinct loneliness and need for physical contact.

As someone who hates being touched, I can hardly imagine a more horrifying thing. He’s not getting paid enough.

As sad as the whole overarching situation sounds and why this needs to be a thing, I’m surprised it isn’t as big as it really should be. I’m not QUITE to that level of desperation myself, but it does make me curious.

One thing that constantly springs to mind is an old episode of Law & Order: SVU. S09E17 “Authority” w/ Robin Williams. There’s a scene where he is interrogated about why he had hired a sex worker at one point. And he clearly explained that after his wife died he had hired this person not for sex but simply to have a warm body to sleep next to. I always come back to this and before coming across this article I’ve always wondered why a dedicated ‘service’ for this kind of thing does not exist, given how sex work is already so prevalent in the public psyche.

thank you for reminding me of the Flashman books. i thought they were great and it is time for a re-read! excellent reference.

Can I get a hug for five bucks?

At a lot of the downtown festivals in Vancouver, there’s a “Free Hug” booth. Very popular (I apparently give very bad hugs, though… no idea what makes a good or a bad hug).

I think however easy a gig as it appears to be this guy must have a lot of honesty in his heart.
As others have pointed out touch is the most direct ways of contact, so when you feel a need that is not returned properly you can feel left out. So I don’t think this is so much as a guy that is good at hugging. But someone that can transmit honest selfless affection, and can be felt straight away.
I think the secret to a good hug is to just give what you would like to receive. A warm honest embrace that supports you in a time of need.

My knee jerk reaction was that this is silly, but then that passed and I thought, “honestly, I could really go for a cuddle right now”.

Trust has to be high for something like this though, so it’d have to be just the right person.

I think the majority of humans need cuddling.

Waking up your teenager with a good back-scratch… the day goes so much better.

Hugs are also mandatory in our family (although we have one cranky cat who objects, but tolerates it).

Indeed, my kids get lots of random back scratches and pats, especially as they are waking up.

no idea what makes a good or a bad hug

Commitment.
You gotta commit to a hug.

To be fair, I fist-bump a lot more these days, which is traditionally anathema to an Englishman.

I do, however, have a second-hand hug lying around here somewhere, ah, there it is, it was behind the sofa. Bit dusty, yours for $3.