It’s made in China and you can find these at the “dollar store” for literally $1. It also doesn’t mist quite as well as the plastic ones with the rotating dial can, which makes it less useful for gardening.

It’s a piece of crap that gets way too cold and leaks. Better to use your finger over an open hose.

Plus Amazon can’t ship it to Los Angeles, and their new locker system hardly functions.

I tried it but the pancake batter either splattered all over the kitchen ceiling or hung in the air for hours as some sort of egg/flour aerosol. One star.

I’ll never buy another one of those plastic objects for use outdoors because they break down when they’re needed. Brass is best, but I have one that looks like the same pistol grip and it works flawlessly even though it spends all year round outdoors.

I have essentially the same nozzle, but it has the rotating spray selector at the front. 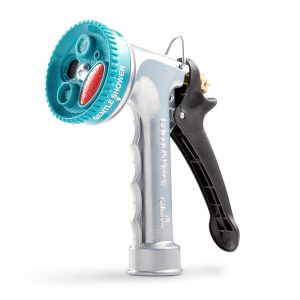 It has lasted about five years so far and still works fine. That’s about four years longer than any of its predecessors. Gilmour is, or at least used to be, a respected make.

It’s made in China

Mine is clearly marked “Made in USA”. This may have changed in the last five years.

another one of those plastic objects

The trigger is plastic, but the body is cast metal. The adjustment knob and actuating rod (all I can see of the internals) are brass.

I tried this model before from big box and immediately scratched my car after carelessly knocking the metal into the paint. By the end of its first season the nozzle began to leak along its seam… how freaking cheap?!

Why are all watering implements fabricated so cheaply? Another issue is upgrading to the metal sprinklers, but the internal parts are still the same cheap plastic.

I do have good luck with the quick release hose connectors, great upgrade!

Mine is clearly marked “Made in USA”. This may have changed in the last five years.

I’m going by the Amazon reviews that it’s made in china.

Jesus, it’s just a spray nozzle. These things have existed more-or-less unchanged since the earth cooled. You can get one at pretty much any hardware/big box/farm/dollar/ store anywhere. Hell, I wouldn’t be surprised to see them at my CVS. This is almost literally the most ridiculous please-click-our-amazon-affiliate-link thing BB has ever posted.

I’m still going with thumb pressure. More fun, no shipping costs, and so far the warranty on my thumb hasn’t expired yet. 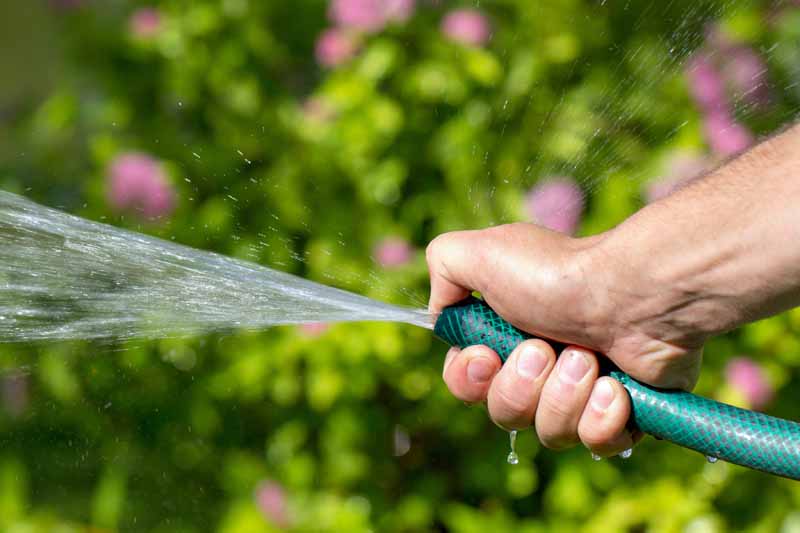 I’ve bought a handful of pistol grip nozzle things for my watering pleasure over the last few years. They never seem to last, and leak, so I bought one of these, all metal, a different brand, and so far, I like it.

Hat tip to the Wirecutter for that recommendation.