Thought-controlled nanorobots in your body

And the roaches were fine… 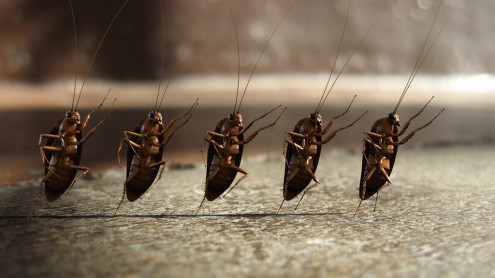 Oh, right off at Burning Man

Great! I’ve always wanted a zombie RC cockroach! I hope it can fly!

Only if you take off the satellite dish…

This is reminiscent of the supposed “brain to brain communication” from not so long ago. Which is to say, it stinks: just another mashup of existing technologies. Is anyone using nanorobots at this point which will release drugs when exposed to electromagnetic energy? That would be a pretty big deal on its own.

And a great opportunity for someone to mess with your medication.

I suppose this is an important step, but the darker side of my mind is already worried about the potential for abuse.

It’s not really their “thoughts alone” if it’s just sending brain signals to a computer which then triggers a coil. None of the techniques are novel, but hey, it makes a good headline.