I’ll just throw in a link to this topic (last updated five days ago) before the ammosexuals start in with their gunwanking rather than face the consequences of these items existing.

Surprised we don’t have a running list of the mass-shooting of the day yet. Since it is just about every day.

I’m confused…there’s a thing that relates to reckless gun use and it somehow maybe comes with consequences? We’re a few days off from April first.

That has to be the DUMBEST thing you could add to your handgun. Let’s make it wildly inaccurate AND blow through all your ammo in an eye blink.

Now the other guy in your fight gets to pull a Pulp Fiction:

“From the Boing Boing Store”

I missed the part wehre it talks about AR type rifles? Didja just make that part up?

Didja just make that part up?

No. That’s easily searchable on the intertubes. 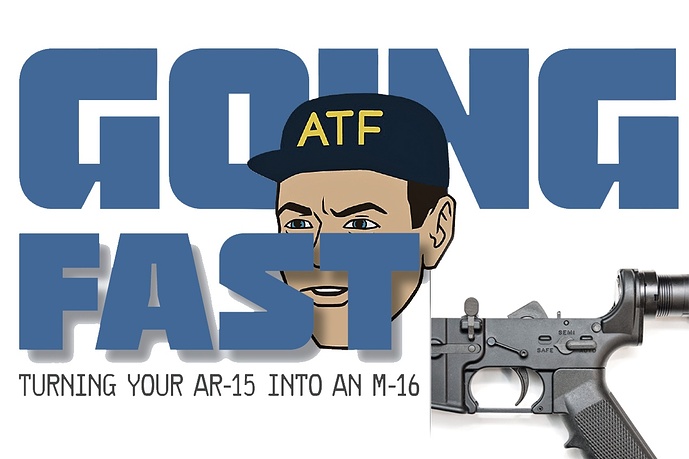 I don't like drop-in auto-sears Not because they don't work, because they do. They not only work, but in my experience an AR-15 equipped with a drop-in 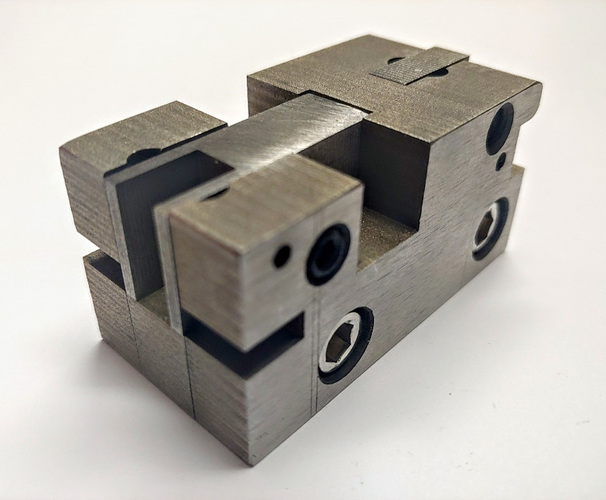 Fully authorized and approved (in its current form) by the ATF and FULLY PATENTED this is a REPAIR ONLY or FOR NOVELTY DISPLAY ONLY Full Auto Sear Repair Kit. For those customers who currently own an AUTHORIZED AND FULLY REGISTERED DIAS (Drop In...

I do feel weird that the title made it feel like a boing boing clickbait store ad. Ugh… I clicked on it because I was curious. Now I feel icky and want to wash my hands.

Depending on the firearm, it is surprisingly easy to make some of them go full auto. For ARs and AKs you can make a lightning link style out of braided coat hanger, or cut out of sheet metal. With something like an M1A or Mini 14 or anything with a reciprocating bolt handle, you can get the desired effect with a shoestring. And of course one can learn to bump fire. That is if you don’t have a machine shop in which replication of actual parts like auto sears isn’t that hard. I have even heard of schemes of people having machine shops make them to spec, while saying they were parts for something else.

So these have been around for decades and tended to stay in the backwoods or barren hills of Wyoming.

Now the Glock auto sear is newish. I mean, Glock has the G18 since the 80s, and it has an internal switch and autosear. I am not sure when the external version was created but it is more involved to make than the above mentioned lighting link styles.

So yeah, it’s a problem. Like the article said, it seems most of them are being imported from Asia or other places. Where there is a market, capitalism, uh, finds a way. The reason the Glock autosear is going to be sought after is because it is used on a pistol, which are more concealable and used in the vast majority of gun crime.

How prevalent is it? I dunno, The numbers in the article, when you compare it to all of the ~80 million gun owners, is very low. But clearly they are finding in them in enough numbers to make it something they are concerned about. And if you are importing them from overseas, along with the 100,000 other items a day off of wish or ali baba, I don’t see how you can effectively stop that. Just like Fentynol (sp) or other drugs.

I literally had a sponsored ad on Facebook pop up a few years ago with auto sears offered for sale. They were not expensive and they appeared to be coming from Asia (I think Malaysia in this case, IIRC). On Facebook! I was livid they were taking ad revenue for illegal NFA items, so I reported the ad. Still, I am sure if I were LOOKING for such items, you could find them out there. It’s the internet. “You want a toe? I can get you a toe, believe me. There are ways, Dude. You don’t wanna know about it, believe me.”

I wouldn’t neccisarily call this a device. And may not neccisarily be all that new, though fuck if I know what the deal is with that specific part.

An auto sear is a normal part of an automatic weapon. It’s often just part of the trigger systems. Converting a semi-auto to automatic commonly involves installing one. Some firearms this is easier to do than others, and civilian semi-auto weapons are often designed/required to prevent simple conversions by dropping in a part.

It’s very illegal to do this without proper licensing, and ATF quite often bans or restricts guns for being too easy to convert to automatic.

If these actually have proliferated. That’s bad.

But it could also be a giant own goal. Glocks and ARs could end up reclassified as machine guns over this.

Yeah, I was thinking, “It is odd that there is a boingboing store ad with the comments still turned on”. Back in the old days, laughing at products in the comments section was a fun hobby.

As opposed to just marginally accurate, dangerous junk, which is what they always were.

I dunno how much “accurate” impacts the “dangerous part”.

We kinda hear the same line about bump stocks. Dismissed as a trick that makes the gun useless.

But hey. Deadliest shooting in US history goes down in Las Vegas. Bump Stocks.

But hey. Deadliest shooting in US history goes down in Las Vegas. Bump Stocks.

IMO, if he had been aimed fire, it would have been 10x worse. YMMV.

But it could have been immeasurably worse.

I missed the part wehre it talks about AR type rifles?

Apparently you did. It’s about 2/3rds of the way in the video- an ATF agent shows a box of 600 auto sears for AR-15s. Your attempt at “calling out” BB has failed.

yeah, some guns only take a bit of string, or a rubber band, or a small spring under the trigger to turn into an almost full-auto weapon. Considering how many militaries chose instead to use a short burst or just straight up semi-auto for hand-held weapons instead it seems to be a questionable choice, reducing accuracy while depleting ammunition, greatly increasing the chance of a noncombantant being hit. Of course, firing such a full-auto weapon is a thrill, so thrillseekers and ammosexualas will, indeed, seek out the weapons and modifications, use them, and hopefully get caught.

But how do we sharpen it?