A fantastic, honest, articulate and patriotic essay by an American that has given back to his country. All of which will probably be missed by the toddler in chief. More than 140 characters and all.

Again, it’s his enablers that are keeping him in power along with the 30% of the hard-core racist " republicans" that keep stroking his ego.

Thanks for sharing this!

He nailed in his write up. Thanks for posting it. And yes, what a wonderful set of official astronaut photos! Dogs is good people, and I’m happy the managers at NASA allowed it. Generally, NASA is good people too.

Most likely. Let’s just see it as a lovely sentiment, eh?

This is my first introduction to Melvin. He seems an extraordinary guy. I looked on YouTube and found this short piece:

I’d love to see him run for office.

For those who are interested, he has a wonderful autobiography available: https://www.amazon.com/Chasing-Space-Astronauts-Second-Chances/dp/0062496727/ref=sr_1_1?ie=UTF8&qid=1506181946&sr=8-1&keywords=leland+melvin

A little twinge at the thought that the close-out crew used to have a vital and on-going role in our nation’s life. That there used to be close-out crews, and now there aren’t.

Today bOINGbOING truly is a directory of wonderful things.
Thanks for this.

Mr. Melvin’s eloquent (“when they go low, we will go high and some of us in or having been in actual fricken orbit, yes, that high up, thanks”) writing is so spot-on.

And his last line—

I am deeply grateful for his willingness to go public with this piece. I am sure he weighed it against his future career trajectory, and he is brave brave brave. Of course, one must be brave to be an astronaut. Well, yeah.

If Mr. Melvin runs for any political office, I’ll be sending in my contribution pronto.

I have no idea if 45 or any of his delusional followers will read actually this piece, but I really hope so. AFAIK astronauts are still unarguably cool, even among the deplorables. Unless…*

Also, slightly off-topic: that is the best dang photo of an astronaut I have ever seen in my entire life, ever. I’m old enough to have seen Apollo 11 live, in real time, when Neil and Buzz put human feet on the moon for the first time. Best. Astronaut. Photo. Ever.

And now, if you could, please, spare a thought for all the dogs who went to space–before chimps, before people, dogs went there, without their consent, and sometimes, without surviving to the end of their missions: During the 1950s and 1960s the USSR used dogs for sub-orbital and orbital space flights to determine whether human spaceflight was feasible. In this period, the Soviet Union or the USSR launched missions with passenger slots for at least 57 dogs. The number of dogs in space is smaller, as some dogs flew more than once. Most survived; the few that died were lost mostly through technical failures, according to the parameters of the test. A notable exception is Laika, the first dog to be sent int...

Maybe if the entire essay is interspersed with references to 45 every other sentence. Mr. Melvin sorta does it (intentionally?) already if you read his text looking for this device. Kinda like this: 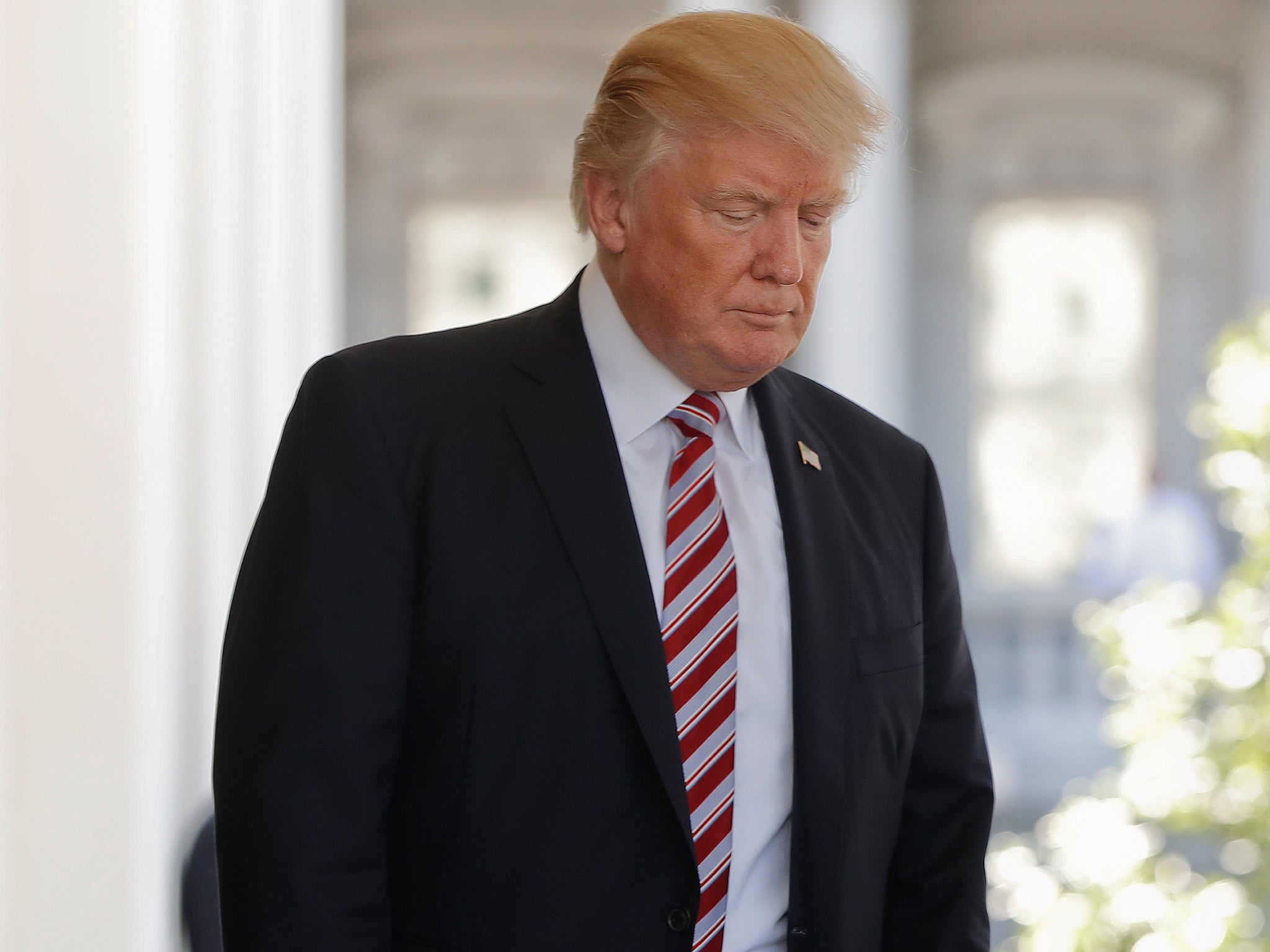 Donald Trump will only read intelligence reports if he is mentioned in them,...

Don’t read this link if you are already depressed.

Appealing to Trump’s sense of fair play, sense of justice, and decency is a lost cause. He has none of those.

But maybe this essay would do some good to Trump’s supporters.

A very good essay. Too bad it will fall mostly on deaf ears. Hopefully it will resonate with a few.

Of course Donny won’t see it because it’s not happy news and there are all those words.

I am keeping an eye on Breitbart. I would love to see the comments on such an article because I can only imagine they will be both toxic and completely batshit insane.

Just to get to the heart of this.
“Do you have any sense of decency or shame in what you say to the American people…?”

keeping an eye on Breitbart

Doctors removed a type of parasitic flatworm called a trematode from a patient's eye, according to a recent report of the case.

it must hurt they found someone who looks good in orange.