You need the special sun glasses to see it. 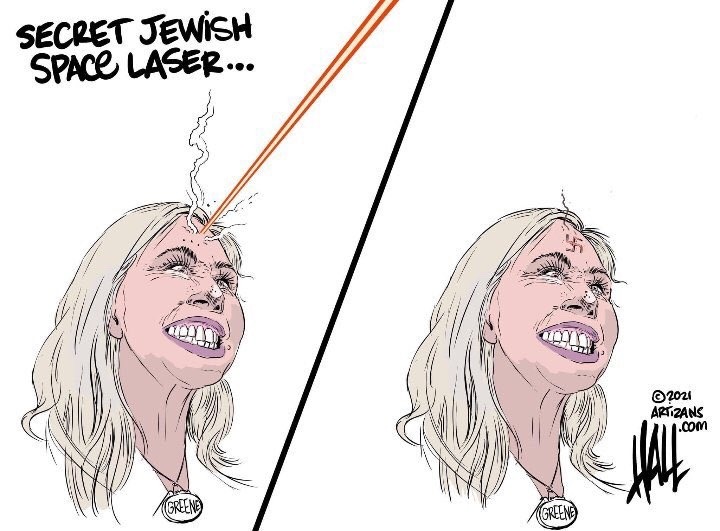 Is there any way to convince the conspiracy theorists that they don’t need oxygen to breath? Ideally done in such a way that they don’t start demanding a massive increase in CO2 emissions?

Well, whenever I read the latest outburst by people like her, the question I always ask myself is, how can a mammal be that slow and still have respiratory functions?

Boy, I’m finding US politics so exhausting right now, as Republicans don’t care about reality, much less policy. Here she is, ostensibly complaining about US foreign aid, while listing whatever random place names she can come up with off the top of her head - she doesn’t even know Guam is part of the US, so she obviously knows nothing about US foreign aid, either. (To have paid attention to her is to know she doesn’t know anything about anything, so this particular bit of ignorance is not exactly a surprise.)

To do anything about it would require her to know something about it, so clearly she doesn’t actually care about the issue, except as something to be outraged about. With that as the purpose, knowing something could only be detrimental to her outrage, so continued ignorance is desirable on her part. Anything she does learn, she then has to ignore. And this is what all Republicans are doing, to one degree or another, on various issues. Deliberately adopting idiotic positions based on (often feigned) ignorance, while the rest of us try to live in the real world and deal with its issues, while they actively try to get in the way.

The stupid, how I wish it burned them .

If stupidity were heat, there wouldn’t even be ashes left.

Yes, she’s an idiot, but watching the whole video, I think the takeaway is that she and her ilk are there to tear the whole system down. She talks at length about how she can’t stand Washington D.C., and her main motivation for running for office was to overthrow the REPUBLICAN establishment.

She says that we are being taught that being white is shameful. She persists in the lie that the protesters weren’t really Trump supporters. She referred to the Jan 6th rioters as “people with Trump hats on.”

It is naive to think she wants a new Republican Party so it can share government with the Democratic Party. She announced openly there that she intends to try and remove as many Democrats as she can from their committee assignments if the Republicans take control of the House.

She’s a fascist, and she’s building support for an end to any semblance of Democracy in America.

Christ, what a stupid asshole.

Guam is a weapons platform of immense value. And oh yes some people live there too. 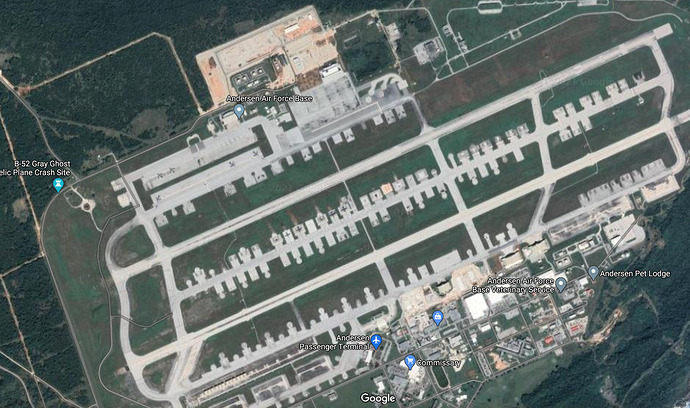 So what I am hearing is she won’t know where any of the sabres are, let alone which direction to rattle them.

The GQP is the party of proud, unabashed ignorance. Because knowledge is for effete, effeminate lib’ruls and their left-wing “facts.”

Can we remove her U.S. domestic aid in the form of her salary, and eject her the F out of Washington, please?

Generally, I’d agree that much of the ignorance among Republican senators and congresspeople is feigned, but hers appears to be real.

Rule #1 is Conservatives are always wrong. About everything. And it’s a truism that goes beyond political party. Republicans are always wrong now; when Democrats were the Conservative party 150 years ago, they were wrong; four score and seven years before that, Conservatives/Loyalists/Tories sometimes earned a tarrin’ by how wrong they were. Conservatives did the Inquisition, launched Crusades, lengthened the Dark Ages, and killed Jesus and Socrates. Conservative Gilgamesh was epically wrong until he met the hippie Enkidu.

Nothing is certain but death, taxes, and how wrong Conservatives are about literally everything.

No aid for New Mexico, either!

This could make for some good trolling. Biden or Pelosi could address her concerns publicly.

“At the request of Marjorie Taylor Greene we have cut off all foreign aid to Guam.”

We need to let the Guamanians determine what they want to do.

They want status quo or a enhanced status? They should get it.

They want statehood? They should get it.

They want independence? We should grant it and support them until they let us know it is no longer required.

Currently, they are Americans, as American as me, and it makes me really, really mad that they can’t vote for President or have representation in Congress. Until / unless they decide to leave, they should have a say in how OUR country is run. I don’t see a fundamental difference between Wyoming and Guam; if Guam would have outsized influence than so does Wyoming.

No aid for New Mexico, either!

Or New Jersey or those foreigners in New England!

Currently, they are Americans, as American as me, and it makes me really, really mad that they can’t vote for President or have representation in Congress.

Guam also has a higher enlistment rate than any U.S. state yet the people who live there, like other U.S. territories, still struggle just to be recognized as “real” Americans by the party that ostensibly cares so much about our veterans that they have an attack of the vapors every time someone kneels during the National Anthem.

Hey, maybe not. But we’re all stupid down here, right?

Is there any way to convince the conspiracy theorists that they don’t need oxygen to breath? Ideally done in such a way that they don’t start demanding a massive increase in CO2 emissions?

People who have been vaccinated somehow exhale the vaccine and so if they don’t want to be vaccinated (or since their breath mixes with the air, homeopathically vaccinated?) they need to keep away from vaccinated people (as the numbers increase) and breathe only their own self-contained air supply (driving a run on diving supply stores) or hold their breath?

<Posted a picture of Quark from Star Trek: Deep Space 9>

In Ferengi culture, fe-males were forbidden clothes. Do you want to see MTG naked? No thank you!