Trump is inheriting the right to Breitbartize Voice of America, Radio Free Europe and Radio Liberty

Ironic really, given all the noise about fake news and propaganda.

The damage to U.S. interests could be considerable. The unique attraction for global audiences of RFE/RL, Radio Free Asia and other outlets is not their skill at presenting the U.S. government line, but their journalistic independence. They were created to be “surrogate media,” news organizations that offered accurate and independent coverage of events in countries where citizens could not depend on their own, state-run media. RFE’s coverage of Communist Europe was vital to the growth of the independent political movements that eventually brought down the system. Radio Free Asia strives to serve the same purpose in China, as does Radio y Televisión Martí in Cuba.

And yet they did manage to present the US government line 100% of the time. Impressive really.

I occasionally listen to the World Service…

did you answer the first or second question?

(I’d be happier if Sirius carried Radio 4, to be honest)

If you live in a country where domestic information services are tightly controlled/owned directly by the government, any outside source probably seems good. Why wouldn’t you listen to radio in China if your internet connection is filtered by the government?

Even here, we may choose to read or listen to international sources in the hope they are less beholden to our own authorities.

I am just unaware how many people it actually reaches. I mean, this isn’t the Cold War anymore, but I admit I don’t know how popular it is.

Even here, we may choose to read or listen to international sources in the hope they are less beholden to our own authorities.

Depending on where you live that may be the only form of radio available. At least the presence of American propaganda ensures that those listeners won’t be limited to the propaganda coming from one side.

The main ones are state-run from the US, UK, China and Russia, aren’t they? 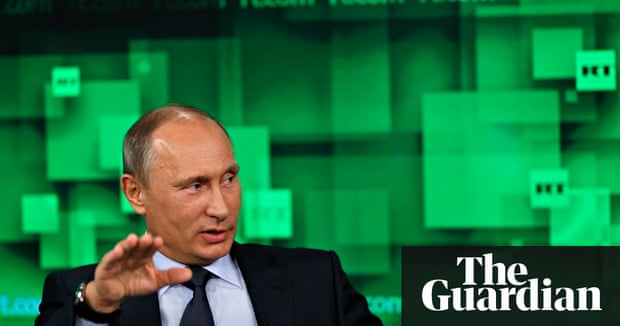 At least the presence of American propaganda ensures that those listeners won’t be limited to the propaganda coming from one side.

It’s worth remembering that there two types of propaganda, the type that is lies and the type which is selective about the truth. Neither option is good but lies are far worse than selective truth.

The worry here is that propaganda seems to be moving back from selective truth to lies, and Trump is only going to accelerate that.

I know the BBC is, and America has PBS, but MOST of the US media is NOT state run, and the UK has a lot of independent media (some good, some bad).

I honestly am not 100% sure about where Russia and China are. I know both were exclusively state run at one point, and I think China still is for the most part.

But if you are in Russia or China right now, what is VoA or what ever saying right now? That Russia and China sucks and America is awesome? (Well, not literally saying that, but I imagine that is the gist.)

What will Trumps new message be? “Russia and China isn’t that bad, you should stay where you are!” Or will it be something like, “Taiwan is a real country. You should burn down your leaders.” Or will they also just echo fake news/heavily slanted as the other countries already do? Is the fact this system could be misused a good reason to question having it?

And again, but other than NK, aren’t there covert means to get out side news sources? I mean, if Russia is hacking the Democrat’s emails and peoples credit card numbers, they should be able to access www.cbs.com or www.theguardian.com

So a US funded propaganda project is going to be taken over by the same sort of far right anti-communists that they spent decades trying to encourage under foreign left wing governments. It’s not a coincidence that the current far right surge in Europe was mostly founded right after the fall of communism. Who do you think an awful lot of those “independent political movements that eventually brought down the system” were? I’m only shocked that people think VoA was actually committed to the cause of freedom and not always subservient to US interests.

I think the plural is important here. Read/listen to as many different news providers as possible and build your own reality out of the different views.

Read/listen to as many different news providers as possible and build your own reality out of the different views.

I reject your reality and substitute my cone.

Radio y Televisión Martí is an American radio and television international broadcaster based in Miami, Florida, financed by the Federal government of the United States through the Broadcasting Board of Governors (BBG), which transmits political propaganda in Spanish to Cuba. Its broadcasts can also be heard and viewed worldwide through their website and on shortwave radio frequencies. Named after the Cuban national hero and intellectual José Martí, it was established in 1983 with the addition of ...

I know the BBC is, and America has PBS, but MOST of the US media is NOT state run, and the UK has a lot of independent media (some good, some bad).

Sorry to nitpick, but you seem to imply that PBS is run by the state. It is not.

Fair point, it is a private org that gets money from the government, as well as corporate sponsors and viewers.

This presidential appointee replaces an arms-length (and, lately, ineffectual) Board of Governors. The Obama administration backed this change, seemingly in anticipation of these powers being given to Hillary Clinton.

Gee, it’s almost like there’s a lesson in there about not being so deluded that you allow the controls on government to become corrupted by the “urgent” necessities of your personal ideology.

“These pesky War Powers restrictions sure do make it hard to get things done! I’m just going to proceed with bombing Country X cause it’s pretty important that we do it right now!”