Only 9 people get to vote on this question, and they aren’t in the Office of Legal Counsel.

In my part of the world we call them channel-lock pliers, or channel-locks. Is this universal or are there regional variants?

In the US, I believe that Channel Lock is still a trademark and has not yet been declared to be genericised.

But what in holy hell do people see in this shitbag?

As long as he makes the “libtards” howl, he’s doing god’s work.

I have to think that if Trump pardons everyone, he’ll take a huge political hit

Like when he criticized Senator McCain for being a POW? Remember that huge political hit? Or when he talked about assaulting women? Or how about the fight he got into with a gold star family? Or how about when he picked out a black guy in the crowd and called him “my African-American”?

A few people will be outraged, lots of people will be meh, and the rest will applaud him. Then a week will pass, he will type random letters into Twitter, and the cycle will start again.

When Putin decides that he gets more value in destabilizing the country by burning Trump; he’s really going to regret running.

Maybe his endgame is retiring to a Duma on the Black Sea?

[quote=“simonize, post:40, topic:104759”]
So he doesn’t have a platform, or a program, just a series of grievances, and no real plans or ability to solve them.
[/quote]I think you have it nailed. His cult followers have a feeling of grievance (against the blacks and browns and gubmint and immigrants and smart people and anyone and everything that ever made them feel inadequate) and Trump managed to tap into that sense of grievance. They didn’t vote for political policies or make a rational decision in any way. They voted for the guy who told them that their feelings of powerlessness were legitimate.

You have awoken the pedant…

A duma (дума) is a Russian assembly with advisory or legislative functions. The term comes from the Russian verb думать (dumat’) meaning "to think" or "to consider". The first formally constituted duma was the State Duma introduced into the Russian Empire by Tsar Nicholas II in 1906. It was dissolved in 1917 during the Russian Revolution. Since 1993, the State Duma is the lower legislative house of the Russian Federation. The term Boyar Duma is used by historians to denote the class of boyars a... A dacha (Russian: да́ча, IPA: [ˈdatɕə] ( listen)) is a seasonal or year-round second home, often located in the exurbs of Russian and other post-Soviet cities. A cottage (коттедж, kottedzh) or shack serving as a family's main or only home, or an outbuilding, is not considered a dacha, although some dachas recently have been converted to year-round residences and vice versa. In some cases, owners occupy their dachas for part of the year and rent them to urban residents as summer retreats. Pe Dacha...

Breaking a tradition that began with President Jimmy Carter, Trump has repeatedly refused to make his tax returns public

“If any state does not want to share this information, one has to wonder what they’re worried about.” “There’s something, there always is.”

Can he pardon himself? Nixon had to wait for Ford to pardon him, so I don’t think that it works that way, or can it?

I saw a good article about this in May (I’d been wondering about self-pardons since October).

Can Trump Pardon Himself?

If the current president has proved anything, it’s that there’s a first time for everything.

The argument that he can pardon himself is simple: it doesn’t say anywhere that he can’t.

They analyze the wording of other sections and notes from the constitutional convention to show that the founders almost certainly didn’t intend self-pardons.

But obviously there are only nine people whose opinions count, and unfortunately many of those nine are well known to have extreme partisan bias in their legal reasoning.

I appreciate the point about the limits on the fifth amendment. I never really thought about the idea that if what you say can’t incriminate you, it wouldn’t apply.

But obviously there are only nine people whose opinions count, and unfortunately many of those nine are well known to have extreme partisan bias in their legal reasoning. 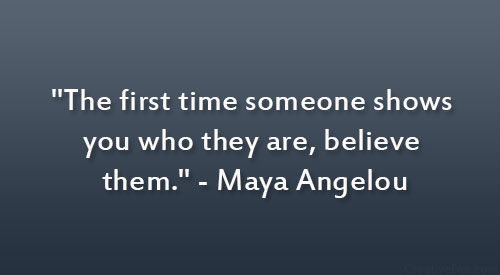 Boy i fucking hope he pardons someone so that we can end this charade and impeach him.

Boy i fucking hope he pardons someone so that we can end this charade and impeach him.

That will definitely NOT be enough to impeach him. Impeachment is fundamentally a political, not a legal process. And until enough people in the GOP are more scared about what sticking with Trump will do to their chances in the general election than they are about what going after Trump will do to them in the primaries there will be no impeachment. The fact that impeachment BEGINS in the house, where all the gerrymandering means that most races are DECIDED in the primary makes this doubly so. Trumps approval rating probably need to go down to the teens before sufficient GOP House members will vote to impeach. We may well get there, but not soon. Probably not until another government shutdown and the negative effects of the GOP’s austerity budgets filter down to Trump’s base.

Trump pardoning someone would definitely cement the idea that he is interfering with the investigation against him and his collusion against Russia. And would most likely end up causing more politicians to get behind impeaching.

I disagree. I don’t think that it would have much effect. It’s not like very many in congress like or respect the guy in the first place. But they’re scared of his base, who are an important segment of the current fragmented GOP. The majority of the country didn’t vote for Trump. The majority of the GOP didn’t vote for Trump in the primary. But the GOP is fragmented enough that HIS supporters assume an out-sized importance. And his base is unlikely to turn on him until their lives actually become noticeably worse under his “leadership.” His core voters are just not interested in Inside-the-beltway drama.

I guess we’ll have to see how things shake out. We can agree or disagree all we want it won’t affect the eventual outcome, though i can only hope it ends his presidency.

I think if he starts handing out pardons like candy he might get impeached. If he just pardon’s Jared I doubt that will be enough.

Pardoning his own son for trying to pull in illegal information on Hillary seems like quite a lot of grounds for moving forward on removing him from office. But i’m no expert so i’ll leave that with people with more knowledge on legal standings and procedures.