Strong disagreement on “Europe has the whatevers”.

This deal involved China and Russia, and what the US - not Trump, the US - do now is a killing multilateral agreements. There is not a chance that the EU is able to fix this “Iran deal”.

This is a VIOLATION of a deal signed in good faith, an agreement in which the other party was upholding its obligations.

Describing this as the US “pulling out” is like saying the US “pulled out” of the 500+ treaties it signed with Native American tribes during the 18th and 19th Centuries.

It’s kinda obvious isn’t it? Trump clearly wants Iran to go back to making nukes so they can been seen as a threat again and he can have his war right before the 2020 election cycle begins.
Also, China being the largest buyer of oil from Iran and South Korea being the 4th largest importer of Iranian oil ensures higher tensions at the “peace” talks to which China and the U.S. must sign off on before the Korean war can be put to an end.
He will literally put the world at war to ensure his re-election.

There. Fixed that headline for you.

This really is the single worst decision. Trump is actually a fucking moron. Iran got real benefits from complying with the nuclear deal up-front. The US isn’t going to be able to claw back the assets already released to Iran in 2015. Now the deal is broken, Iran is free to pursue uranium enrichment without breaking the already-broken deal. Trump is a gigantic cretin. It’s likely that Europe, Russia and China won’t impose sanctions on Iran immediately or tenaciously, so that Iran will still be able to sell some oil - at inflated prices as a slightly reduced supply drives world prices higher. The USA’s partial sanctions will be ineffective. At the same time, the hardline in Iran will be emboldened. The USA under Trump has just demonstrated that it is a capricious and unreliable partner in any international deal.

You know what Bismarck would have done now, do you?

This is the worst decision any American president has ever made in international diplomacy.

The Invasion of Cambodia probably comes first. But this is definitely in the same ballpark.

Remember before the election when trump supporters were railing that HRC was sure to start wars all around the world? Almost every war and conflict the U.S has been involved in was started by a conservative. This is one step closer to another war in the Middle East, more senseless death and destruction and another pillaging of the Public Trust and National Treasury. I’m sure glad you hated on HRC so much Susan Sarandon and others of your ilk. You can all up and die now for all I care… just up and die.

ventually the rest of the world will bypass the US hegemony and conduct trade without interference.

Eh, I am going to say that is doubtful.

This deal involved China and Russia, and what the US - not Trump, the US - do now is a killing multilateral agreements. There is not a chance that the EU is able to fix this “Iran deal”.

So there is no chance the EU or the UK or Germany or whomever (with Russia and China) couldn’t replace the deal with something else to encourage non-proliferation?

That sounds pessimistic to me. The US is large and “great”, but to think they are the only ones who can fix a problem like this is silly. Furthermore, the US is constantly criticized for using its influence internationally. (Often times fair criticism.) Yet when the opportunity arises for someone else to take the lead in an international issue, it is met with defeatism.

This is a VIOLATION of a deal signed in good faith, an agreement in which the other party was upholding its obligations.

North Korea will take note; if the US won’t abide by treaties it’s already signed, why would anyone believe they will honor any agreements they make now (NAFTA et al) or in the future? 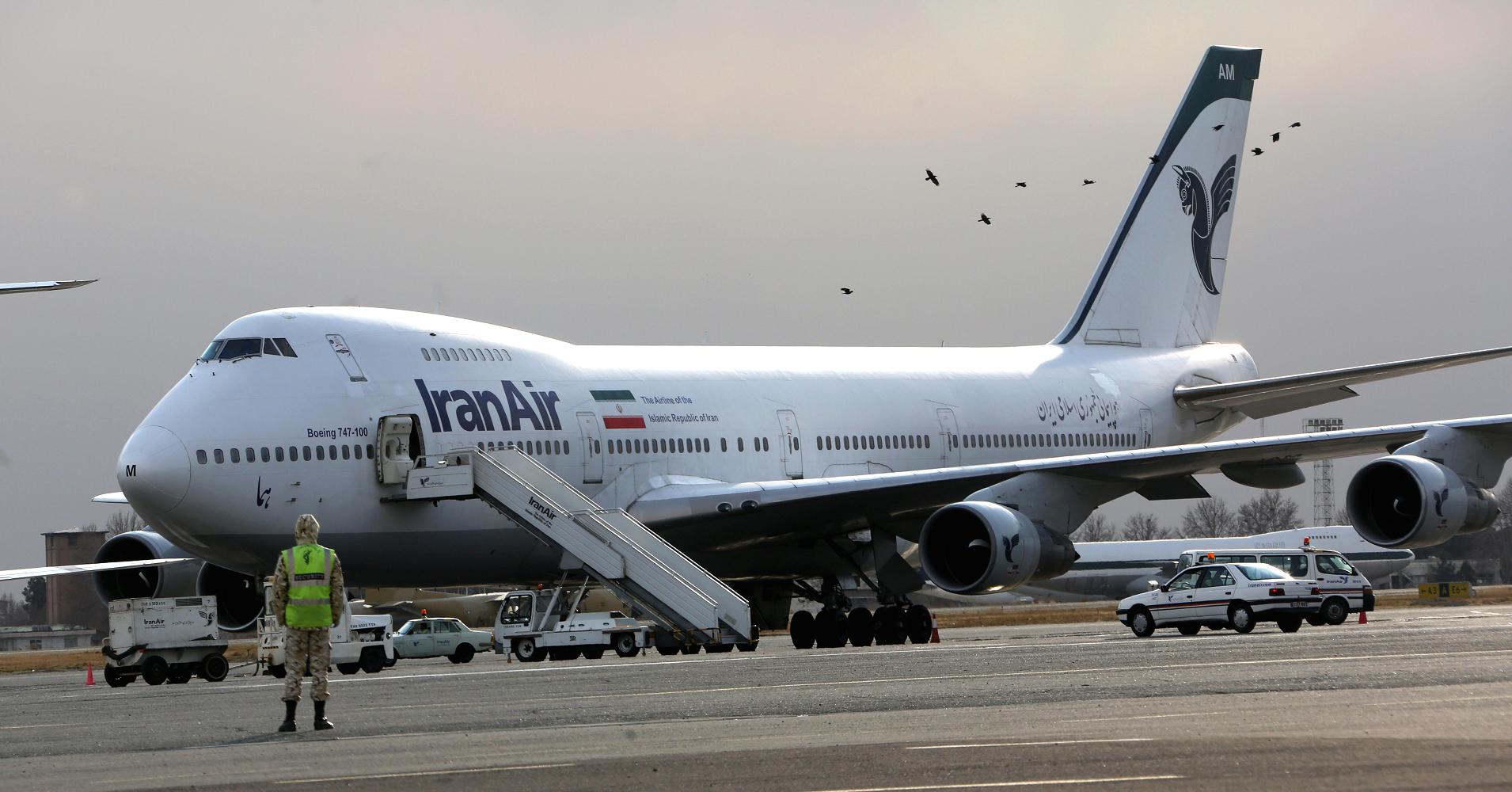 Boeing may lose $20 billion in aircraft deals as Trump to pull US out of Iran...

The world's largest aerospace company has agreements for airplanes worth about $20 billion for Iranian airlines.

(It’s ok because what they lose today they will make up for in arms sales later. War profiting is Boeing’s business plan.)

I believe this is why N. Korea has suddenly softened its stance on nuclear weapons testing. It has nothing to do with trumps ability to be diplomatic. I am wondering why this is not a huge story in the U.S. media? Hmmm… I wonder why? 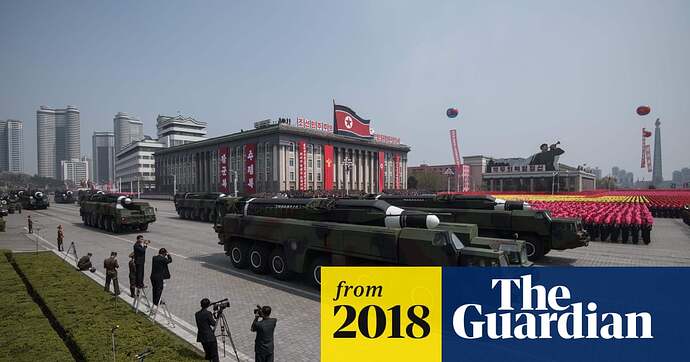 North Korea nuclear test site has collapsed and may be out of action – China...

I’m sure glad you hated on HRC so much Susan Sarandon and others of your ilk. You can all up and die now for all I care… just up and die.

So you’re fine with what she helped do in Libya?

Idealism may not always be the best way to serve our ideals.

And do you really think she wouldn’t have found her own modes of imperial warmongering as president?

When Obama left office the U.S. was bombing what, 6 countries? 7?

Making war is what the U.S. does, and every president is apparently obliged to oversee more of it.

We will never know, but for trump supporters to think trump would be this benign, white knight and think HRC was simply a warmongerer. Besides, I’m not sure HRC had anything to do with Libya. I believe a lot of it was the momentum of the Arab Spring. Don’t even mention Benghazi brah. Don’t even go there.

Wasn’t ratified by the Senate. It was a handshake.

Google has managed to host a pretty good collection of 360 photos in place of Streetview in Iran. Might take a minute and look at the place the TRUMP wants to turn into glass.
e.g.
Iran Science and Technology Museum
h ttps://goo.gl/maps/aCtdMimr4g92

What it will do is prove once again that small nations are incentivized to successfully develop nuclear weapons.

Iraq doesn’t have nuclear weapons, and gets invaded on the most tenuous excuses; Pakistan successfully develops nuclear weapons and helps North Korea design theirs - probably in exchange for missile design assistance - and goes on receiving US aid; North Korea, after several successful tests, seems closer to getting their demands for a US pull-out seriously considered.

No, this doesn’t mean we are going to war with Iran.

True, but the possibility is peeking over the horizon. And we know how such a regime change pans out, because we haven’t finished paying off the mortgage from the last 2 yet.

There. Fixed that headline for you.

> This is the worst decision any American president has ever made in international diplomacy.

The Invasion of Cambodia probably comes first. But this is definitely in the same ballpark.

And the invasion of Iraq, to pick a more recent example.

The USA’s partial sanctions will be ineffective.

Ineffective at breaking the will of the proud Iranian people and bringing Iran to its knees? Definitely.

Ineffective at keeping the Iranian economy down and at weakening the more progressive forces in Iranian politics? I’m afraid not.

Last summer, when the US wasn’t officially breaking the deal yet (even though they found plenty of excuses to not lift sanctions they had promised to lift), the only way to transport money between Europe and Iran was to carry cash. Why? Because all methods of wire transfer between the EU and Iran had at least one American company involved.

Getting around the American sanctions would take a conscious effort on the EU’s part. Not doing anything and ignoring the US might be an important symbolic act and better than nothing, but it won’t do much good for average Iranians.

Give it where it is due: