…Because reminding people of Obama’s middle name has worked out so well for the GOP in the last two presidential elections.

He’s lying through his teeth (again) - Trump never warned against the Iraq war:

Donald Trump has repeated throughout his presidential campaign that he opposed the Iraq war before the March 19, 2003 invasion. But there's no evidence of that. Here's a timeline of statements Trump made in 2002 and 2003 about the war.

Christ these debates are going to be something.

They’ll be boring as trump is not likely to show. Curious to see the VP debate, though. There’s no way Tim Kaine’t beat Pence like a cheap rug. 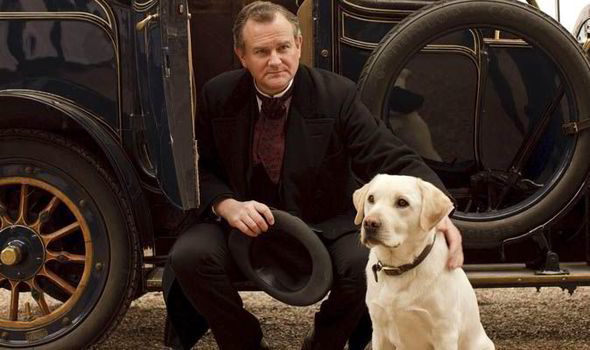 It’s eyebrows all the way down.

Continuing the discussion from We laugh, but Putin's hilariously macho photos help him "stay in power": According to Dark Roasted Blend, this is an image of “Soviet Communist Party boss Leonid Brezhnev, relaxing at his dacha on the Black Sea.” Your challenge, should you choose* to accept it #USE THIS IMAGE IN AS MANY CONTEXTS AS POSSIBLE Profile image? rebuttal? blingified-gif? meme? Existing Memes: http://memegenerator.net/Leonid-Brezhnev <img src="//discourse-cloud-file-uploads.s3.duals…

well @TheGreatParis he doubled down today… 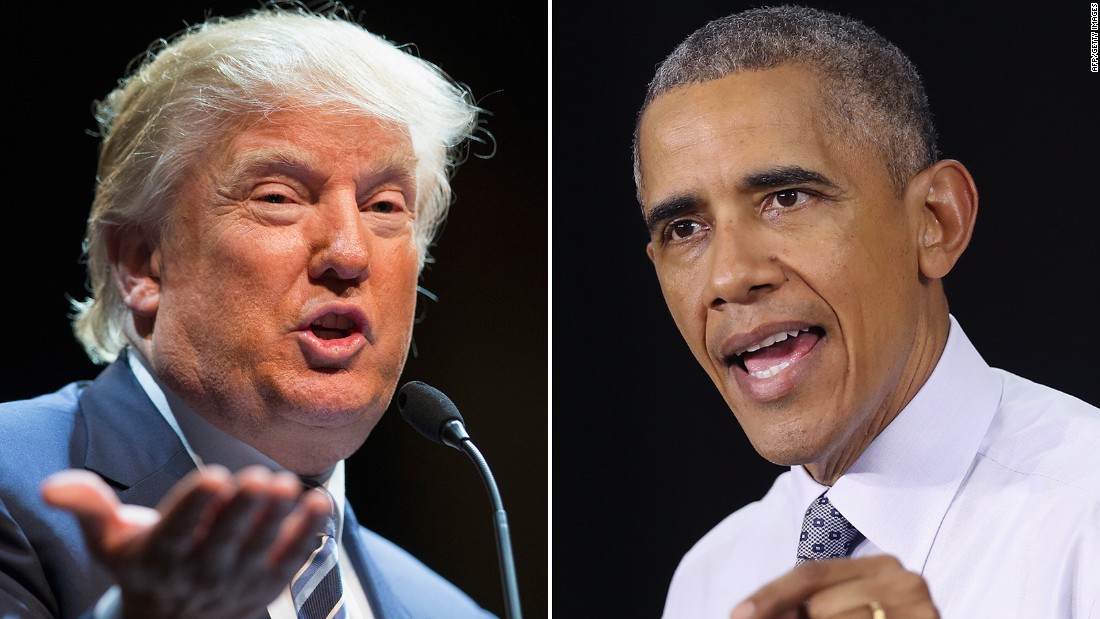 Donald Trump said Thursday that he meant exactly what he said when he called President Barack Obama the "founder of ISIS" and objected when a conservative radio show host tried to clarify the GOP nominee's position.

…except he doubled down on his assertion. From yesterday’s Hugh Hewitt interview:

"Hewitt initially attempted to get Trump to tone down his comments. “I know what you meant, you meant that he created the vacuum, he lost the peace,” Hewitt said.Trump wasn’t having it: "No, I meant he’s the founder of ISIS. I do. He was the most valuable player. I give him the most valuable player award. I give her, too, by the way, Hillary Clinton."Hewitt responded, "But he’s not sympathetic to them. He hates them. He’s trying to kill them."Trump was undeterred.“I don’t care. He was the founder. His – the way he got out of Iraq was that that was the founding of ISIS, okay?”

And then later, in typical Trump style, he added: “No, it’s no mistake. Everyone’s liking it. I think they’re liking it. I give him the most valuable player award. And I give it to him, and I give it to, I gave the co-founder to Hillary. I don’t know if you heard that.”"

…that’s basically confirming the idea that he’s using “founder” to mean “caused the creation of.” (bolded part is the slightly coherent part) …and being weirdly insistent about the terminology?

I would have argued that the Bush administration was the founder of ISIS.

well @TheGreatParis he doubled down today…

But that ain’t a tweet.
That was Trump speaking, not one of his political handlers.

the people who created the conditions for the founders to create their organization.

That’s way to many words. I’ll just say “founded.” Because, trust me on this, this is the way winners talk, believe me. 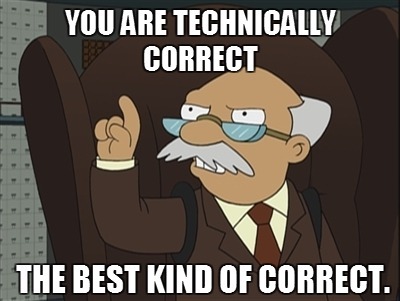 Christ these debates are going to be something.

No, he won’t be shown to have his pants around his ankles because they’re not actually debates. He’ll get to make crazy statements like this and not have them followed up extensively where he has to back them with facts.

I get what you’re saying, I do. And I would completely agree with you if we were discussing a person with through processes that made sense to normal humans. But if someone tells me multiple times that they mean something ridiculous, I stop trying to interpret for them and take them at their word.

Even if he doesn’t truly believe the literal interpretation (and he probably doesn’t), he’s actively trying to make other people believe it.

Trump can’t explain the real problem where modern war is a self perpetuating machine, designed, maintained, and governed by people like Clinton and the US defense industry, or else he would be in danger of opposing it himself.

Instead, just blame clinton for the whole damn thing, it’s what the voters really want to hear anyway.

It’s inarguable that Trump and similar nationalists have done their best to promote ISIS through rhetoric of hate and xenophobia of even US-based Muslims.

A chance for my liver to make a break for it?

do I assume that he’s actually playing some long-term joke on everyone?

Best case scenario? After election day in November, he pulls off a mask and reveals this:

Why does anyone give a shit what he thinks?