Better to have not gone there in the first place.

Shame if something terrible happened.

This was as much if not more about preserving his fragile ego as it was about giving the TV cameras a crowd.

It’s said that when Nero was singing people would pretend to die so that they could be carried out. Just a thought if anyone ever accidentally ends up at one of these.

The optics of crush injuries or fire hazard are worse than the optics of an empty audience. But really the entire optics of anything to do with fascism are pretty terrible.

That reminds me. I need to renew my passport.

The Trump California? (you can check out any time you want, but you can never leave.)

This is called “unlawful detention.”

You forgot his favourite insult.

I liked TPM’s headline this morning. 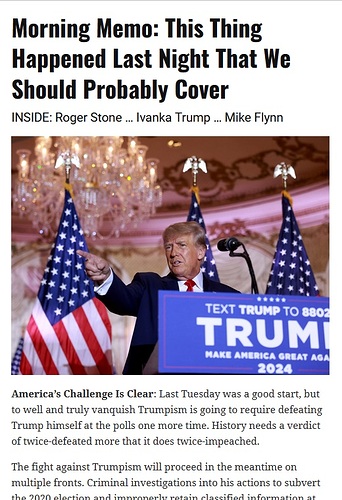 This is called “unlawful detention.”

Good luck getting any Trumper to press charges against the cult-leader.

The way to escape would have been to yell at the security guard “but I have diarrhea!” as loud as possible. 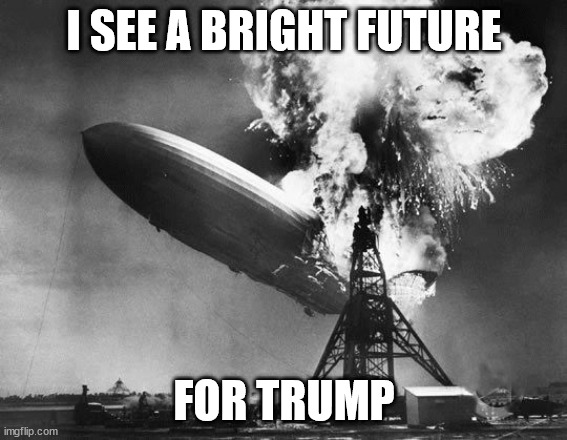 Start a chant of “Lock Him Up!” and see if you can get yourself thrown out for upstaging Fake Leader.

Did he build it around this building?

I look forward to the party tearing itself apart over this. I don’t think the establishment will just shrug and go, “I guess this clown is our guy!” this time.

Isn’t the RNC still paying some of his legal bills? It will be interesting to see if they keep doing that… Or to see what dirt other Republicans pull out this time. I have a feeling so many of them are keeping shit in their back pocket to cover their asses.

Anyway… I need to find some cinnamon popcorn for this.

In the second video about 12 seconds in there’s a guy facing the camera who is giving a frantic “cut!” signal to stop filming all the bored apes milling about the exits.

I would say that’s probably a crime, but anyone already there deserved to be unlawfully detained to get the full measure of what they came for.

MAGA = “My Audience is Getting Away!”

Que the ending of Inglorious Bastards