MAGA "mob" gathers outside Trump Tower before announcement, and it's all so sad (video)

Originally published at: MAGA "mob" gathers outside Trump Tower before announcement, and it's all so sad (video) | Boing Boing

Now that we all know he’s beatable and he’s been repudiated multiple times, he’s the GOP’s problem.

(Edit, yes, I know if he wins he’s all of our problem, but let’s not just be defeatest yet. After this midterm, I think we’ve earned the right to read the writing on the wall regarding Donnie’s future.)

Wonder what that cost him?

Trump is nothing if not petty and a poor turnout for his “big announcement” is really going to get under his skin. I wouldn’t be surprised if he withholds making the “official” announcement about his 2024 bid until he finds a way to muster up a bigger crowd for the cameras. Or maybe his remaining loyalists could just put a bunch of extra mirrors around the lobby to make the crowd seem bigger than it is.

Or maybe his remaining loyalists could just put a bunch of extra mirrors around the lobby to make the crowd seem bigger than it is.

It’s not like anyone in the red states would know.

Wonder what that cost him? 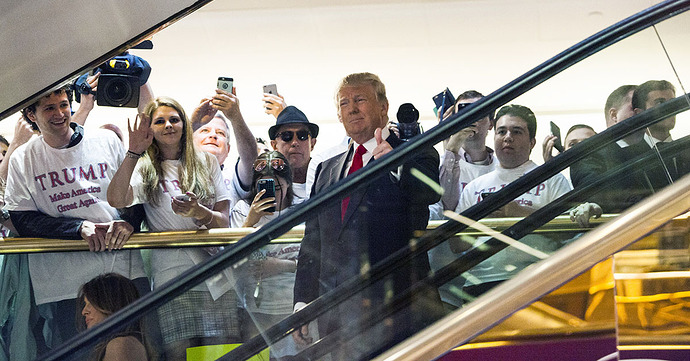 Did Trump Campaign Offer Actors $50 to Cheer Him at Prez Announcement?

The Trump campaign denied knowing a contractor hired a casting agency for the candidate's 2015 campaign-announcement rally.

It’s not defeatist to say Trump is still dangerous, and his disciples still worship him as a god. In 2016, we made the mistake of saying he could never win, and the country paid dearly for that optimism.

they stomp on a flag of Ron DeSantis

RDS has a flag now

Welp, he went ahead and did it. 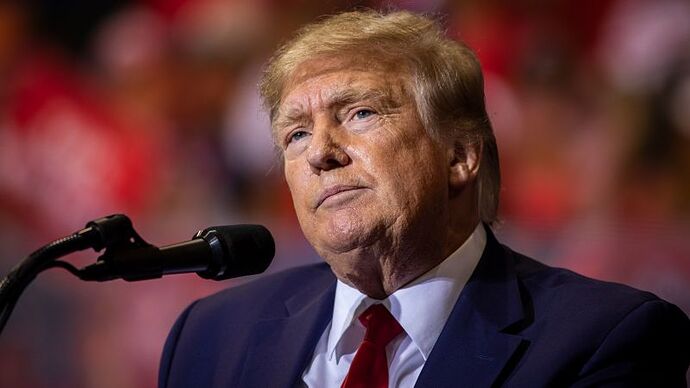 … so all the other politicians are free to campaign against him now, right?

this is very disrespectful in the Arab states…

I’m watching his announcement right now (for some reason)

Don’t forget to take a shot every time he says something really stupid.

Not like we don’t know what he’s going to announce? Why give him and Fox the views?

yeah, good point. I’m out. I can tune into npr tomorrow and probably hear about all the easily debunkable claims and whatnot

I figured that NPR or someone like that will have the relevant points tomorrow, too… Honestly, I can’t even stand to listen to the man for more than a minute or so… And that started pretty early in his tenure as president…

I can tune into npr tomorrow

I wouldn’t say “rooting,” but this does make it much harder for DeSantis to become president, so there’s that. 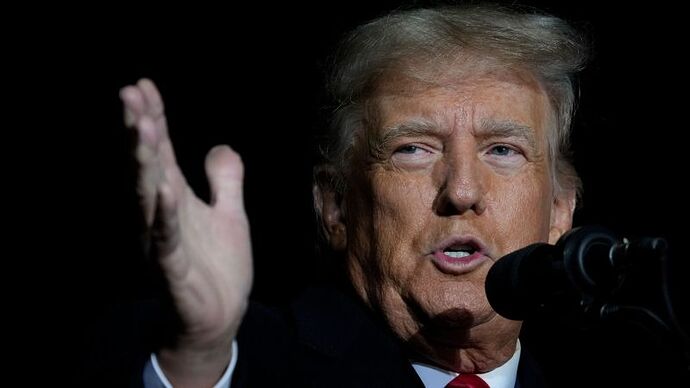 Democrats are openly rooting for another Trump presidential bid | CNN...

If, as expected, Donald Trump announces tonight that he is running for president for a third time, one unlikely group will be cheering him on: Democrats.

The only thing Dems should be rooting for is Biff forming a third party if he isn’t nominated at the convention in 2024. Really, they should be focusing on beating any Republican candidate, starting now. That’s probably a bit much to ask of the Dem establishment, though.