Trump vs Trump: the fourth debate

The beauty of stabilized and isolated mutli-track audio and video everyone. This is gorgeous.

I’m sure @Donald_Petersen can comment on how easy and fun this kind of thing is to make when you have access to all the source files. I’m not even talking politics here. I’ve been emailed the production files for a song, and have had the chance to make it something completely different because I had all the source files separated out and isolated.

I’m just pleased with the technical quality of this. But also with the fact that it displays how much of a buffoon trump is.

This was great, but Sassy Trump has spoiled me. Normal Trump just doesn’t have the same zazz. I hope the fifth debate is Trump v Sassy Trump.

People keep saying they’re both the same. That’s a false equivalence, there’s a world of difference between the two!

Next the two Trumps are heading for Kilimanjaro.

Did you see, there at the end, the bastards refused to shake hands? Disgraceful.

I was hoping for one more “Wrong!” at the and when Wallace says everyone should vote.

Very nice. It occurs to me that a version with only one Trump (and no Hillary) would also serve as a pretty good condemnation of Trump. Trump would still be interrupting the moderator, responding to questions with off-topic nonsense, attacking himself for his digressions, etc.

Did you see, there at the end, the bastards refused to shake hands?

Wrong! They never refused to shake hands, they had the best shaking of hands, really great, and the hands were perfectly normal sized with nothing unusual about them!

I’m sure @Donald_Petersen can comment on how easy and fun this kind of thing is to make when you have access to all the source files.

Oh yeah, make a huge difference in ending up with a clean product, but I’m surprised every week with how much things can be cleaned up (and on such a granular level) these days, so much more than in previous years.

One of my favorite things about the internet has been the occasional availability of audio stems and isolated tracks from favorite songs, allowing rank amateurs like me to remix and mashup in ways I didn’t used to think were available to randos like us. I love that stuff. 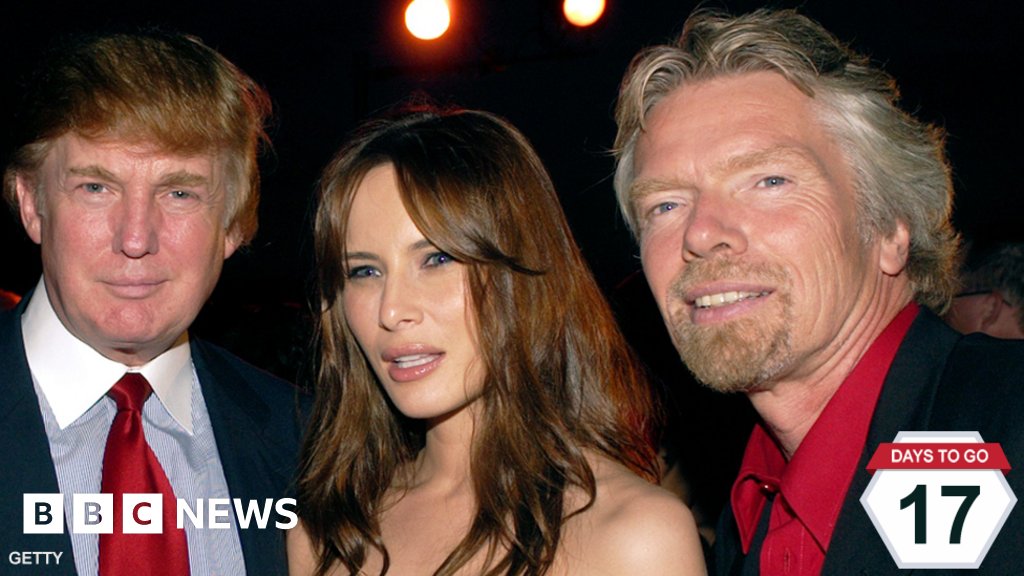 Daily dig: Branson has Trump in his sights

With just 17 days until America votes for its next president, Richard Branson steps in to give his verdict on the candidates and Joe Biden wishes he was at school with Donald Trump.

Mr Branson describes being invited by Mr Trump to his apartment in Manhattan where the New Yorker discussed his bankruptcy and the various people he had gone to for help but who had turned their backs on him.

To paraphrase something from another thread, Donald Trump seems like a crasser version of Donald Trump.

I know I’m a day late, but that was pretty much a hellish version of this.

For some of us that looks like every election…