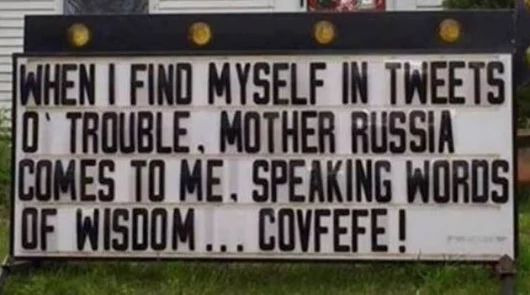 So ⊥rump’s handlers were at least able to convince him how damning it would have been to even try to block Comey’s testimony.

Or maybe they just haven’t explained the situation to him, and don’t need to, because he’s so busy badgering Sadiq Khan, via Twitter, that there’s no room left in his fevered brain for any other considerations.

One of those general rules is that you shouldn’t give orders that you know won’t be obeyed…But Trump has certainly done plenty of equally dumb stuff, and he could change his mind tomorrow.

Trump’s recent TweetJaculations were done in panicked anticipation of what is going on on Thursday.

His tweets that day are going to be so good/horrible.

“legal experts said, Mr. Trump had a weak case because he has himself publicly discussed his private conversations with Mr. Comey.”

Trump is his own worst enemy. You can bet if he fires up a live tweetstorm during Comey’s testimony (and odds are that he does) it will probably make things worse for him.

Are Trump’s tweets being vetted by a lawyer? “Not that I’m aware of,” says Sanders.

Trump’s recent TweetJaculations were done in panicked anticipation of what is going on on Thursday.

He’s so desperate for terrorist attacks to boost him that he’s trying to borrow London’s.

Or maybe they just haven’t explained the situation to him

That seems more likely, given that Trump seems like he can’t resist fucking things up for himself.

Well, both. It would have been really amusing to see him try, given that he’s already shot his executive privilege by talking about it.

I’m actually fearing this. There’s enough, tangible dirt on him to bring him down, but the media is focusing (with good reason) on the russian debacle. If this fizzles. It’ll be extremely hard to remove him, and his base will be emboldened even further.

If only he had tried to block him, and failed

This is bs, i actually got more frustrated

So apparently the fasict “wished him good luck” , wth is up with that

Technically, the president can ask the courts to issue an injunction against Comey testifying, on executive privilege grounds. He’d probably lose, and in no small way, even if the first court agreed with him.

Instead, the Justice Department could seek leverage over him by asking a Federal District Court judge for a restraining order barring his testimony. That would be unprecedented. 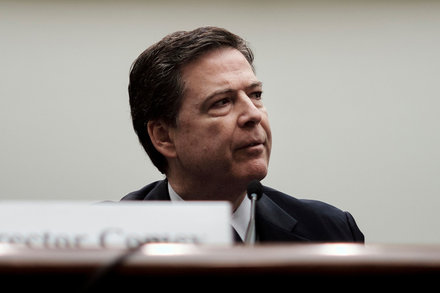 Could Trump Muzzle Comey? A Look at Executive Privilege

Executives have some power to block access to internal information, but a move by the president to prevent the former F.B.I. director from testifying could test its limits.

Yeah, the ol’ sniff test says this reeks of Donnie not knowing how executive privilege works, not caring and not really understanding just how deep the shit is. Low energy.

Or, he’s so delusional that he believes the court of public opinion is equivalent to a congressional investigation and as long as he can convince his base that he is the victim he’ll be fine.

Honestly, I think it’s a combination of all of the above. And the damndest thing? So far, he’s right.

He’s so desperate for terrorist attacks to boost him that he’s trying to borrow London’s.

Trump and the GOP must be praying for loads of civilian deaths.

Yeah, but it’s only Monday.
I hope he tries.

This. Apparently his NATO speech had a part where he reaffirmed US commitment to Article 5 and he abandoned it at the last second.

We should know by now: whatever his people say isn’t going to happen? It’s gonna happen.