He’s unfortunately not verbally proficient enough to state ’ Your duties will be to answer like a dog when I call.’ 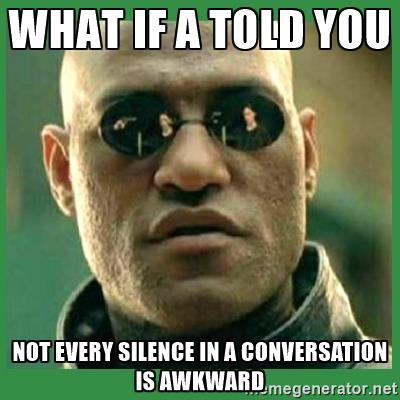 On the morning of March 30, the President called me at the FBI. He
described the Russia investigation as “a cloud” that was impairing his ability to act
on behalf of the country. He said he had nothing to do with Russia, had not been
involved with hookers in Russia, and had always assumed he was being recorded
when in Russia. He asked what we could do to “lift the cloud.” I responded that
we were investigating the matter as quickly as we could, and that there would be
great benefit, if we didn’t find anything, to our having done the work well. He
agreed, but then re-emphasized the problems this was causing him.

That should probably read January 2017.

Don’t get me wrong…I believe everything Comey says is truth and everything that comes from 45’s lips is a lie; however, will it matter? 45’s base is just going to scream that Comey is a vindictive liar for having been fired and will continue to believe everything 45 says. 45 will continue to scream that the news is fake. The GOP will cower and refuse to do anything because in the end their bank accounts will be growing.

The truth no matter how ugly won’t make a difference.

I found this bit interesting (emphasis mine):

(I did not tell the President that the FBI and the Department of Justice had been reluctant to make public statements that we did not have an open case on President Trump for a number of reasons, most importantly because it would create a duty to correct, should that change.)

The President went on to say that if there were some “satellite” associates of his who did something wrong, it would be good to find that out, but that he hadn’t done anything wrong and hoped I would find a way to get it out that we weren’t investigating him.

It’s like 45 completely forgot how Comey’s “duty to correct” basically sunk Clinton in the end.

He said he would do that and added, “Because I have been very loyal to you, very loyal; we had that thing you know.” I did not reply or ask him what he meant by “that thing.”

not if it’s the wishful thinking kind of should

Not I. Comey’s testimony would have to be something along the lines of, “I watched him literally eat a baby.”

The GOP will cower and refuse to do anything because in the end their bank accounts will be growing.

I think it’s about political power. As long as 45 lets them hold on to it, they won’t oust him. Something has to come to light to jeopardize that, in addition to a path being present for them to hold onto power after impeachment.

With political power comes the growth of their bank accounts of course.

I think if Comey testified “Trump began to devour the limbs of dozens of young children as young as newborns while the children screamed in agony. He then revealed himself to be a demon from planet Flagnaar and told me of his plans to dominate the Earth and conquer it where humans will become a new food source for his Flagnaar brood” and had video and photographic proof!!! it still would change NOTHING.

Trumpers gonna trump. no matter what.

I do think the GOP will do something if in the midterm elections they began to lose seats or were seriously challenged. Then…maybe.

I think that’s when Trump knew he’d need to get rid of Comey.

Yeah, it wont matter at all until enough shit piles up that it actually moves the needle for the GOP base. If congress detects that it is costlier to stay with him than kick him out, they will… but I’m not sure what it will take at this point to move that needle.

TOMORROW: We open at 9:30AM & buying a round of drinks for the house every time @realDonaldTrump Tweets about the #ComeyHearing! #ThisTown https://t.co/7xX4btxKoC

Yeah, it wont matter at all until enough shit piles up that it actually moves the needle for the GOP base.

Or something criminally damning that sticks to not only the Prez but his staff, and other high ranking party members. I think given what we’ve heard, that’s a high bar to clear.

This presidency is a drinking game now.

The base is moving.

Donald Trump’s Base Is Shrinking

A widely held tenet of the current conventional wisdom is that while President Trump might not be popular overall, he has a high floor on his support. Trump’s s…

How Trump’s Least Enthusiastic Voters Feel About Him Now

Nearly five months into his presidency, President Trump’s voters, even the most skeptical ones, are sticking with the president. In April, I first wrote about a…

Or something criminally damning that sticks to not only the Prez but his staff, and other high ranking party members. I think given what we’ve heard, that’s a high bar to clear.

True– if they can manage to unravel one of them by getting them thinking they’re close to actual handcuffs, that individual could pull the whole thing down.

Sneaking suspicion that Union Pub will be losing a lot of money tomorrow.

You’re likely correct that it won’t matter to the GOP and their hardcore base with a few possible exceptions like John McCain. But this could still matter big-time in terms of the 2018 midterm elections, which may well ultimately decide whether or not Trump is impeached. It’s becoming harder and harder for swing voters to defend the belief that the two major parties are equally corrupt.