Trump's name is perfect for him: a "braying, bumptious mountebank" who repeatedly fleeces his gullible marks

Originally published at: Trump's name is perfect for him: a "braying, bumptious mountebank" who repeatedly fleeces his gullible marks | Boing Boing

He provides a good case for re-entering the name in the thesaurus as a synonym for a grifter and charlatan. Preferably with a textbook illustration.

I was glad the actual article was a link bomb that even reminded us of Trump’s pre-presidency crimes. I was expecting essentially anotherf “Guy plays bass to a supercut of Trump saying ‘china’” level of helpfullness. but this is just a nice attention-grabbing headline for something with some purpose. 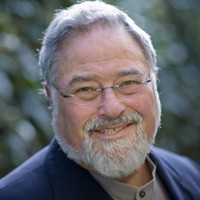 A Voyage Into Sound Symbolism by George Lakoff As strange as it may sound, the sound symbolism of a name has become an unnamed central issue in the 2016 presidential campaign. As a cognitive lingui…

Yet he’s ruined (along with so much else) a perfectly good word (noun or verb), by his draft dodging grandfather changing it from Drumpf. A charming family at least back two generations (grandpa ran a brothel as part of the Klondike gold rush).

Every-time i try a hand of bridge i wish for another word.

I am fascinated by aptonyms in general, and the concept of nominative determinism in particular, even though I don’t think there’s much to it, given stories like that of Winner and Loser Lane. A real story, as far as I can tell, of a man named Winner becoming a criminal, and his brother Loser becoming an NYPD sergeant.