Trump's NSA will be able to share its firehose of surveillance data with 16 government agencies (Thanks, Obama)

Obama really does deserve some scorn for continuing, and expanding, the constitutional abuses of GW Bush. There really is no better example than a Trump presidency of the dangers of handing unfettered powers to a Tyrant in the office of POTUS. Thanks largely to 9/11 fears and the bi-partisan rush to be strong on terrorism, we now have very little effective tradition in congress of opposing authoritarian powers for the Executive Branch…

I guess that the time has come to withdraw all your references to real life from the net, get that VPN connection and start using TOR for your every day browsing.

You’re right, scorn away. I’m sure the President will feel bad and reverse all this in the coming week.

As a fine point, I think 9/11 was only the excuse they needed. The PATRIOT Act was already drafted, and so were preliminary plans to invade Iraq. They didn’t need the Democrats - they are happy to abuse a 1-vote majority and call it a mandate.

How are you feeling, America?

The symbol image doesn’t look like American fire fighting equipment at all, it looks like a German 3-way splitter with A/B/A Storz couplings. Given that the EU is surveilling the fuck out of its citizens, too, I guess it’s appropriate. 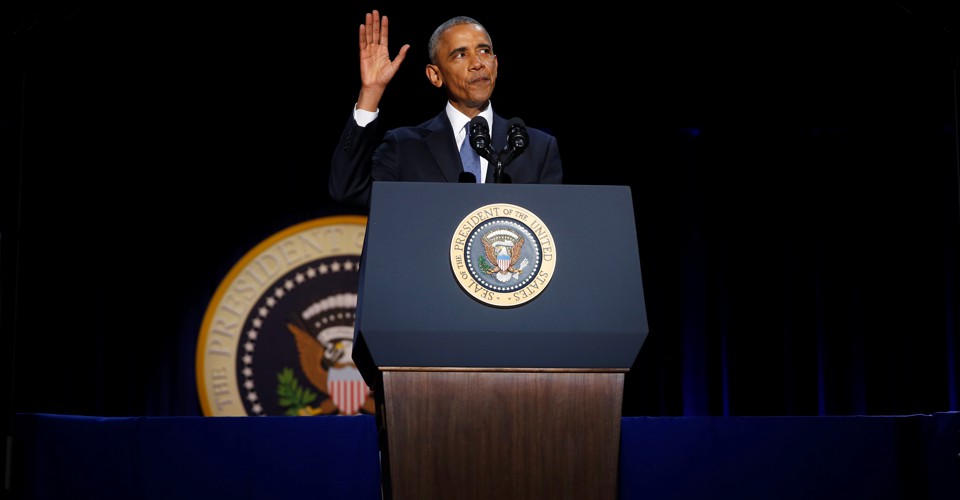 The president's new surveillance rules may be designed to prevent privacy losses in the future.

Interesting take here. I definitely don’t agree with some of Hennessey’s comments (“I think people should feel reassured that the rules cannot be violated—certainly not without it coming to the attention of oversight and compliance bodies” LOLOL), but her overall thesis here is worth noting. It possibly made sense for Obama to finalize this rather than leave it for the Trump administration to tack on even broader powers.

I don’t necessarily agree, but it does seem strange that Obama would expand these powers as Trump enters the presidency, given Obama’s concern about Trump having ANY of these. So the logic here makes potential sense.

What also might be a benefit is that the US Intelligence Community clearly fucking hates Trump. So there might be resistance on their part if he starts requesting more illegal surveillance.

More proof, if needed, that the Internet is an awesome source of random info. Thank you for sharing.

Unfortunately, that’s not as secure as you might expect, but it is perhaps better than nothing. If you really want to go all Kaczynski, your best bet is to stay off the net. Then it’s just the real world surveillance you need to worry about.

Saying ‘16 Government Agencies’ is is selling it a bit short. This counts e.g. Department of Homeland Security as one ‘Agency’.

DHS alone includes FEMA; TSA; Customs and Border protection; Immigration and Customs Enforcement; Secret Service; and others that you may not have heard of.

Give that data to that many agencies and you are pretty much guaranteed it’s getting in to the hands of foreign powers as well.