Will he be allowed to use Twitter from prison?

One of my worst fears* is that this piece of shit will be chosen as vice president by Pence after Don Jr. goes to prison, resigns, dies, or is reduced to a babbling ruin by a stroke.

*Worst political fears. Doesn’t hold a candle to be chased naked through the darkened halls of my elementary school by a faceless clown with a chain saw.

WASHINGTON—As criticism mounted over the country’s alleged role in the disappearance and possible death of journalist Jamal Khashoggi, the Trump administration reportedly urged the leaders of Saudi Arabia Friday to stick to killing random Yemeni...

Just exactly how much are Ⱦrump and the Kushners into Saudi Arabia for anyway?

I wonder if this means that Barbara Walters should be abducted, tortured, murdered, then dismembered for her interview of Fidel Castro.

*Worst political fears. Doesn’t hold a candle to be chased naked through the darkened halls of my elementary school by a faceless clown with a chain saw.

Seriously, there is no bigger clown than Don Jr. I’m surprised that no one has registered an egg with his face on it yet.

The Clown Egg Register: photos of the painstakingly painted eggs that English clowns stake their faces on boing

How casually he equates democracy with terror.

According to an NPR interview I heard with the guy that ghost wrote Don Sr.’s books, Eric is the only one in the whole clan with any brains at all. People underestimate him because he looks like a cross between Odo from DS9 and a potato.

Edited because of stupid auto correct.

Edited again to clarify that any opinions expressed regarding Eric’s appearance are my own and should not be construed as impugning potatoes or other nightshades. Construe what you may about DS9. It gave me a rash.

Those would be the American-backed fighters, right?

Stupid son-of-a-clown can’t remember when he last changed his underwear!

I’m so sick of that whole entire pestilence of a family.

Well, if you discount the bots, the Russian trolls and the fake accounts, he’s got, um, three?
(Alas, I wish that were true. Sure, a lot of them will be “unreal” but not enough.)

I’m so sick of that whole entire pestilence of a family.

A to the fucking Men!
I don´t know about Barron (give him a few years, maybe he turns out to be the black sheep of that dreadfull kinship and actually becomes be a decent person), but the rest of that clan is just as vile, wretched and despicable as the OB.
Oh, and stupid. The whole lot of them is so incredibly stupid.

I don´t know about Barron

He might be the only one I’d give a pass to… maybe.

Peter Arnett interviewed Bin Laden back in 1997. I guess he should get the same treatment too?

Yes. It stands to Trumpian reason.

Don’t give the Trumpkins ideas. 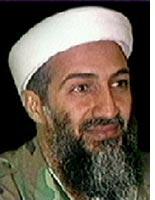 How Reagan made a terrorist kingpin of Osama.

Earlier this week, I cited recently declassified documents to show that Ronald Reagan did indeed play a major role in ending the Cold War. Now it's...