I’m still trying to figure out what Tucker is claiming here. The FBI under Bill Barr instigated an insurrection? Okay, why? Because they wanted Trump to stay president? Is that what he is claiming?

When Tucker had to fire his top writer, for being found out, he should have hired a replacement that didn’t also check all the boxes. 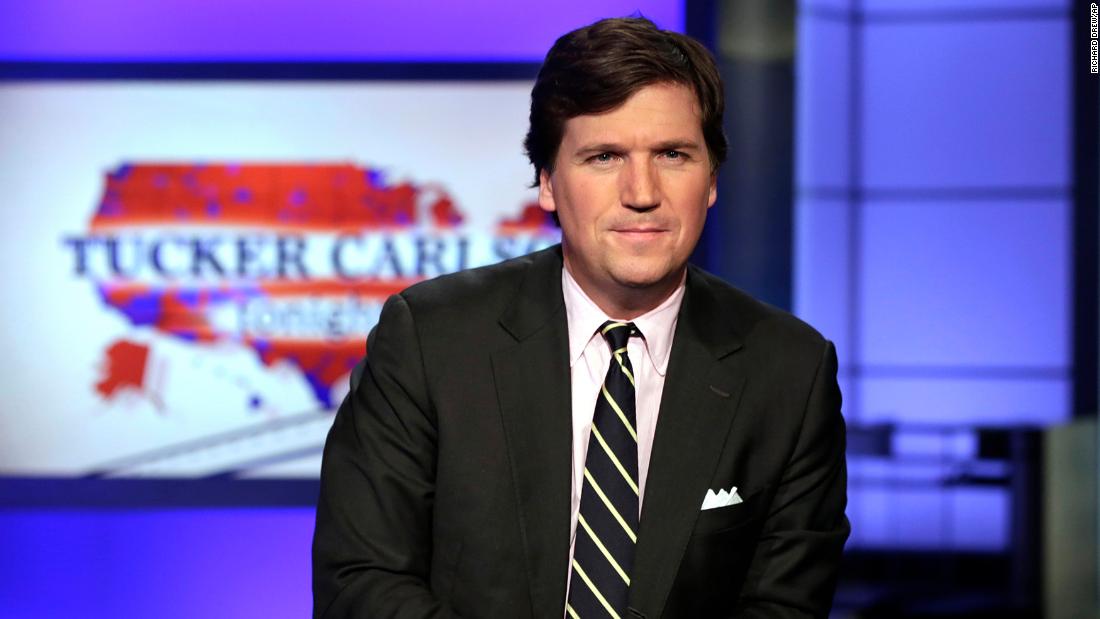 Editor's note: This article quotes racist, homophobic and sexist language, much of which has not been censored.

Wait, wait, wait. Unnamed, “unindicted co-conspirators” means “FBI” according to Tucker? Does he think Trump is in the FBI? Because he’s certainly shown up in plenty of documents that way. And really should be so named here, too:

Trump attempted a coup. Now there are emails that prove it.

After he lost the election, Trump attempted a coup to keep himself in power. Trump hasn't been successful — but his no-holds-barred effort to overturn the election continues.

Just keep Democrats busy trying to debunk the crazy instead of talking about how it was a failed coup.

Yeah, you know this is what’s going on when you see particular individuals proposing explanations for the riot that not only are ridiculous on their face, but blatantly contradict something they previously said. Over and over. With a smirk.

The FBI under Bill Barr instigated an insurrection? Okay, why? Because they wanted Trump to stay president? Is that what he is claiming?

Only accidentally is what he’s claiming. (Though Barr was gone by then, as Trump pushed him out in favor of someone more willing to stage a coup.) Tucker’s counting on his audience not actually thinking through what he’s saying.

Well the Antifa in DC that day were well behaved tourists…

Tucker had to fire his top writer, for being found out,

I’m still waiting for his makeup person, or maybe a camera operator, to snatch off his wig on air.

So Tucker, what I hear you saying is that FBI Director under Trump’s administration Christopher Wray, was either leading the insurrection against the lawfully elected representatives in Congress, or his subordinates were. Persons 2 and 3 were working for indirectly for Trump, who kicked off the insurrection with his famous speech where he told his supporters to march down Pennsylvania Ave, and ‘fight like hell’.

Is that what you’re saying Tucker? That Trump and his cronies started the Insurrection? Because for once, I think you’re right.

Though Barr was gone by then

Oh right. It was Jeff Rosen. Wait could it be that Tucker is claiming that Bill Barr resigned right before the FBI had a plan to incite insurrection against the United States to overrule the results of a valid election? In other words, the plan for the FBI to incite an insurrection was coming from an even higher level of government? Is that what Tucker is saying? 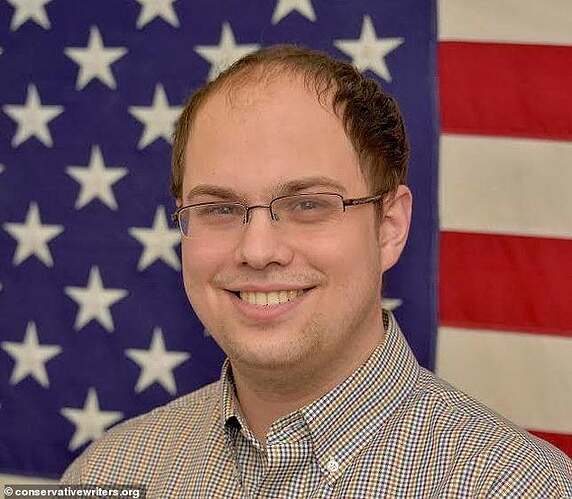 I’m still waiting for his makeup person, or maybe a camera operator, to snatch off his wig on air.

Or – poetically – for an American Bald Eagle to swoop down and carry it off for nesting material its chicks can shit on.

OH, I remember that guy.

Tucker’s counting on his audience not actually being capable of thinking through what he’s saying.

I mean, we now have solid email evidence that Trump was directly trying to order the DOJ to do a coup for him, and Barr’s unwillingness to be a part of it is why he was fired.

Not that Tucker is “saying” anything. He’s just making mouth noises intended to distract you from thinking about what was actually happening with the riot. We’re not supposed to think about what his mouth noises actually mean. It’s like saying “antifa did it.” What we’re supposed to understand is that antifa or the FBI made up a significant portion of the rioters, organizing the event and working hard to enact a coup - which was almost successful - even though it was the opposite of what they actually wanted to accomplish, with the sole purpose of making Trump supporters look bad. That obviously is incredibly fucking stupid - but don’t think about it! Just get distracted from the real world.

We’re not supposed to think about what his mouth noises actually mean. It’s like saying “antifa did it.”

Yes. For all the sense Tucker the Fucker makes, he might as well be talking some doggo language. 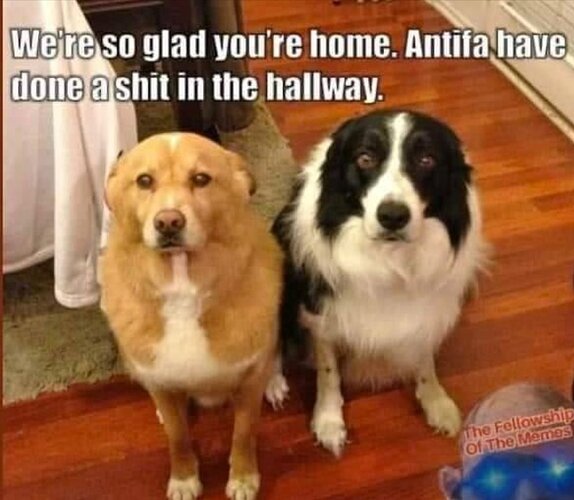 Oh, Tucker can think things through, to some degree anyways. I mean, he’s obviously not a terribly bright lad, but he’s (barely, perhaps) smart enough to know when he’s peddling total bullshit. It’s just that he’s so morally bankrupt he doesn’t care, so long as it advances his interests (e.g. white supremacy).

And (some) of his audience are capable of it, too. They just don’t/won’t. Ever.

They just don’t/won’t. Ever.

If they don’t or won’t, eventually they can’t. The brain is a muscle and needs exercising. If all it does is the same old shit and lets others do its actual thinking, it atrophies. I suspect many of their brains look like walnuts at this point. Dried, shrivelled, rancid walnuts.

It’s just that he’s so morally bankrupt he doesn’t care, so long as it advances his interests (e.g. white supremacy).

Hmm, he might be a genuine white supremacist. I suspect, though, that he’s instead a cynical nihilist, one who will say anything to attack the left and assuage scared white people, because that advances his primary interest: his paycheck.

It is true that a distressing number of military and law enforcement personal were involved in the insurrection.

The FBI’s siege of the Capitol using white male republicans as mere pawns.
Just walk them off the edge of the flat earth already!

It is true that a distressing number of military and law enforcement personal were involved in the insurrection.

Are you implying that supports what Carlson is saying about the FBI? (which it doesn’t)

throwing EVERY possible exculpatory explanation against the wall to see whether any of them stick. … It doesn’t matter whether the contradict each other,

Parents of very young children will be particularly familiar with this trope.