This seems completely unsurprising. For years I’ve been reading about studies that indicated that gut flora had a big impact on calories we extract from food. There are so many known (albeit not necessarily completely understood) mechanisms that cause weight gain that have nothing to do with caloric intake that anyone whose response to obesity is, “Put down the cheeseburger” shows themselves to be completely ignorant (and an ass).

So he did… I just jumped right to the article

here are so many known (albeit not necessarily completely understood) mechanisms that cause weight gain that have nothing to do with caloric intake that anyone whose response to obesity is, “Put down the cheeseburger” shows themselves to be completely ignorant (and an ass).

Well, when maybe not when it’s the second or third cheeseburger. Nor when it’s a fabricated cheeseburger whose name should have quotation marks around it because it has so much other than wheat, meat, and vegetable in it.

The science seems sound, we need a better name…

And on a sidenote, who knew the British variant to fecal is faecal?

If someone who doubts Pres. Obama’s place of birth is called a “birther” does my skepticism about this procedure make me a “pooper”?

What, are you scared of words ?
It’s still a pill of shit to be eaten by sick people !
(a pill full of good shit, that is…)

Yeah, there’s evidence of a leptin change caused by gut flora, but there’s also substantial evidence that one’s gut flora determines how well certain types of foods can be digested and the calories that are obtained by the body as a result.
Even related people in the same environment tend to have different gut flora to some degree, and they can change a good deal due to diet, antibiotics taken, etc., so they diverge over time as well, especially for family no longer living together.

I really expected to read something about sugar alcohols (xylitol, mannitol, etc) in your link and I was surprised that the USDA didn’t mention them.

Oh yes, that reminds me of the Wired article about Hazda gut biomes. 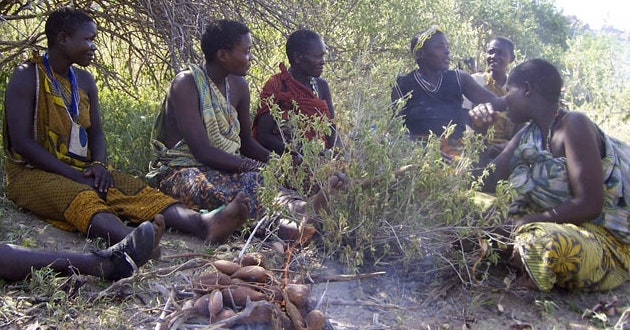 In Western Tanzania tribes of wandering foragers called Hadza eat a diet of roots, berries, and game. According to a new study, their guts are home to a microbial community unlike anything that's been seen before in a modern human population --...

Well, when that’s based purely on an assumption of what the obese person’s diet consists of, it’s ignorant. Many people, when talking about obesity fall back on the “well, they should eat better and/or exercise.” That’s pretty much true for everyone - it doesn’t necessarily have anything to do with the cause of an individual person’s obesity, as they might have a better diet and exercise more than most thin people.

Its just a branding and delivery issue… pro-biotic yogurts are essentially the same thing.

Well, except for the fact that none of the pro-biotic supplements/food have a lasting impact. You have to keep consuming them on a regular basis, as the strains of bacteria they use don’t last more than a few days after ingestion. Also, none of the ones I’ve seen have a significant impact on body composition.

If we should DIY fecal ecological systems transplants, we could call them Fecology: The Good Shit!

What would be very interesting would be the reverse: overweight people who lost weight dramatically after getting fecal transplants from skinny people

Indeed. Although animal models of obesity (and other metabolic disorders) tend to have trouble transferring over to humans[1], this is extremely interesting. I would certainly be willing to explore that option if it actually works.

[1] Witness the number of times that scientists have figured out cures for diabetes (both Type-1 and Type-2) in their mouse models. None of them have proved effective in humans.

Question # 1: Since the woman was suffering from c.difficile - with nausea, vomiting, diarrhea - wouldn’t she be dealing with the malabsorption of nutrients due to this infection ?

Question # 2 : Is a 36 pound weight gain over one year a stupendous amount ? If her BMI during her illness was 26 and she now measures a BMI of 32 (I think?) - and her daughter is also described as obese doesn’t this suggest something familial, like genetics or social like diet/activity level ?

That said - I HAVE read about theories of different gut flora influencing how a body metabolizes food.

Dropping the kid’s off at a neighbor with his own pool?

Letting the neighbor drop your kids off at the pool?

What about bacteria that could break down cellulose, so it could be digested by humans? Would solve quite some food-availability issues, and I heard some noise some time ago about this being researched by military, perhaps for the special-forces troops.

Then there’s the potential to synthetize vitamins (not only the K and the few others that the critters already do, but a wider gamut) and essential amino acids.

It would be an interesting study in unintended consequences, if nothing else. Cellulose makes up an important part of our diet as it is - it’s indigestible fiber. We’re still finding new ways that fiber in the diet contributes to health - not just our guts, but even mental function, etc. What happens when we don’t have that, anymore? A huge increase in colorectal cancers, etc? (I’m imagining a scenario where the military develop such a thing, but being a gut bug, it spreads through the population, creating horrible health problems as it does so.)
It would also likely take more than some new bacteria to really get some benefits from it, too. We don’t have the kind of stomachs that allow cows to digest it, and the protists that do the work for termites apparently cause serious parasitic infections in humans.

Okay. I gave my buddy Billy Ockham a call to get some clarity about this. I told him the details and his response was complicated. He said something about not invoking entities unnecessarily. I didn’t get that part. The short version was this: Woman is sick for a long time. Gets better. Gains weight. She got healthy and can eat again. That’s it.

He is always right.