“Read the fine print: you have to eat the shells too or the offer is void.”

Such an American indulgence - the All You Can Eat buffet. What an example of hubris and decadence rolled into one.

While the thought of eating at a place like Golden Corral literally turns my stomach (not in a good way), I have been known to enjoy the occasional AYCE sushi offering. What I like about these places are the rules that stipulate you must pay extra for any pieces you don’t eat. That means you have to approach these situations with a strategy: 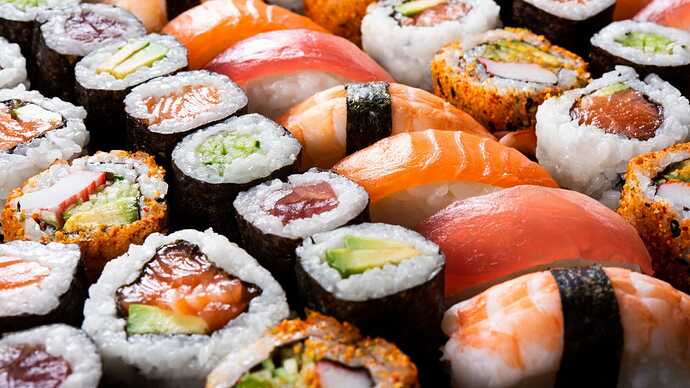 How to survive an all-you-can-eat sushi buffet

Ah, sushi—that most delicate and indulgent of dinners (or, if you’re an absolute daredevil with a death wish, the most dangerous thing to grab from a Walgreen’s end cap). Sushi places have been a staple in America since the 80s; born from post-war...

Also good advice when dining at a Brazilian churrasco: 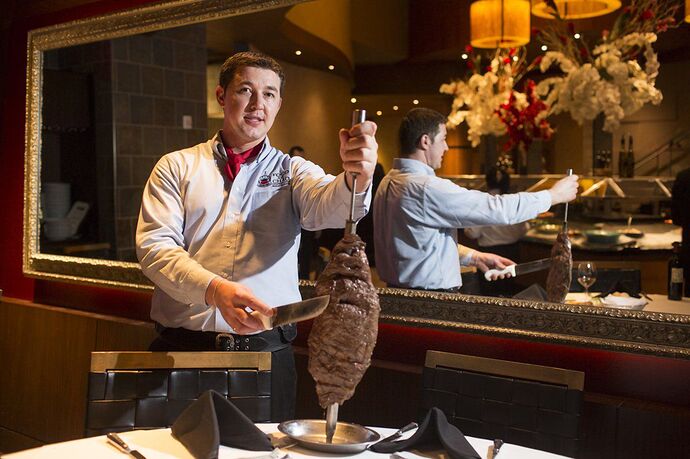 How to pace yourself at Brazilian steakhouses like an Olympic eater

It takes an Olympic eater to cross the finish line at Brazilian steakhouses.

Red Lobster is still a thing? I thought the only thing left was the rolls mix at the supermarkets.

“there is nothing on that plate but gristle and fat!” – Roman, Dan Akyroyd’s character in The Great Outdoors. 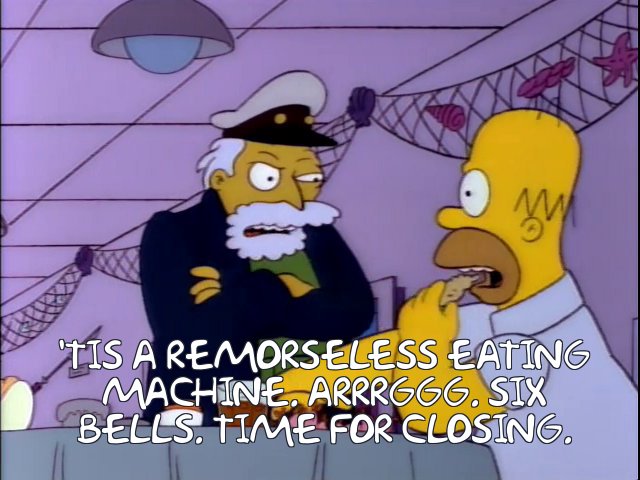 (bless frinkiac and all those who sail 'pon 'er)

Such an American indulgence - the All You Can Eat buffet. What an example of hubris and decadence rolled into one.

I hate buffets so much. First of all, for me personally, I can only eat a plate of food. I have no desire to eat until I feel sick. So generally, the price/food ratio does nothing for me. Second, people touching/breathing on the food grosses me out.
My in-laws LOVE a buffet and always wanted to go to one of the indian casinos in east county when they came to visit. It’s like 50 bucks a head for it. We agreed one time (which was the last time) and I watched a man hit up the crabs. He was pawing through them, breaking off the claws and throwing the rest back on the pile.

I confess, my partner and I have been to Golden Corral for all you can eat shrimp (twice). Of course things were tougher then. It was back in the day when we used to grab wads of napkins from KFC instead of buying paper towels.

In the restaurant world, this is considered the f’ up of all f’ ups. Holy Forkers, I do not miss that shitshow of the Food Industry.

The ONLY time this worked was my company Xmas party - our city ended up getting the owner’s son as the rep from HQ. We had been given only two free drink tickets each. When Jr. heard about this, he went up to the podium and said BS, open bar… I run things, executive decision, open bar.

Cost the company much less than $400M though.

When I was a kid, I loved going to Furr’s for their buffet but honestly as I get older I just want good food, not a ton of food. It’s weird how in the US we keep going with quantity over quality. The best food I’ve had was from a sushi place and I didn’t get all that much, it was worth every penny.

Pre-COVID, I really enjoyed an Indian buffet. But no matter how hard I tried, I always filled up too dang quickly. 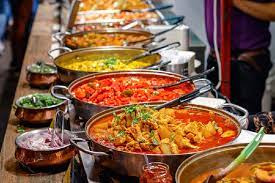 Some buffets (usually ones where buffet is an occasional feature and not the whole business model) can be pretty good, but rarely worth the money. I haven’t been able to eat more than two plates of food at one since I was a growing teenager.

I think I actually remember some of the commercials for this all-you-can-eat crab thing when it happened. Mostly close-ups of lemon slices spraying juice everywhere. For some reason Red Lobster commercials assumed everyone likes their seafood absolutely drenched in lemon juice.

Wow, that’s a potential disaster. Somebody gets drunk at that open bar Xmas party and decides they can drive home themselves, gets in a wreck and kills someone, your company would likely have some liability.

I’ve been at Red Lobster 25 years. We have never had an all you can eat buffet. Ayce crab yes.

Did these sound like the actions of a man who had “all he could eat”? The Simpsons - Homer At The Buffet - YouTube

“As a general rule, it’s dangerous to bet against the hunger of American consumers.”

That said, here are some more non-Medium takes:

Into the Heart of Darkness of Red Lobster’s Endless Crab

SHELLSHOCK: ‘ENDLESS CRAB’ IS THE END FOR BOSS AT RED LOBSTER

After clawing her way to the top at Red Lobster, Edna Morris is out as the chain’s president for letting hungry customers eat too much of its all-you-eat crab dinners. She tried to boost prof…

I’m not an arthropod eater myself, but I’d think anyone who has ever witnessed an American buffet could have predicted this.

I’ve been to a Vegas buffet, and been in awe at the engineering marvels that are some people’s plates of crab legs. My first thought is “Don’t they understand that they can just go back and get another plate?” and “Holy crap. I don’t think I could eat that much food in a single sitting, much less a single item…”

Edited to add that I was informed by my companion (a resident of Vegas) that these people do go back and get more. They’re building huge crab leg haystacks because they don’t want to have to wait in line as many times…

I mean, I did go for the buffet at the Grand Aleutian. When in Rome Dutch, what ya gonna do?

I’ve been to a Vegas buffet, and been in awe at the engineering marvels that are some people’s plates of crab legs.

I went to the buffet at the Bellagio a few years ago specifically for the crab legs - was shocked to find out the price was close to $50/person!!

I guess the days of $5 prime rib to lure in gamblers are over.