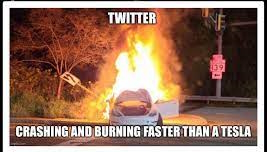 Who would have thought that major consumer brands wouldn’t want their ads appearing amidst a roiling cesspool of Nazis, incels, and white supremacists?

Answer: not that super-genius champion of free*-speech absolutism, Elon Musk.

[* Offer void if you hurt his fee-fees]

Even if they want their ads to appear, who do they call or otherwise contact to get that done, especially outside the US?

Not only is there no one left to answer the phone, he’s auctioning off the phones as well.

The surprising thing is that it’s not much worse, of course.

Some perspective would be useful. To what does “ad revenue is down 40%” equate? Does that mean it’s down to, say, February 2020 levels?

I assume that there’s a full software suite of tools for advertisers to use, for planning campaigns, pricing, targeting, results with breakdown and graphs, etc.

Luckily it can run fairly independent, with a robust API back to Twitter.

Oh dear, how’s he going to pay that $1.5 billion in interest on his loans now? Reading about that, it sounds like Elno is going to have to do some restructuring of his debt with the banks, which gave him $13 billion for this acquisition - which is just about what the company is now worth. Absurdly, Twitter itself is apparently liable for the loans*, not Elno, so sadly he’s not going to lose $13 billion in Tesla stock, but he’s going to have to find the money from somewhere eventually if he wants to keep Twitter.

*I still can’t get over what a complete farce the loans were, and the negligence bordering on malfeasance by the banks in giving him those loans. Here Elno was, wildly overpaying for a company that on a (rare) good year was only marginally profitable, wanting to saddle it with $1.5 billion in annual debt, with absolutely no plan for what to do with the company, much less how to increase its revenue many times over, and the banks didn’t even make sure their multi-billion dollar loans were going to get paid back. Let the whole saga of Elno and Twitter once and forever destroy the myth of the meritocracy and demonstrate that financial institutions give the ultra-wealthy sweetheart deals even to their own detriment.

Well, it’s a billion dollars in revenue. Comparisons with Feb 2020 ($1.3 billion revenue in its fourth quarter) aren’t necessarily super helpful as Twitter’s spending right now is different than it was in 2020. Which I suspect, despite the layoffs and slashing of services, they’re paying - long term, anyways - more, as they still owe most of those workers paychecks, back rent to landlords, legal fees and fines for failure to pay the above, etc. Not to mention the total revenue doesn’t even cover the interest payments on the new debt…

This is not a problem if you play 20D chess. Just fire 10000 more employees and stop paying for services and buildings. Easy, scalable, infinitely repeatable tactic that only smart people know.

And now they’ve offed their most popular 3rd party apps…this Musk guy sure is some superbrain!

Funnily enough, I did work on a dashboard for doing cross platform ad tracking for a few years, called Refined Ads. It was bought by VisualIQ, which in turn was bought up by Nielsen. One of a few products that helped manage ad campaigns across Google, Facebook, and so on. Twitter was the hardest nut to crack.

Which in the end hurt Twitter, I suspect, as marketers were truly interested in if a conversion happened because the visitor saw only one ad, or ads across multiple platforms, and so on. Not just to drive conversions, but also to stop wasting money on ads that were contra productive.

which in turn was bought up by Nielsen.

(A human wave of contractors project. A shake-up in the board of directors shut that down.)

I wonder why Musk doesn’t think keeping advertisers happy is important. Does he think he can charge every Twitter user $8/month? (“What’s $8/month? Am I right?” “Yes boss!”)

Twitter’s march toward becoming the first choice for fascists continues. 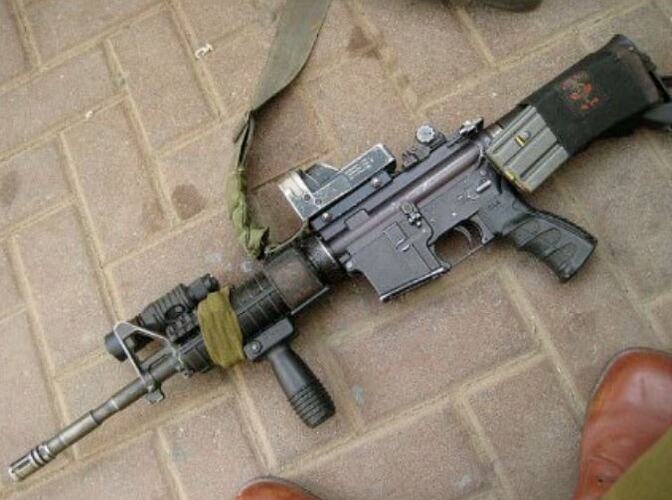 Attacks on U.S. Jews and gays accelerate as hate speech grows on Twitter

Former employees and online researchers say an increase in physical attacks in the United States tracks with spikes in some categories of hate speech on Twitter, notably antisemitic and anti-gay slurs and rhetoric.

Also, called it back in October.

As for Truth Social, if von Clownstick is let back onto Twitter then Nunes will join the ranks of those betrayed by the grifter-in-chief 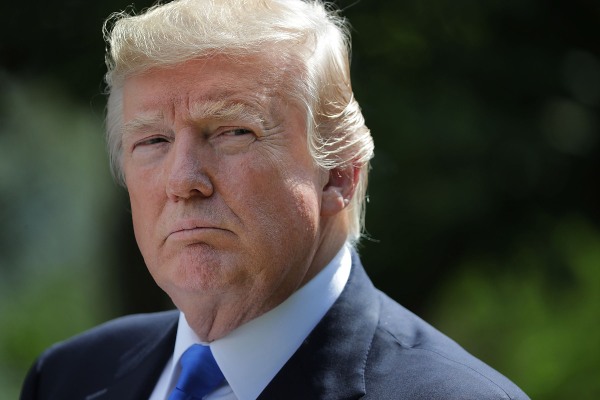 Trump Looks to Ditch His Own Social Media Site