If you just presume that the only twitter user whose experience matters is a thin-skinned manchild who may recently have exhibited some historically bad judgement in matters of business, it’s not even false to say that critical articles may disrupt people’s experience.

With all the people he no longer has employed, how do they find the time to hunt for articles criticizing Der Fuhrer?

Going forward, accounts engaged in parody must include “parody” in their name, not just in bio

That’s… not how humor works.

Knock knock! Please note that I am not actually knocking at a door. I am verbalizing a rough approximation of the sound of a person knocking as a part of the set-up of a joke based on an unlikely discourse between two individuals.

Who’s there? I should note that I, the second person in this humorous dramatization, actually do know the identity of the person who made the knocking sound but I am playing through this scenario for comedic effect.

Nobel. Though in actual fact my name is not “Nobel.” This is another part of the joke.

Nobel who? This, too, is a question I’m asking as part of the joke as “Nobel” is a very rare name so it seems unlikely I would know more than one person who would identify themselves that way in any event.

Nobel… that’s why I knocked! This is a play on words that serves as the punchline for our humorous fictional exchange, as “Nobel” is a homophone for “no bell.”

Sorta related: I signed up for mastodon (im still not sold on it but anyway…) and when I tried to post a link on Facebook so friends there could follow me if they had accounts, Facebook repeatedly marked it as spam and I just gave up…

The warning had been removed as of Saturday morning after multiple media outlets – including this one – reported on it… i.e., called out Elon as a cry-baby, spoiled toddler

Fixed it for ya, there, Mediaite.

So anyway… this is just another example where Elon has no one in his orbit who would say, “Dude… that’s a stuuuuuuuuupid idea!”

Mediate is a spammy web site. In almost all cases I landed there, the content was junk, so the warning was probably well deserved. In any case, there are so many Musk haters/bashers including on Twitter that the thought that Twitter tries to go after them is silly.

Mediate is a spammy web site

multiple media outlets – including this one – reported on it.

I understand the journalistic impulse to establish a record, but is a public tweet really breaking news, guys? I mean, it’s not like you’re Buzzfeed.

It is the mark of a truly robust joke, that I still laughed at the punchline.

That’s… not how humor works.

Honestly it is not as long or as hard a read as it may at first appear, and it has a fair few good belly laughs in it, too. 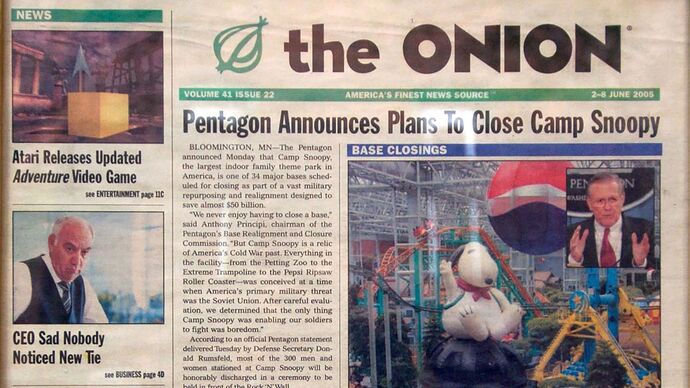 The Onion's Supreme Court brief supporting a man arrested for parody of the...

Enjoy The Onion’s hilarious brief in support of a man arrested for mocking local cops with a Facebook parody site. The man at the center of the case, Anthony Novak, was arrested in 2016 after…

Elon can get at least a chapter. 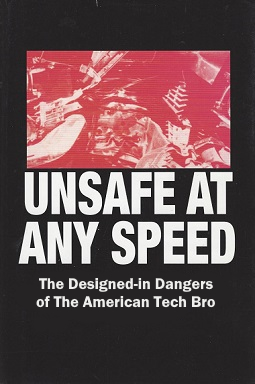 also going forward jokes must have their punchline in the title.

This joke is called “The Aristocrats!”