Twitter deal all but complete, Musk moves on to Manchester United

Originally published at: Twitter deal all but complete, Musk moves on to Manchester United | Boing Boing

Whatever you do, just stay the fuck away from Carlisle United, EM. We have already had bad experiences from owners who couldn’t buy Man United, and I would honestly prefer to have Michael Knighton and his UFOs back over EM.

Musk and ManU deserve each other.

Gonna assume he’s after the WAGs?

Every Musk headline should just be: “Elon Musk again desperately wants attention he neither warrants or deserves.”

Christ, what an asshole. [Honestly, at this point that’s sort of my default response to Musk doing or saying anything, and it’s always appropriate.]

I mean, it’s not like there’s overlap there, anymore, there’s just a big ol’ chasm caused by Republicans moving to the far right. He’s pretending that’s somehow a centrist position - except it’s actually somewhere between far-right and center-right. He’s been flirting with fascism and pretending he’s a centrist. FFS.

I’ll believe if it happens.

So the man famously unable to stand being mocked wants to move into … football?

“No, this is a long-running joke on Twitter. I’m not buying any sports teams,” Musk said, when asked by a user if he was serious about buying the club.

Alex Ferguson is a director of Man Utd, and he is a Labour party supporter who believes in the power of a union. He organised a shipbuilders apprentices strike with Billy Connolly in the 1960s, then led a players walkout at Falkirk FC. I can’t see that relationship working out, but I would love to see Ferguson giving the hairdryer treatment to EM.

I think West Ham United would be a better fit for EM. He’d probably bring back Paolo di Canio and his Mussolini tattoos to manage the team and own the libs. He might piss off the fans who still work at Ford’s Dagenham factory though.

Cheer up Sleazy Elon,
Oh, what can it mean…

You mean the halves that service ultra-wealthy people and big corporations? That’s not exactly startling news.

Manchester United takes the train home from their game. So beautifully unamerican. 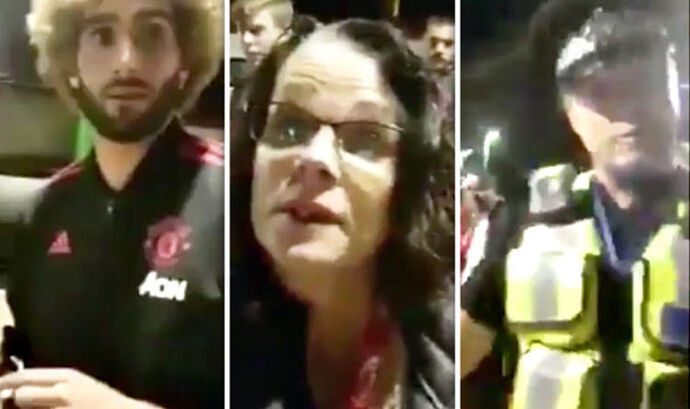 Man Utd players confronted by ANGRY passenger as police rush in after X-rated...

THIS is the moment Manchester United players were confronted by an angry passenger after their win over Watford.

I keep wondering if he’s going to turn around and bankroll the Forward Party.

I look forward to discovering that half of ManU players are actually bots.

Everything is a joke to him. 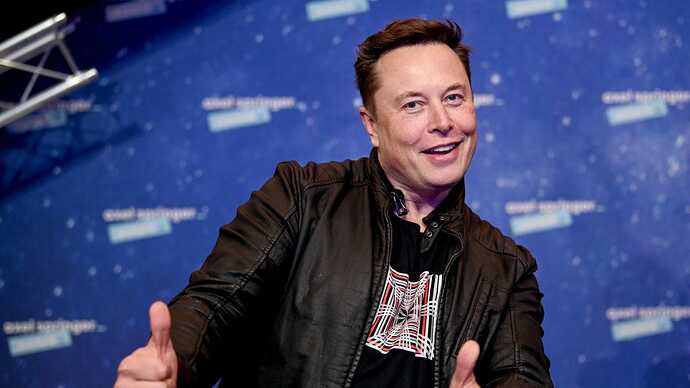 The Tesla CEO needs to find a new joke to tweet out to his millions of followers. This one is getting old.

I mean, like almost everything Musk says, it was always a joke, even if it wasn’t originally a deliberate one…