They also detail Ghislaine Maxwell’s role as a co-abuser, and very effective recruiter of vulnerable girls.

I can’t even decide which of the two is more disgusting. One destroyed young girls’ lives because he was driven by lust, the other because she was driven by greed. I hope they both burn.

Some details here get overlooked I think by our desire to see other powerful people implicated.

For example: Maxwell is not in jail. Where is she now?

I was very upset to learn that famed cognitive scientist Marvin Minksy, founder of MIT’s AI lab, is among the accused.

Where is she now?

Getting rid of as much evidence as she can, most likely.

He died in 2016 (if you mean the MIT cognitive scientist), so he’s unlikely to stand trial.

Being a scholar and even making important contributions to the world doesn’t mean someone can’t also be a predator. Academia (like, well, every other aspect of our modern society) has people capable of heinous deeds, I hate to say.

But I understand feeling upset by that. It sucks.

Being a scholar and even making important contributions to the world doesn’t mean someone can’t also be a predator. Academia (like, well, every other aspect of our modern society) has people capable of heinous deeds, I hate to say.

Yes, that’s all too true. Indeed, the fucked up power dynamics in academia can easily corrupt scholars. Still, I would never have guessed that Minsky was part of this awfulness.

I don’t know much about him, honestly, so I can’t say either way. I guess we should never assume we know someone like that unless we know them. It’s deeply saddening that it’s true, but it really is true.

Famed attorney David Boies, who represents one of Epstein’s victims, said “there is nothing in the Maxwell case that showed any wrongdoing by Clinton, Gore or Trump,” reports the Miami Herald.

glad it at least means lesser scope of abuse, but I’d be lying if I said I wasn’t hoping to see this take down trump

Where is she now?

Getting rid of as much evidence as she can, most likely.

She brushed off that spare passport, dyed her hair and is laying low in Uruguay.

Since the various other credible reports of him raping people didn’t seem to diminish his presidential status, not sure how this would matter. I mean, I used to think treason was frowned upon in certain circles, and kneecapping the US intelligence and diplomatic communities would meet with some disapproval, but apparently I was mistaken.

without adequate prior authorization, Maxwell had used hundreds of millions of pounds from his companies’ pension funds to shore up the shares of the Mirror Group to save his companies from bankruptcy.[53] Eventually, the pension funds were replenished with money from investment banks Shearson Lehman and Goldman Sachs, as well as the British government. This replenishment was limited and also supported by a surplus in the printers’ fund, which was taken by the government in part payment of £100 million required to support the workers’ state pensions. The rest of the £100 million was waived. Maxwell’s theft of pension funds was therefore partly repaid from public funds. The result was that in general pensioners received about 50 percent of their company pension entitlement. 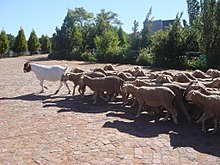 A Judas goat is a trained goat used in general animal herding. The Judas goat is trained to associate with sheep or cattle, leading them to a specific destination. In stockyards, a Judas goat will lead sheep to slaughter, while its own life is spared. Judas goats are also used to lead other animals to specific pens and onto trucks. They have fallen out of use in recent times, but can still be found in various smaller slaughterhouses in some parts of the world, as well as conservation projects.[1...

Frankly, I’m surprised this f*ck is facing any possible sanctions, but I hope it leads to even a little bit of justice. If it actually brings down any of those who availed themselves of his procurative services with minors involved, I’ll be even more surprised but pleased.

They are fucks. That’s what it is.

To me, it is becoming clear why Acosta buried this investigation. It appears that many rich and powerful people took part in this sex trafficking ring.

Richard Feynman was a brilliant physicist who made some great contributions to human knowledge, and was also a misogynist f*ckwit (based on things he wrote in his autobiography), so I appreciate the former and hate the latter. It’s a conundrum of humankind, to be sure.

Plenty of fucked up trafficking and child porn rings involving the rich and powerful have been busted up before. Just look at the Catholic Church over the last couple decades. Generally when the rich and powerful preverts get investigated the way Epstein was, it doesn’t go away the way it did with Epstein. From what I hear out of people who investigate and prosecute such rings and other high level conspiracy crime. Epstein’s deal was pretty unprecedented even in the annals of outright corruption. Acosta had a massive indictment and a charging document already complete, and it looks like they had the guy and a bunch of other people dead to rights. Meaning they didn’t just look the other way, they did the work, they built the case.

Acosta got something direct out of this. Money, advancement, little girls.

It appears that Acosta ultimately got a cabinet position. Not clear what else along the way. So many people must have been paid off in the course of that investigation. Sheriffs, deputies, county and state investigators and prosecutors, federal prosecutors. And the ones that weren’t paid off had other pressure exerted on them.

I would love to see both Clinton and Trump dragged down by this, somehow. Both are accused rapists who have utterly evaded justice. Giuffre was recruited right out of Trump’s Mar-a-Lago (where she was employed by a man who separately remarked that Epstein “likes 'em young.”), and Clinton claims only to have flown on Epstein’s jet 4 times, while flight logs show more like 20 times. And Giuffre claims to have seen him on Epstein’s island, which he has claimed not to have visited.

It appears that Acosta ultimately got a cabinet position.

Some reward. In this administration that is an all-but-assured path to career ruin.