US Army developing the first tactical bra in its history

Originally published at: US Army developing the first tactical bra in its history | Boing Boing

Wait until you see the version they’re working on for Special Forces.

That is really excellent news.

I particularly appreciate them talking about the cognitive load from worrying about fit and comfort instead of the task at hand.

Poor design; they forgot to include a pocket in the bra for the soldier’s cell phone.

Well now, that has promise! There is the obvious advantage of reducing abrasion on the shoulders when carrying a backpack or shoulder-holstered weapon.

Um, yeah, nah… given what would normally be worn over a bra (military uniform) it would not be practical in the least to put a phone pocket in there.

ATB development began with seeking input from female Soldiers on what type of functionality and preferences should be considered during initial prototype design.

Progress! I mean, at least they asked. We men shouldn’t be trying to figure this out. Case in point, when NASA felt 100 tampons were needed for a week. Just ask the person who needs it, eh?

It was the obvious next step after the tactical jock strap.

At least those guys had the good sense to go to the right folks when they needed a spacesuit for the Apollo astronauts:

Neil Armstrong’s Spacesuit Was Made by a Bra Manufacturer

Right? That part struck me as well. So glad to see the Patton mentality of “suck it up and suffer through or you’re a coward” is slowly disappearing.

… Does this mean that we’ll finally get a consistent sizing scheme for bras in general? /sarcasm

(judging by the complaints of all the bra-wearing people around me about sizing inconsistencies between different bra models within the same brand, one has hopes at least.)

IIRC textile and hosiery workers created the Rope Core Memory for the Apollo missions. They wove literal wires to create software instructions for the computers. Amazing overlap within industries, some times. 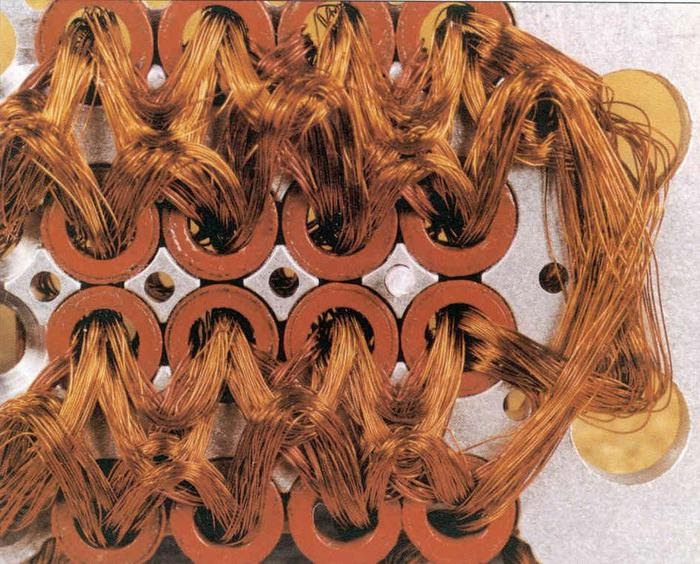 Onboard the Apollo spacecraft, the revolutionary Apollo Guidance Computer helped navigate to the Moon and land on its surface. One of the f...

I vaguely remember part of the plot of William Gibson’s Zero History concerned with people trying to get the design of Army tactical shorts because military clothing inevitably becomes the basis of new fashion design and clothing trends. I am not sure if that is true, but if so, the new designs could trickle down into civilian wear.

If your Tactical Shorts have a trickle-down, maybe a trip to the Camp Doctor is in order?

because military clothing inevitably becomes the basis of new fashion design and clothing trends. I am not sure if that is true, but if so, the new designs could trickle down into civilian wear

It used to be true. I have thought about this recently and realised that in mens’ fashion almost all articles of clothing except for the blue jeans started as military wear. Ties, jackets, chinos, t shirts, almost any “classic” article of clothing you can think of. Weirdly, this is also true for hats, but not shoes.

It has changed in the last few decades, though, where newer military designs aren’t incorporated into civilian clothing anymore (except in the US military fetishism community/half the country). Sports have taken this role, though I haven’t yet noticed a trickle down of sports designs into non-sports clothing the way military designs were adapted and morphed into civilian designs. Rather, the people wearing sports clothes just wear them straight-up. Then again, this is probably how all the military trends started as well.

The designer in me wonders if stating that they needed “a bra”, i.e. in the singular definite form, was the wisest move at the start of this process.

A better move could have been to allow for several different bras to exist depending on task, body type, climate etc. Shape your R&D around whatever clusters appear in your initial research. One such cluster might be hot and humid weather, strenuous exercise, young recruits. Another cluster could be several heavy layers of clothing worn on top of bra, electronic monitors patched directly onto skin, critical need for flame retardant. Each such cluster would become a platform that could then be both refined and expanded upon.

Strategic bras are only for general officer ranks.