Just a reminder – In America, the police have no legal duty to protect you or to intervene in any way – and they probably won’t.

An old NYT article: Justices Rule Police Do Not Have a Constitutional Duty to Protect Someone - The New York Times

A more recent reiteration: Police Have No Duty to Protect the Public - The American Prospect

While true and depressing, the fact remains that our taxes shouldn’t go to fund them if they don’t even protect property.

And, since the Right views children (and women, the other victims here) pretty much solely as property, well, there you go!

Exactly; those LEOs failed to protect the building and all the “property of men” that it contained.

It’s driven me crazy for at least a couple decades that this is not where all discussions about police conduct/policy/reform begin and that most people seem to regard me as a conspiracy theorist when I bring it up.

I’ve given up hope, mostly, that anything meaningful can change if the popular understanding of the role policing is intended to play remains based in myths about protecting the public and preventing crime.

My GF thinks this is the case from day one.

Yeah, making the statement as the answer to a question no one asked was instantly suspicious. In the context of a torrent of lies, it’s pretty damning. Refusing to cooperate with an investigation is, as the cops like to say, not a good look either.

I’m maybe a fool but it seems to me that “refusing to cooperate with a federal law enforcement investigation” quite frequently translates to “residing in federal custody.” Can we get that translation to happen please?

There’s no obligation to cooperate, they can’t jail you for refusing to cooperate. You only get in trouble if you take active steps to impede the investigation (destroy evidence etc.)

However, it should be the law that any public servant (specifically including elected officials) who refuses to cooperate automatically ceases to be a public servant.

This should surprise nobody. The role of the police is to protect the power, property and privilege of the one percent, as marvellously demonstrated in the UK back in March when eight van- and two carloads of police were deployed to protect a Russian oligarch’s mansion from four unarmed squatters.

Everything else the police do is PR.

That’s very likely what they have done and are still doing.

Also, weird use of first person phrasing there.

But Beau is right in this case. It’s gone beyond a question of re-allocating funding to disbanding a police department with a thoroughly rotten culture.

I agree wholeheartedly, but I’m having a hard time figuring out the logistics of actually doing it. I may be paranoid, but I imagine if the officers knew it was going to happen, they would either violently harass the council members pushing for it, and/or they would hoard equipment and ammo.
So you would want to keep it quiet working through the legal steps, then do basically a raid of the station while it’s at low-occupancy - secure all the equipment and records, serve whatever proper dismissals are required, probably having news crews and extra security on hand.
So, necessary and doable, but scary and requiring strategic planning, for sure.

Probably a good idea to request a consent decree from the FBI so that any officer or staff who fails to comply can face federal rather than state or local charges.

Always good to remind people of this.

Yeah, making the statement as the answer to a question no one asked was instantly suspicious.

Yeah, reminds me of this meme:

What they’re worried about here is how many many children the cops shot.

a preview of GOP authoritarian rule: overwhelming policy failure (or should I say absence of policy) resulting from overt corruption and bald-faced lies, systemic incompetence and nepotism, state PR machine out front dispensing more lies to cover up the original lies ad nauseum, increasingly broken public institutions and continued policy failure, in an Orwellian feedback loop. This is America’s Beslan.

A standard operating procedure, implemented in varying degrees, by the powerful, covertly or overtly.

DARVO is an acronym for "deny, attack, and reverse victim and offender". It refers to a reaction that alleged perpetrators of wrongdoing, particularly sexual offenders, may display in response to being held accountable for their behavior. Some researchers and advocates have indicated that it can be as a common manipulation strategy of psychological abusers. An abuser (or alleged abuser) denies the abuse ever took place, attacks the person that alleged abuse (often the victim) for att The acron...

And it’s not just a Texas tactic, or a this-millenium tactic, either. 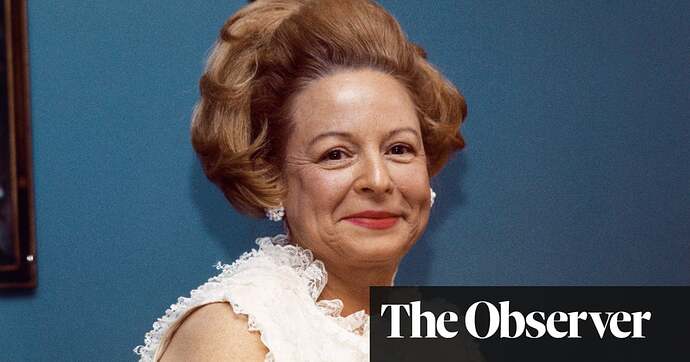 ‘They called her crazy’: Watergate whistleblower finally gets her due

Martha Mitchell, wife of Nixon’s attorney general who ordered the break-in at the scandal’s heart, was drugged and kidnapped 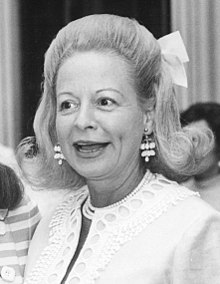 The following Thursday, June 22, Mitchell made a late-night phone call to Helen Thomas of United Press International, reportedly Mitchell's favorite reporter. Mitchell informed Thomas of her intention to leave her husband until he resigned from CRP. The phone call, however, abruptly ended. When Thomas called back, the hotel operator told her that Mitchell was "indisposed" and would not be able to talk. Thomas then called Mitchell's husband. Seemingly unconcerned, John Mitchell to In her subseque...

One of the guys involved in that kidnapping was Cult45’s ambassador to the Czech Republic. 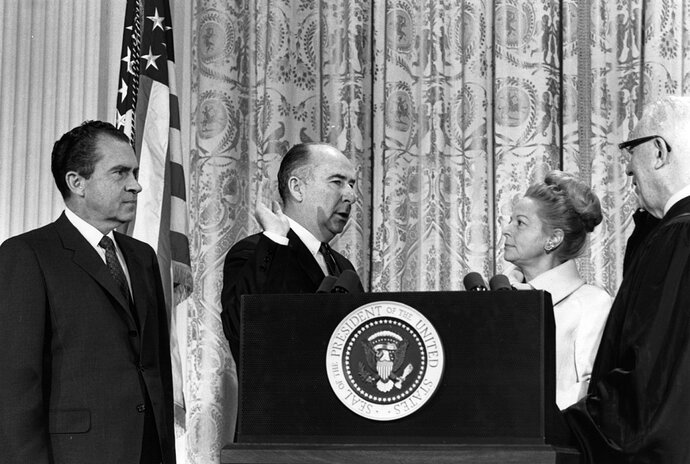 One of Trump's ambassadors beat and "kidnapped" a woman as part of the...

Stephen King, Trump's envoy to the Czech Republic, reportedly roughed up the wife of Nixon's campaign director to silence her about Watergate crimes. 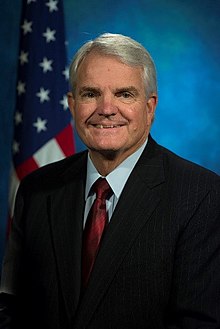 Stephen B. King (born July 4, 1941) is an American businessman and political activist who served as the United States Ambassador to the Czech Republic from 2017 to 2021. A member of the Republican Party, he is the founder of King Capital LLC, an equity investment and real estate company. He previously worked at the Federal Bureau of Investigation (FBI) as an agent and campaigned unsuccessfully in 1988 for his party's nomination for the U.S. Senate in Wisconsin. King was born in Indianapolis, I...

So this poor teacher can’t be left alone to grieve 19 dead children and her two dead colleagues, but instead has to lawyer up and try to remain anonymous out of fear due to her own state government’s blame-shifting!?!

Yep.
Getting legal representation / a lawyer sounds like a reasonable way for her to protect herself.

Whistleblowers can end up dying in mysterious accidents, or in prison after getting beaten up and/or having been denied medical attention, or are imprisoned for speaking the truth to power.

It’s a dang miracle that people still do have the courage to blow the whistle, tell the truth, and risk their lives and the lives of their loved ones.

This is a list of major whistleblowers from various countries. The individuals below brought attention to abuses of government or large corporations. Many of these whistleblowers were fired from their jobs or prosecuted in the process of shining light on their issue of concern. This lists whistleblowers associated with events that were sufficiently notable to merit a Wikipedia article either about the Whistleblower or the event; "Year" is the year of the event. This list is not exhaustive. 1... 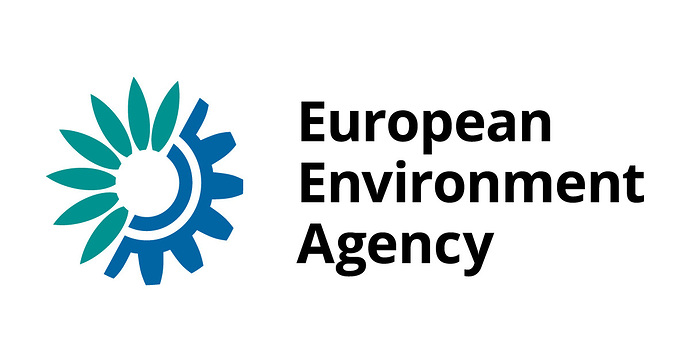 The 2013 Late lessons from early warnings report is the second of its type produced by the European Environment Agency (EEA) in collaboration with a broad range of external authors and peer reviewers. The case studies across both volumes of Late...

A Timeline of US Whistleblowers - Government Accountability Project

Confidential letters exposed by Benjamin Franklin proved the governor of Massachusetts misled Parliament to promote a military buildup in the new world. The governor was dishonorably discharged and exiled. US naval officers Samuel Shaw and Richard...

our taxes shouldn’t go to fund them if they don’t even protect property.

Oh, the cops will protect property quite aggressively. Try to destroy or deface a building with a cop watching you, and you’ll see just how effectively that building is protected.

From what I understand, the cops were quite effective in preventing parents from entering the building as their children were being murdered.

Saw a guy walking on a trail with a “I am not an oppressor” shirt on.

Always good to remind people of this.

Yeah, making the statement as the answer to a question no one asked was instantly suspicious.

Yeah, reminds me of this meme:

The TX cop union has finally cocked an eyebrow. 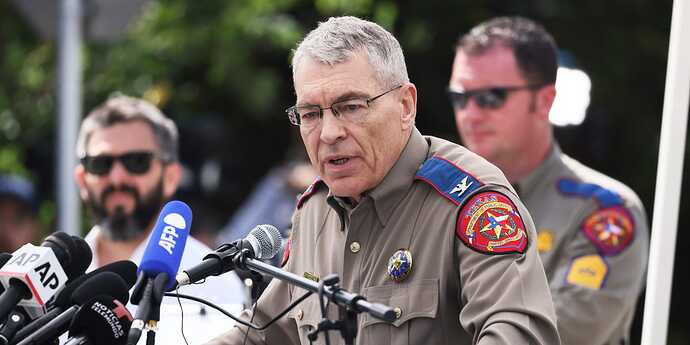 The police union called for its members to cooperate with a probe as Texas law enforcement said the school's police chief was ignoring investigators.

Has hell frozen over? I agree with something CLEAT said!

“We believe that a strong, independent investigation by the US Department of Justice with assistance from the FBI will discover what really happened, thus helping agencies everywhere to understand how best to stop a similar compounded tragedy from happening again,” the police union said.

OTOH, a really nice, older white guy I used to work with sometimes wore an, “I am not a racist” t-shirt to work functions. I commented on it once, and he said it had prompted some interesting exchanges, and some good ones.

Absolutely; that town needs to fire everyone, charge them with crimes, and start over from scratch.

Embattled Uvalde school police chief won't be sworn in to council seat as...

Chief Pete Arredondo has been faulted for failing to order emergency entry during the siege. He was elected to the City Council before the attack.

Delayed only. Swearing in will most likely be behind closed doors.