Starbuck could learn to make a better espresso that didn’t need milk.

I make a daily black espresso with my flair.

Today, for some reason I ordered a espresso from starbucks. It wasn’t very good. It might have been better with milk.

Also, as long as we do drink their milk, their kids DO become meat in short order, and then they’re forcibly impregnated again to keep the milk flowing. Not exactly an industry folks who care about animals not being tortured and killed would support, and the ‘argument’ that that same industry might kill animals it finds unprofitable corroborates that sentiment, it doesn’t refute it.

“When it comes to almond milk, its high water consumption (and consequent droughting effect) means it is harmful to the environment. If you consume it away from its main producing countries, its impact is even higher due to emissions associated with transportation. When choosing between almond and dairy milk, the question can even be placed from a perspective of choosing to advocate for climate change (choosing almonds) or water scarcity.”

Is Almond Milk Production Bad For The Environment?

The popularity of plant-based milk has been growing. Is almond milk really more sustainable than dairy milk or other plant-based types of milk?

If you’re going to drink coffee, drink it black.

Soybean production definitely does get a lot of government subsidies in the United States but I have no idea how much those subsidies impact the price of a gallon of soy milk compared to a gallon of cows’ milk.

Same beans for both milk? If so, are not subsidized?

I don’t have time now to look that up, but i do recall that corns (?) for human versus animal consumption differ

I thought that Zefram Cochrane lived a long time before Star Trek veganism. Though maybe Riker turned him onto it when he went back in time to fight the Borg? 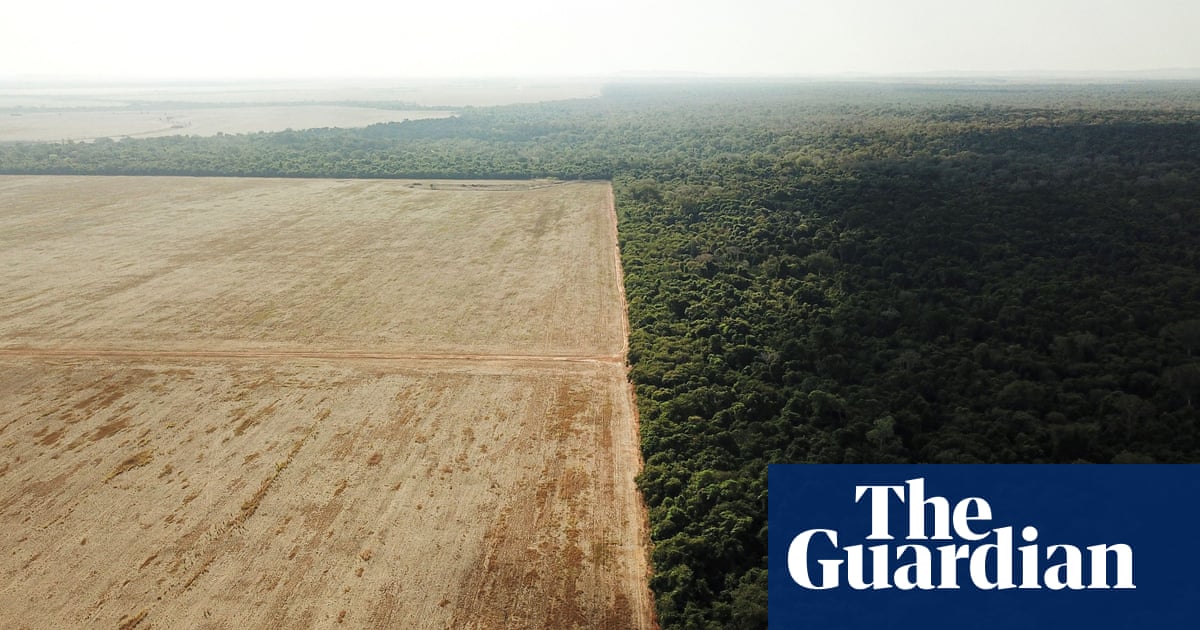 ‘Loophole’ allowing for deforestation on soya farms in Brazil’s Amazon

A latte contains between 8 to 14 ounces of milk

The surcharge is 70 cents, about double what it costs. I suppose it makes sense to the beancounters.

Apparently the US actually has an oversupply of milk, partially due to the pandemic, and there’s been a declining demand for it for a decades. Got milk? Yes, actually, U.S. has too much. - POLITICO (2021)

The dairy lobby has also been trying to get milk alternatives to drop the word “milk” for some time due to competition: Why dairy producers are claiming almond milk isn’t “milk” - Vox

Anyway… I think debating the “real” price is probably missing the point? PETA doesn’t care what the price is, they want to further lower the demand for milk so there are fewer cows. Starbucks could easily make the change, the upcharge profit is probably a rounding error for them.

There’s probably someone calculating how many people have to glue their hands to counters and disrupt business before they do it.

Didn’t William Riker canonically go on fishing trips with his dad in Alaska to catch salmon? If he was a vegan it must have been a lifestyle choice he picked up later in life. 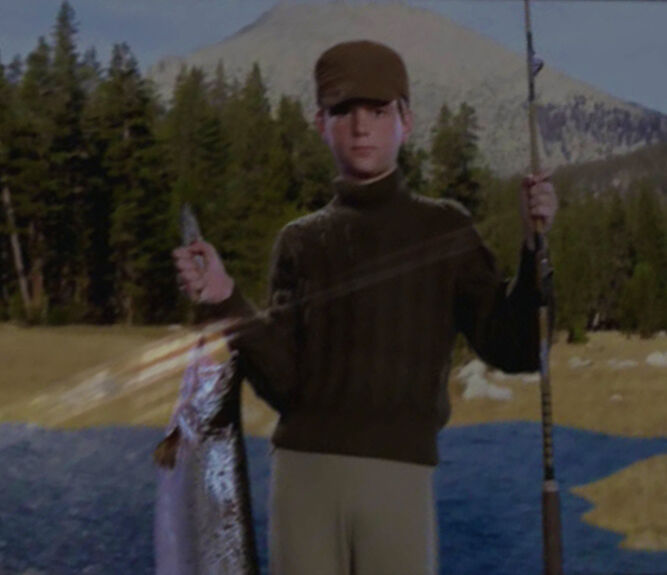 Fishing was the act of using a tool, such as a rod or fishnet, to catch a fish, often for the purpose of eating it. It was often done on camping trips. Among the tools used for fishing was fishing line. Those who fished where identified as a...

When they cry out “save the cows!” it makes it hard to imagine that they do understand. Many protests and comments from vegans start with the idea that if we weren’t exploiting the animals those animals would be frolicking in the fields.

Many protests and comments from vegans start with the idea that if we weren’t exploiting the animals those animals would be frolicking in the fields.

Ones I know decry cruelty to animals currently in the grips of industrial production (usually as a secondary problem to the massive environmental costs). They know full well that if it weren’t for industrial production, those animals wouldn’t even exist. And they also tend to know a lot more about industrial meat production than its consumers, who tend to turn a blind eye to it (perhaps in the interests of avoiding nausea).

Was just discussing this recently. Here’s a comparison.

To clarify, are those charts comparing the resources required/environmental impact to produce a specified volume of each kind of milk (say, one liter) or something else?

Today, for some reason I ordered a espresso from starbucks. It wasn’t very good. It might have been better with milk.

Yes. Quite a lot.

Of all the reasons to protest Starbucks these days, this wouldn’t be the one even most vegans I know get up in arms about.

Wholesale is not retail. From what coffee people I know tell me the price of non-dairy milks is a bit nut bars right now. Apparently in particular oat and coconut milk/creamer. Even just retail in my experience non dairy options usually run about 2x the price of whole milk. A half gallon costs what a gallon of milk does. That’s enough of an uptick that you need to account for it. Particularly in an insanely low margin business like coffee. I believe most independent coffee shops are either up charging similarly, or just include it in the price of every drink. Dairy, non-dairy or black.

don’t these folks realize that

They do. PETA comes from a particular take on animal rights where the wellbeing of that animal is less important than human responsibility for those animals. They famously operate kill animal shelters, and principals have openly argued that it is morally better for an animal to suffer than to be subject to human involvement.

So it’s better that those animals that currently exist, stop existing. Than to continue the system that results in their existence.

their kids DO become meat in short order

For the most part no. Dairy breeds don’t produce particularly good meat, and don’t really do so cost effectively.

The one traditional use for excess dairy calves, especially male calves was veal. But bad PR around veal crates, mostly created by PETA. Has tanked the market, particularly in the US. So most excess dairy calves in the US these days are simply euthanized. We used to render them into animal feed after that, but that (in part) lead to Mad Cow. So apparently most are discarded these days. Some of them may end up as fertilizer.

The EU banned veal crates almost 20 years ago. And the US industry voluntarily phased them out by around 2017. A mark that was repeatedly delayed because low sales meant some farmers could not afford to refit. Explicit state level bans have been proliferating since about 2006. And no member of the American Veal association currently uses crates, though apparently some use tethers.

So it’s a weird one. The PR campaign against veal did technically drive the industry away from the worst approaches. But in the offing it negatively impacted animal welfare. And as goes the US it actually delayed the adoption of better practices vs the regulatory action taken in Europe. And there were some nasty spin out affects vis a vis food contamination.

Kind of a major example of unintended consequences.

I suppose it makes sense to the beancounters.

Its less than I would expect given typical markups in the food and bev industry. If I were dealing with it. I’d have slapped and extra buck on there. Overhead in this industry is intense and markups are quite high.

That said Starbucks is basically fast food. So centralized buying all that, they operate on much lower markups and can still generate a much higher margin.

An whitepaper on why vegetable based milks cost twice as much as cows milk.

Note the marketing costs. If PETA can get Starbucks to subsidize their marketing costs by providing and promoting alternatives, that would be a huge win for the industry-- at the cost of Starbuck’s profits of course, but that’s a small price to pay.

I gotta say whoever put together that chart didn’t do a very good job conveying meaningful information. There are no values supplied and still some of those bars are clearly just wrong, such as the suggestion that the marketing costs for dairy milk are zero. Where do they think all those “Got Milk?” ads came from?

The “Profit” bars also seem to suggest that plant-based drinks are an order of magnitude more profitable to produce and sell than dairy milk is… which, if true, means they could sell it for a fraction of the cost and still turn a profit.

Back to the protest: what was James Cromwell’s plan for when nature called? Was he planning to just stand there until he pissed himself, or was he wearing adult diapers just in case the authorities took their time detaching him from the counter?

The “Profit” bars also seem to suggest that plant-based drinks are an order of magnitude more profitable to produce and sell than dairy milk is… which, if true, means they could sell it for a fraction of the cost and still turn a profit.

Suppose a customer with fairly conventional tastes and a lean budget went to a store and discovered
Quinoa flour instead of wheat flour
Ostrich eggs instead of chicken eggs
VSOP Cognac instead of beer
Truffles instead of White Button Mushrooms
Durians instead of Apples.

Would customers happily pay those prices, generating huge profits for the retailer, or would they find a place that actually stocks the staples at a reasonable price?

Companies offer a guaranteed profit in return for shelf space that would otherwise be allocated to in-demand items.

Note: (I have never taken anything close to a marketing course, just a year or two reading articles about why stores are out of toiilet paper)

Coffee shops have identified the folks who want plant milk as people who will pay more for the “better” product. Prices are set accordingly. It’s also a pain in the ass to have to stock multiple types of milk.