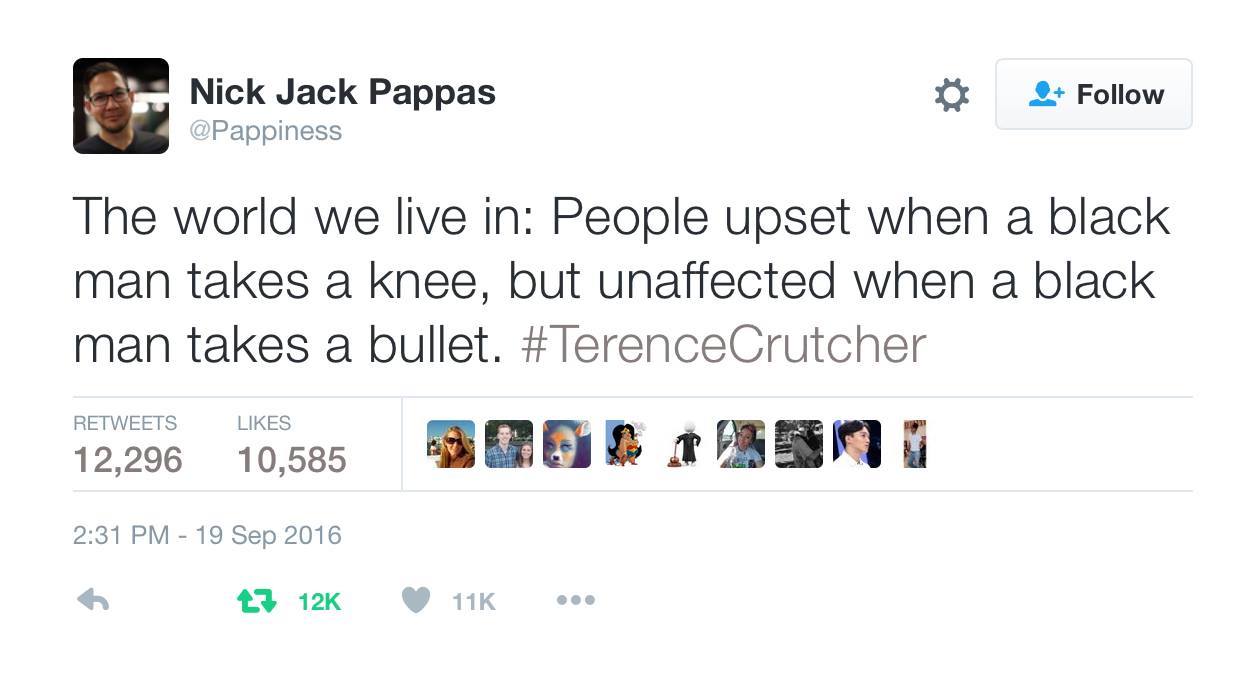 Best bet: do what ever you need to do to get a prolonged standoff going until the news vans and helicopters arrive. Then you might have a chance to surrender and stay alive.

Yet more police who are unfortunately going to be black-bagged over the next few years. Maybe the state and the department will handle you with kid gloves, but do you really think the public will? You’d probably be safer if they locked you up.

Yet more police who are unfortunately going to be black-bagged over the next few years. Maybe the state and the department will handle you with kid gloves, but do you really think the public will? You’d probably be safer if they locked you up.

Has there been a pattern of vigilante justice against police who did this kind of thing in recent years? I certainly haven’t seen any evidence of such a thing. If anything, it’s ridiculously easy for cops who were fired for shady behavior to move on with their lives by taking jobs in another department.

The former Marine said he knew the man wasn't a threat

I was going to try and say something. But what’s even the point.

The cops want to kill people. If they didn’t want to, they’d do many obvious things to prevent so many deaths. That is all.

There is a content warning about a violent death depicted in the video, and the video is set to autoplay. Can we turn that off please?

I doubt most cops want to kill anyone. They are badly trained, hear all kind of scary stories at work about dangerous black men, and when they get scared and uncertain they shoot first, because that’s what they are trained to do. Sure, you can punish these individual cops, but to solve the problem you need to start with better training in how to deescalate situations and how to separate people who really are dangerous from those that just doesn’t act exactly as the cops would like.

Reducing the number of guns in circulation would help too, so cops don’t have to go into every encounter assuming that the other guy may have a gun. That can wear anyone out, I suspect.

I mostly agree. But you do know why cops are badly trained right? it’s not for lack of money. Or lack of desire by cities and counties.

Police forces actively resist doing better. They have plenty of money, what with rampant unaccounted-for civil asset forfeitures and constant fear-mongering. The cops could be trained to be civil and they could be held to a higher standard. But the cops refuse to meet anyone half way. They’re actual elitists with guns. And they shouldn’t be trusted with soft woolly batons as long as they’re unwilling to try to do better organizationally.

At this point, I don’t care if an individual cop is “good”. All I care about is that institutionally the cops are worse than a gang. Because at least gangs are illegal. While pointlessly murdering an innocent person is totally expected and sometimes rewarded if you’re a cop.

Sorry for yelling, but I’d like this thread to progress at least another forty comments before rapidly (and, inevitably) plummeting to earth and boring a hole through the other side of the planet.

Didn’t have my glasses on. Read that as “deathcam video.”

What puzzles me as a European: Why was the Police even called. Around here when someone has a broken down vehicle we stop and ask them what’s wrong and then help them get a mechanic, or help tow the car, or take them to the petrol station or offer similar kind of practical help.

In these instances when black citizens are shot by agitated police, there seem to be a pattern of people calling out the police for stuff which is utterly trivial and definitely not a police matter.

When did car stopped at the side of the road become a police matter? Is this normal in the US of A? Do people in America no longer talk to each other?

Let’s look at this logically.

If the police department was a bowl of Skittles…

Best bet is to not move and assume they are going to kill you if you do. The guns police have now do not have a safety and the slightest touch does it. Not sure but I would bet that a lot of these shootings are accidental - nervous cop, hair trigger gun with no safety. Don’t argue or explain or say anything. You can sue them later if you are still alive and there’s a reason to do so. The militarization of the police is a direct result of the war on drugs. If you meet up with the wrong cops or even the right cop that has just dealt with a real jerk and it has nothing to do with you or even if it does, shut up, make it home and call the most successful ambulance chaser you can find.

Innocent Mother Beaten By Cops In Front of Her Children For Reporting Cop’s Rude...

A shocking video captured the brutal beating of a mother in front of her two children after she merely asked an officer a question. Cindy Hahn and her children were on their way home when they stopped to use the restroom. During their stop, Hahn...

Yes. The reason I say that is that in order for this to change, we really need the cops who are not down with this evil to start actively resisting it. Saying “all cops” works against the possibility of that ever happening. Of course, getting the cops who aren’t down with this to break ranks is not a simple matter of not being mean to them, but I think it’s worth remembering that we need their help.