A new meaning to the “sniff test”.

… In the opinion of the many Trump insiders with whom I have spoken, including nearly all the top members of his campaign and West Wing staff, those few months laid bare the chaos at the heart of Trumpian politics, exposing Mr. Trump for what he is: not a model chief executive but an inattentive, lazy, incompetent manager whose defiance of convention and hot mess of a personality were saddling his campaign with a heavy disadvantage.

“Low energy loser has to trap people into listening to his speeches. Sad!”

What is that weird speech habit he has where he trails off into vocal fry? “nobody’s remembering Angela…” I think it’s meant to evoke a wistful look at the decline of civilization, but there’s a weird connection that I can’t quite pin down. It’s not a preacher thing, or an actor thing, I don’t think. I just can’t quite get my head around it.

Oh, and in case it’s not clear: I HATE that speech habit. Makes me feel like I want to punch someone whenever I hear it.

I’ve always gotten a Jerry Lewis vibe. Somehow, he managed to be even more racist, though.

From the link (emphasis mine):

“I watched Donald Trump’s special announcement speech last night. I don’t think it was quite as low energy as some have suggested. I’d describe it more as a greatest hits show from an old band. Some have noted that the crowd seemed not always to know when to clap. They were into it but not overwhelmed.
…
For years we’ve known that Trump can hurt people. His supporters exult in his willingness to punish his enemies. But he most clearly hurts Republicans, any who defy him. People watched last night’s performance, which wasn’t so different from earlier speeches, saw it through the prism of that reality. A Trump who can’t hurt people just lacks a lot of his electricity and charge.”

Also, great job, NYT. It only took you a couple long years and the end of Trump looking like he was the best path to tax cuts to catch up to the rest of us.

When I read this, it made me wonder what the last remaining 45 supporter friend I have on Facebook is posting these days. Nothing 45ish at least for the last 3 months. Lots of anti-Fetterman. (Suck it, dude!) And one post about “We take our country back on November 8.” Sad.

That graphic does a disservice to Devine.

Makes me feel like I want to punch someone whenever I hear it.

Punch someone? Oh no… 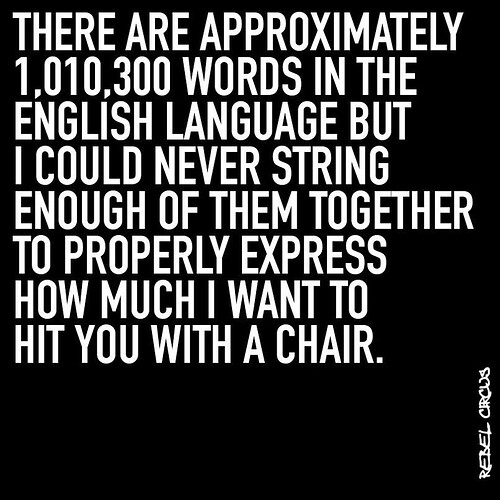 Orange Archie Bunker needs to spend some quality time in his easy chair.

There’s a video of Jerry filling in order to buy time while [Joey Bishop, I think] brings Deano in for a surprise appearance. He pouts, preens, makes up patronizing nicknames for audience members, and after a minute or so of it, I realized what I was seeing: Donald Trump, only with whatever amount of charm Lewis was able to summon up from his years of show biz. Trump is Jerry Lewis with Zero charm.

I wonder if trump himself adored Lewis as a child and osmotically absorbed his affects, only to completely forget the source as his childish soul and sense of joy slowly withered away.

The doctor lights up. The treatment, after all, is simple. “The great clown trump is in town tonight,” the doctor says, “Go and see him! That should sort you out.” 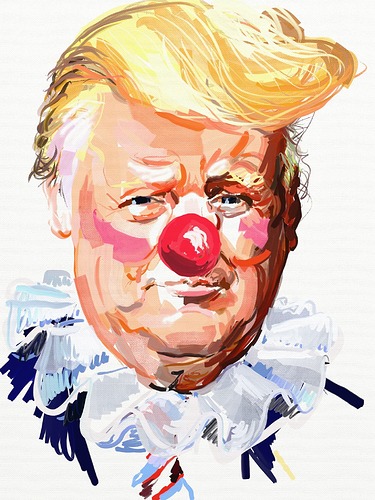