We’re not talking about someone who was raised in the 1920s and was only recently thawed like Captain America. Most of us here were alive in the 1990s and early 2000s. This wasn’t cool back then either.

This is not rocket surgery. All of this!

2001! it happened in 2001! and yeah to reiterate others above, I grew up in the 70s, 80s and 90s and it was not acceptable in any of those times. I was digging through some of my aunt’s vinyl records from the 60s and found a group called " The new Christy Minstrels" and even this group who probably should have known better than to try and revive the spirit of minstrel vaudeville in the 1960s didnt take it as far as wearing blackface. My point being, we’ve known this is wrong for a long long time.

I think Ali G is also worth mentioning as a warning of how it can go bad even with the right intentions.

Ali G as an obvious parody of Tim Westwood* was OK at the time, but that seemed to be dropped when Sacha Baron Cohen took the character to the US. Without that context all you have is blackface.

* an upper-middle class white British rap DJ who does the radio equivalent of blackface, he was tolerated by the BAME community because he was the only rap DJ on national radio during the 90s.

Ali G as an obvious parody of Tim Westwood

Thank you for explaining the origin.

I personally don’t dig SBC’s humor, as I’ve stated many times previously; but I’ve always found the ‘Ali G’ caricature particularly repulsive, even if I didn’t know exactly why.

The idea that dressing as Mike Tyson includes darkening your skin comes from a racist place.

The problem with that statement is that a white person who never had encountered racism but was trying to look like Tyson would almost certainly darken his skin, just like one who was trying to look like the Hulk would paint himself green. It woulod mean no more than putting on a wig or some clothes typical of the person you imitate.

If it is wrong, it is only because of the racist history of blackface, and can apply only to people who live in a place where that was prevalent, not because it is inherently wrong. The complaints above about Olivier in Othello seems to me to be just an example of adding a cultural context that just wasn’t there.

Genuine question to @Melizmatic and anyone else who cares to answer: does the content and ‘format’ of Trudeau’s apology make a difference?

From the (limited) coverage of this I’ve seen and read here in Australia (an admittedly racist country) it seems to me he’s said it was a stupid, bigoted, racist thing to do then and now, that he shouldn’t have done it, and apparently genuinely apologised without victim-blaming (see Weinstein’s lawyer’s recent ‘life ruined’ and numerous other examples) or any of that other ‘if anyone was offended’ bullshit.

So… does that matter? Make a difference? I don’t think I’m trying to sweep this away or excuse him or anything, but I’m genuinely curious. I suspect this is coming across like “I’m not a racist, but…” and I apologise if so.

And Melz @Melizmatic I get you don’t speak for the entirety of people of colour: just hoping for input from a woke, informed person.

What? Where is this utopia without any racism whatsoever, systemic or otherwise? I can’t think of any place where racism doesn’t exist. And certainly, Canada, where Trudeau grew up and lives - in the home of a leading politician, no less - is NOT a country without racism or a racist history. To give the matter some ‘cultural context’.

If it is wrong, it is only because of the racist history of blackface, and can apply only to people who live in a place where that was prevalent, not because it is inherently wrong. The complaints above about Olivier in Othello seems to me to be just an example of adding a cultural context that just wasn’t there.

There were complaints about the BBC showing the Black and White Minstrel Show during the 1960s. I’d say that the cultural context was there but it was ignored.

There were complaints about the BBC showing the Black and White Minstrel Show during the 1960s. I’d say that the cultural context was there but it was ignored.

That seems to have been a show deliberately stereotyping black minstrels, importing the concept from USA where it was clearly racist. This is quite different from darkening your skin to depict a specific black person, be it Tyson or Othello*. The latter seems to be considered racist not for any rational reason, but just because some people decided it was racist.

Using “blackface” on white actors has a quite different racist history, though, as companies only wanted to hire white actors and used make-up instead of hiring minorities.

does the content and ‘format’ of Trudeau’s apology make a difference?

Not really, and I have two reasons for feeling that way:

None of that negates any of the residual damage that’s already been done, whenever the offensive behavior originally happened, and again now, because it’s been dredged up again, and amplified via the mass media.

And what’s ironic is that just a couple years back, I remember feeling a bit envious of Canada, just for being a country with a leader who was NOT a hot mutherfuckin’ mess, every god damn day of the week.

This scandal isn’t nearly as mortifying as our entire sitch here in the US, but it is damn disappointing, even from the sidelines.

*Obligs, because I wouldn’t be be ‘me’ without posting an apt gif to emphasize my point:

So… does that matter? Make a difference? I don’t think I’m trying to sweep this away or excuse him or anything, but I’m genuinely curious. I suspect this is coming across like “I’m not a racist, but…” and I apologise if so.

Imagine if a politician local to you in Australia said something like, “Only idiots barbeque and I hate people who barbeque.”

If this was a very prominent politician, how many times over the course of the career would you think they’d have to apologize. How often would they have to endure people making fun of them.

If it caught the public imagination and became more distracting than any other competing quality of that politician, people would move on to other politicians to express their views, regardless of how beloved they were otherwise.

Over more time than a day, if the politician managed to show that they could offer more value overall, even with people remembering what they said, then life continues. Even then, some people will remember what they said and consider it a mark against their character forever, no matter how much they might be okay with later actions.

That’s how normal gaffes about nothing actually important that hurt zero people are handled.

This is a series of mistakes that have all those qualities, AND are an expression of idiotic racial insensitivity and mockery. 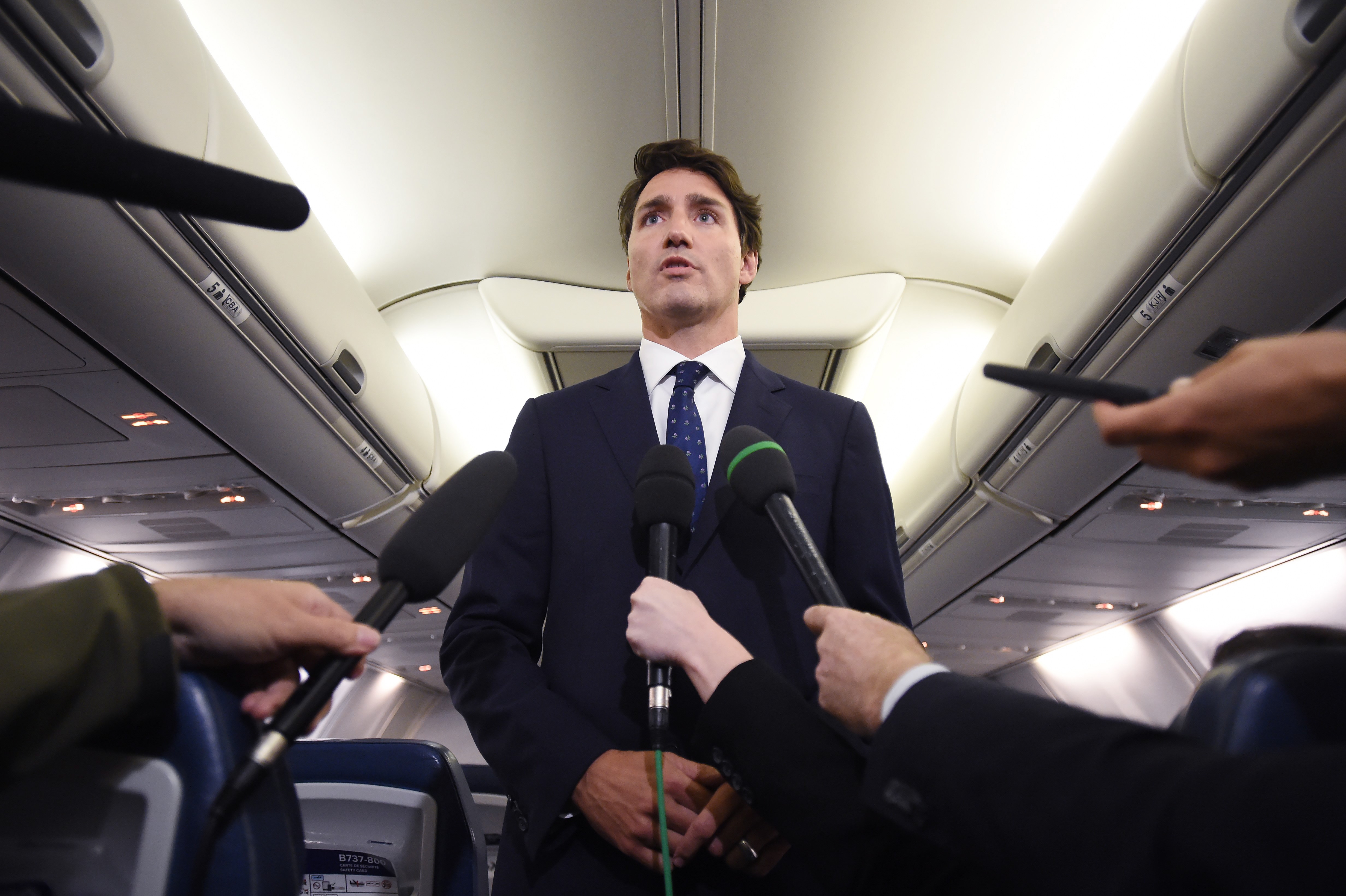 Paul Wells: The Liberal campaign is built around a sophisticated oppo research organization that says their opponents are bad people. Where does it stand now?

To his credit, once he was caught, Trudeau was contrite this time. Usually he doesn’t even bother. When he contravenes the conflict-of-interest law to take a fun family vacation with a billionaire spiritual leader, it’s just that we don’t understand he has nice friends. When he sends wave after wave of medium-quality enforcers to pressure his own attorney general to cancel a criminal trial for a well-connected engineering firm, it’s just that she isn’t a team player.
…
The front for the Liberal campaign has been Trudeau making a frankly listless and uninteresting argument about good governance and affordability. The bulk of it has been a country-wide values argument from which the leader was carefully insulated, but executed on his behalf, and its message has been: These are bad people we are running against. They don’t deserve your vote.

Where does that campaign stand now? “If everyone who is going to be standing for office needs to demonstrate that they’ve been perfect every step of their lives, there’s going to be a shortage of people running for office,” Trudeau said tonight. Yet another idea that doesn’t seem to have occurred to him until just after somebody at Time hit PUBLISH.

I think that is partly the intention, it was very much of its time and place, his schtick was to get an interviewee to agree with one of his outrageous comments.

This is just a political piece that’s against Trudeau generally, because they don’t like non-conservative politicians. I don’t know what it adds to the thread.

People can be disappointed in Trudeau. That doesn’t make a right wing racist politician any more virtuous.

The takeaway I have is that if you are a progressive politician who is corrupt and racist, you can still attack the conservative opposition for their policies as bad for the country. What you forfeit is the right to attack them for being corrupt and racist.

What you forfeit is the right to attack them for being corrupt and racist.

Um, why would anyone forfeit the right to call someone else out on their own corruptness, and racism?

Conservatives are historically bad for the economy, I don’t think that’s ever stopped them from criticizing other people for their economic views, no matter how hypocritical it might seem to others.

I didn’t know the origin, but always saw the character as a clueless white guy pretending to be black in his speech and dress in an attempt to be cool and relevant for the youts. So for me it’s another example of a character so stupid and self-absorbed that he doesn’t know how offensive blackface (or its equivalent in Ali G’s case) is.

That’s how the Conservatives would like to spin this, a variant of the tu quoque fallacy* where they can downplay the inevitable future instances of virulent bigotry in their own party** by pointing at Trudeau. I don’t know whether it will work now that Trudeau offered a proper apology, but they’ll try.

[** the parties of fiscal conservatism do attract their bigots] 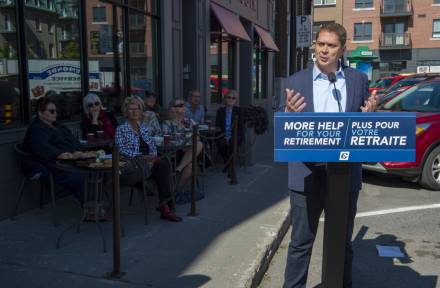 Scheer continues to face questions about why he has not expressed any regret about comments made during the debate on same-sex marriage in Parliament in 2005.

Scheer said the video was given to Global News by the Conservative campaign team, but said he himself had only seen it for the first time Thursday morning.

I wonder how long they’ve been sitting on it?