Virginia Governor Youngkin unapologetic for cyberbullying a teen on Twitter

As I said the last time this came up, we already know who the agents of evil are. It’s not absolving them to point out how they triumph.

It isn’t the only way evil triumphs, and evil does its own heavy lifting. But the opposition effectively doing nothing to stop it* is a big contributing factor, too.

[* e.g. running an uninspiring and entitled candidate like Mcauliffe]

When a terrible person gets elected as a Democrat we put the blame on the party members who supported and voted for that person (as we should) and when that person fucks up we don’t point fingers at the Republicans and say “why didn’t you stop this from happening??”

That’s only because the opposing candidate the modern Republican party will run against that terrible Dem is guaranteed to be even more terrible. This Virginia election is one of many cases in point in that regard.

Youngkin is going there, and I don’t know if Northern Virginia is so thrilled. 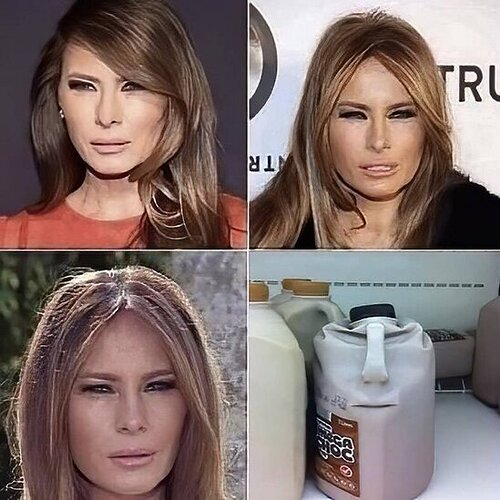 He’s moved on to damage control.

hmm. There is a recall provision that might fit, but can cyberbullying be charged as a hate crime?

No one else noticed that Ralph Northam’s name was spelled wrong - twice! - in this post?

He’s moved on to damage control.

Not sure where you are going with this. We all have agency, and if we use it to chose to not participate, we get this shit show. Republicans make use of theirs to actively make things worse. I don’t know for sure that they are a lost cause, but trying to lure them to ours while turning our backs on the activist base that won VA for Biden by a significant margin lands us stealth Trump. If this is blaming the Dems, maybe so. In my mind, the GQP are lost to us. That means we must actively defeat them. Decisively and overwhelmingly. VA’s off-9ff year elections are specifically designed to minimize public interest and participation. Past time we changed that.

Not sure where you are going with this.

The position I take issue with is this:

No. The blame for the travesty belongs to the Republicans who voted for the asshole.

The Democrats and the non-voters didn’t put Youngkin in office. The GOP did. Even if every single non-Republican voter sat home on election day that responsibility would still belong to them.

I am blaming the Republicans for voting for an idiot. Who they were going to vote for no matter who we put up. You want to absolve the centrist twits who decided McCauliffe was the answer, and the Dem voters who were bored to death by that decision and stayed home, you be you. I cannot change the rightwing mind set, and trust me, I have tried. We have a much better chance of getting our own base activated, but we need better candidates. And I am pretty sure the Repubs are not going to help us. Voting for Youngkin was mindlessly stupid, but the next Trump-esque candidate they put up will get their vote as well. We need to improve our game if we are going to defeat the fascists. Waiting for them to come around is not a winning strategy.

Waiting for them to come around is not a winning strategy.

I’m not waiting for the fascists to come around. I’m trying to put the blame for their actions where it belongs.

Saying Youngkin’s victory is the fault of Democrats for not trying harder is like saying the Holocaust was the Allies’ fault because they took too long to occupy Berlin.

CRT means to these fascists, “they won’t let us be racists in public anymore”. Anyone confusing it with an actual theory of education is overthinking the situation.

No. Not even close. Just point out how it is possible to think defeating Youngkin was on the Repubs? They put up a fascist candidate because they are a fascist party. At this point, we still have the vote. If this keeps up much longer, we will not. Fascists will continue to run fascist candidates, more and more openly. Is that their fault? Of course it is! But can we make them stop? Only by defeating them. By voting, organizing, running candidates who xan motivate the base. We have a responsibility to our children to stop this march to totalitarianism. We have that responsibility. Yes, I hate that fascists are fascists. But I will rage at helplessness. We are not helpless. At least not yet.

Just point out how it is possible to think defeating Youngkin was on the Repubs?

I think we are talking past each other. The GQP has evolved into a full-on fascist party. They nominate fascist candidates. They vote for fascist candidates. Are they responsible for their stupid choices and horrible positions? Of course! That does not in any way affect the necessity to defeat them. They are not going to see the light, there will be no kumbayyah moment. If we do not vote them out at every opportunity it will get much worse. Are fascists to blame? Yes. Are people who stood aside and allowed them to take power to blame?

In my mind, the GQP are lost to us.

That may be, but that doesn’t mean we can’t hold them responsible for their actions and call them out on a regular basis.

The media has failed to hold the GOP responsible for what it has become under Trump and has failed to note the longer trajectory that got them to that point, while hammering home a “both siderism” message and expecting the Democrats to bear all the responsibility for the state of affairs.

Nowhere did I say the damned fascists do not bear responsibility for their actions. I have said we bear responsibility to oppose and defeat them. If this is somehow equivalent to denying their responsibility, I do not understand how. We bear a responsibility to protect our future and our children’s future. What the fascists do or do not do does not matter. They will put up the most vile individuals possible. They will support them, vote for them and cheer them on. Our only option currently is to vote them out. And if we fail, we will bear our share of responsibility. That is not both sides ism. That is reality. It baffles me that this is apparently a controversial statement.

In other words, the GQP is, for lack of a better word, evil. And if we are to defeat this evil, we gotta bring our A-Game. Because the triumph of good over evil is far from guaranteed.

Nowhere did I say the damned fascists do not bear responsibility for their actions.

I have said we bear responsibility to oppose and defeat them.

I know and agree.

I’m saying that a major part of the problem is the media, which does in engage in both siderism, even now.

It baffles me that this is apparently a controversial statement.

It’s not, What is irritating to me is that there is still a significant segment of the population that is still blaming the democrats, especially in the so-called chattering classes, rather than placing the blame where it belongs, which is with the fascist party right now.