Immersive Toilet Paper is a mod for Fallout 4 by jet4571 and Elianora which takes the game’s existing toilet paper, which is facing the incorrect way, and turns it the correct way. Thus making the game, as advertised, more immersive.

Why does anyone do it the opposite?! Those MONSTERS.

The toilet in Silent Hill 2 is… less than luxurious, but it was certainly memorable.

I once had a bathroom so small, I was forced to put in the roll in the unnatural direction, to avoid the risk of preemptive unspooling.

Many people worked very hard to forget this existed.

Fortunately, I’m not one of them.

Not so much for the actual toilets, but for what happened when you went into the bathroom in multiplayer.

Your weapon was replaced by an infinite supply of urine. The battle became a literal pissing contest.

When the bathroom tissue is in the proper orientation, it is trivial for my Schnauzer to unroll it down the hall to her bed and then eat it like a long string of thin, white spaghetti.

When oriented in the sinister manner, it is much more vexing for her to unroll.

I’ll play when one can actually clean the toilets.

The only non-insane argument I’ve ever heard.

Check out the Euro Simulator scene. They may have one.

Could be interesting with some of those fancy foreign toilets.

That would lead to a Bad Fur Day.

That was my immersion breaking problem with Fallout 3. You have people who have been living on a well protected ship for forty years, but it looks like no-one has attempted to clean it in that time. 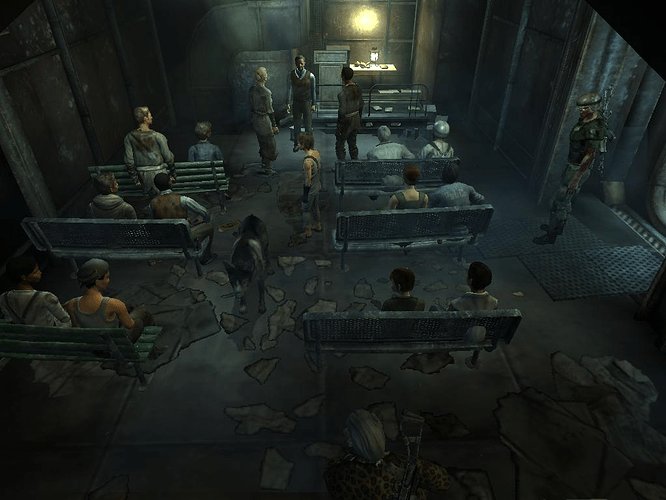 Has anyone seen a church looking like that ever?

IIRC Postal 2 has toilets. And turds-- which you can pick up.

Featuring a poorly maintained temple, among other things.

Not sure I agree with the sentiments.

If games taught me anything it’s that I shouldn’t hesitate to fish around inside toilet bowls in public places looking for goodies. Not health potions or anything like that. Obviously that would be silly.

Heh yeah, that old pervert JC. I believe manderley even tells you off for going in there later on in the game. Never mind surpassing the level of detail in the original deus ex, modern games haven’t even equalled it.

Fallout 3 does do a pretty tepid job of realistic grime distribution. New Vegas felt a good deal better. Fallout 4 is arguably even worse, since its base distribution of filth is no better than that of 3; and the settlement mechanics mean that you spend a lot of time visiting sites that did have a good reason to be filthy(infested with raiders/ghouls/whatever); but are now bustling little towns that apparently can’t be bothered to move the corpses out of the living areas, much less pick up the trash.

I suspect that doing the job right in the context of dynamic NPC population changes would be a huge headache; but they could have at least gotten the initial states right.

You don’t live in a house with a cat, perhaps. 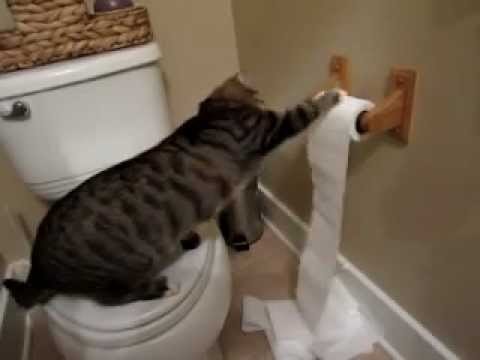 Fallout tops itself in that regard, I think.

In the early stages of Fallout II (or maybe I?), while your character is still relatively weak and desperate for caps, you can get a job as a “fluffer”. They don’t show the gritty details, but once you accept the job the scene cuts to your character hunched over a toilet, presumably vomiting into it.

And you end up poisoned.

Such a fun game!

I do and mine don’t.