Watch: Alex Jones offered to show what he was chewing on to a disgusted judge

It’s difficult to begin to imagine what goes on in its fool head, but your suggestion certainly is a possibility.

When I read the headline I was expecting him to be chewing on the head of a tiny doll.

…or a doggy squeaky toy.

I doubt there’s much rational, coke-free thought involved, but it sounds like he’s only interested in the case as a source of material for his show. Which sort of comes to the same thing.

You might say that’s an enterprising way to profit from losing a huge lawsuit. But that hardly makes him a genius, considering the whole debacle is an unforced error that’s already tanked his shitty brand

I think he finally saw the writing on the wall and was attempting to bite down for the big finish.

Agreed, and given his lawyers’ major league bonehead mistake, I doubt that it was they who suggested the “too-stupid-to-convict” strategy: 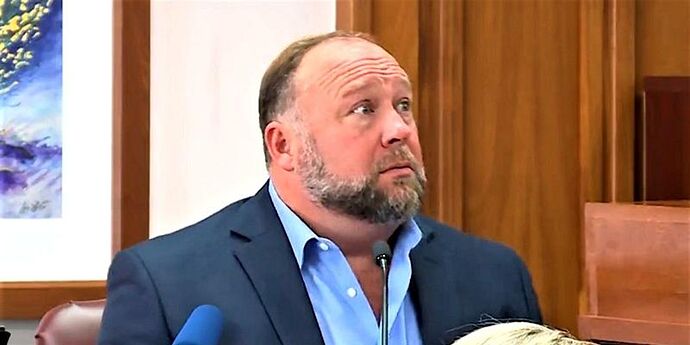 InfoWars founder Alex Jones was caught off guard in court on Wednesday when an attorney representing the families of Sandy Hook victims presented evidence that he had previously lied under oath.During testimony in a trial set to determine the amount...

could he be being as disgusting as possible to try to get the judge to flip out on him, then come back later with some “the judge hated me, so my trial was unfair” bullshit? Or at least fundraise on it…?

He’s already doing that and has been all along.

I’d say it’s pretty simple. He genuinely doesn’t have any respect for the court or the process. He doesn’t care about the outcome - in fact the worse the outcome, the better from his point of view.

Plus there is of course absolutely nothing he can actually do to make his situation better. Nothing he could say or do would help. Any legitimate attempt to engage with the court process would only highlight exactly how disgusting his business model is and how successfully he operates it.

The only sensible advice one could have given Jones at this point was not to testify.

One of many, many mistakes made by the many (is it 12?) different lawyers hired by Jones so far.

And each one no better than the last.

Then again there is one factor linking all of those lawyers. They were acting for Alex Jones and his merry band of incompetent malicious idiots.

There’s a theory going around that his lawyers “mistakenly” sent out his phone texts in order to trigger a mistrial. Obviously, it didn’t work. 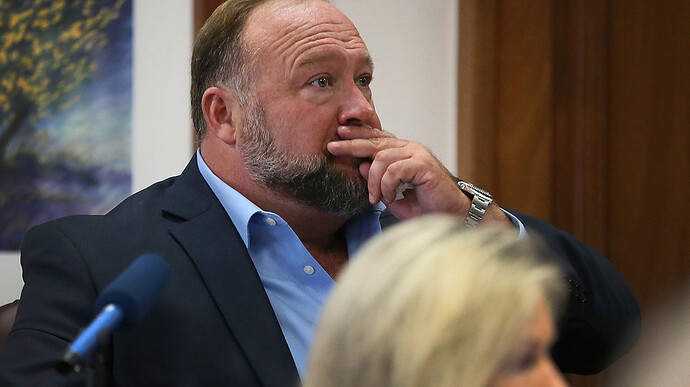 … and less punitive damages yet to be decided.

Huh, that’s both more and a lot less than I would have expected. Guess we’ll see how the punitive element stacks up.

In the US, punitive damages are often several multiples of real damages. Jones is well fucked. 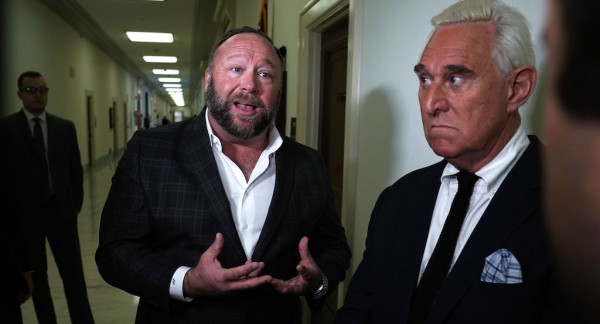 Jones was found guilty of defamation and owes a total of $49.3 million to parents of one of the victims of the Sandy Hook massacre.