I drunk better when I’m drive!

It would be interesting to see what ever happened to those people. Hopefully the law convinced them to not drive drunk and hopefully they never killed or injured anyone. That one lawyer guy probablly spent his career defending drunk drivers or maybe he became an advocate for driving sober.

I would have been one of those people claiming I could drive and the law was no good.

I hate drunk drivers which means I hate my former self. Not sure why or how I managed to never kill anyone but thank God I didn’t.

We had zero tolerance for our daughter as she was growing up until she hit the legal age but, I made sure she knew why and told her about my alcoholism, my dad’s and both of my grandpa’s alcoholism. Not sure if alcoholism is hereditary, my experience suggests yes, but I really didn’t want to test it with my own daughter.

She paid attention, so far so good.

It’s interesting to see the intersection of white supremacist ideals that tie into many of the interviewee’s responses, like the lady who claimed she drives impaired in Kenya, Uganda, South Africa, etc.

I wonder if her name is Shirley?

Not sure if alcoholism is hereditary, my experience suggests yes

I think it’s one of those things where it’s complicated, but heredity is likely one factor. I’m the only alcoholic in my family. I’m also the only one in my family with a hereditary bone disorder. So basically, I’m a mutant with the worst powers.

“Motorist Pub” is a good word for most suburban bars in the US.

I’m reminded of an eye-opening question once asked at a party. “Have you ever driven drunk.” Out of about 20 mostly professional programmers, engineers, and spouses, only two of us didn’t raise their hands. And everyone had their excuses – avoiding unfavorable appearances, not wanting to leave their car sitting unattended while the bar was closed, wanting a convenient means of leaving if a one-night-stand turned ugly. Until then, I hadn’t been aware of just how common it was, even for people who knew better and could affort trivially alternatives.

It wasn’t until 2004 that the final state—Delaware—shifted to the .08 number that’s now the legal limit across the country.

In Europe, the 0.08 level is now an outlier on the high side. 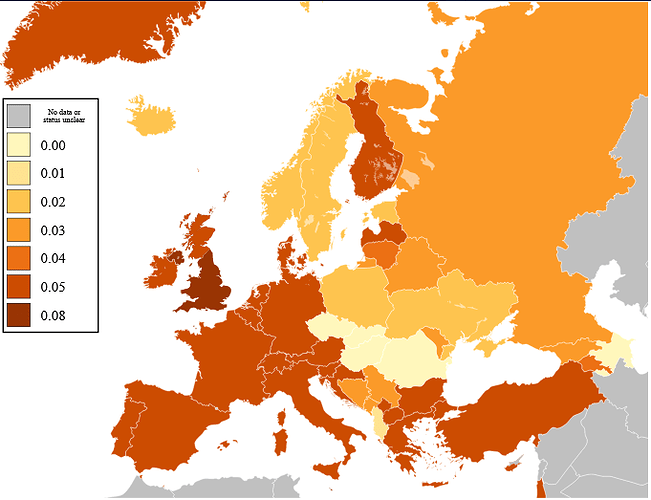 I wonder what happened to that “motorist pub”? Did it shut down? Or did their patrons start taking the bus?

A 16th-century timber-framed former coaching inn with an extensively wood-panelled bar. The building has been much-extended and rebuilt over the centuries and has leaded windows and low ceilings in parts. In addition to the regular beers, t...

And if you want to visit it nowadays, the last stop on the newly opened Elizabeth Line is just minutes away.

That’s good. The standard for driving should be much lower than the standard for “public intoxication”. If you want to enjoy beer, leave the car at home.