Watch: Michele Bachmann said she spent Christmas telling her 3- and 6-year-old grandkids that the "eternal fires" of Hell await them

Originally published at: Watch: Michele Bachmann said she spent Christmas telling her 3- and 6-year-old grandkids that the "eternal fires" of Hell await them | Boing Boing

…or hand to sin, will be cast into “hell”

Uh ohs, I may be in trouble. Hopefully God recognizes I had no choice because physics.

The way she explains it, it all makes such perfect sense.

And, O God, I personally ask, from myself, Michele Bachmann, Lord, would you allow Donald Trump to have a second term as president of the United States?

God, minding its own business, not much caring. Then realizes, “oh damnation! It’s Michelle effing Bachmann asking? Of course! I better get right on this!!”

Those poor kids, traumatised by their deranged Gran doing a Father Abruzzi on them. 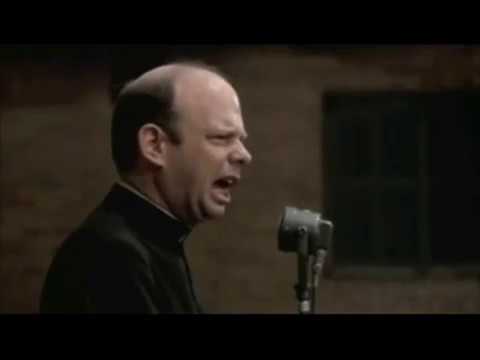 “Jesus did not say souls would be tortured there. They simply would no longer exist.”

The will of God is unquestionable, and he does work in mysterious ways, and he is the sole god worthy of respect and worship…

…until you don’t agree with what the will of god delivers unto them. Then they try to topple the government and force their god into other people’s lives.

Hell is other people… and these clods are the 7th circle.

Inducing this level of terror in children, particularly children so small, is child abuse.

Michele Bachmann? Well there’s a blast from the past. Despite being as crazy and unfathomably dim, she seems almost an intellectual statesperson next to the current crop of GOPpers

“Can we skip grandma’s house this Christmas?”

Michele, if you die before I do, could you save a seat in Hell? Oh, I don’t think I’ll be going there, but this asshole may join you.

In Bachmann’s view, Trump is the model toward which Heaven hopefuls should aspire: a liar, adulterer, cheater, con artist

Well, there is plenty of support for that in the Bible (and plenty to oppose it. The Bible really is a choose your own adventure gig). Trump isn’t so far off of a cynical reading of King David – a man after god’s own heart.

She is a caring and loving person, as long as you are marching in lockstep behind her.

She is a caring and loving person, as long as you are marching in goosestep behind her.

If Ms Bachmann ever got around to reading the bible she’d see that Jesus already had a plan for people like her:

It would be better for him if a millstone were hung around his neck and he were thrown into the sea, than that he would cause one of these little ones to stumble. [Luke 17:2]

Yeah, I’ll take the groomers and drag queens running our schools, thank you very much. (ctrl-alt-sarcasm)

Thank you. I was about to post the exact same reference.