I lol’d at the Action News reporter saying he just got off the phone with police, then brandishing his phone to give you a visual reference for what one of those looks like.

I do find local news deeply endearing though.

pity about the script for that includes…

TIL kidnapping is a mental illness

I was going to make a /s “kids these days” post: When I was a boy, I never told my parents about the kidnapping attempts!

I still think I made the right decision for me. Hope no other kids were less lucky.

Props to the boy and the clerk for being on the ball.

Or, the person is actually mentally ill, which caused them to act out in this way. That’s certainly plausible.

Channel 6 news in Philadelphia has a security camera footage colon

I’m not sure I want to see that.

same. one day there was a white car that followed me for blocks when i was a kid. guy kept trying to talk to me. i didn’t answer but i was not sure what to do. i didnt want to go straight home so it wouldn’t tip the guy to know where i lived. went into a supermarket and waited a long time and when i came out the car was gone. but that spooked me for months. never told the parental units, my mother would have lost her mind.

…has a security camera footage colon

what an interesting sentence period

Kudos to parents for raising a 10 year old who has been exposed to enough of the real world to develop the street smarts, resilience and confidence to deal with stuff like this. Most 20 year olds who’ve been helicopter parented who wouldn’t have handled it nearly as well.

When I was 16, I once had a creepy man in a car start circling the block while I was waiting at a bus stop. He was grinning and gesturing at me each time he passed.

After his 3rd ‘rotation’, I ran to local corner store and got help from one of my sister’s friends.

I’m not sure I want to see that.

It’s not really that bad with proper prep. 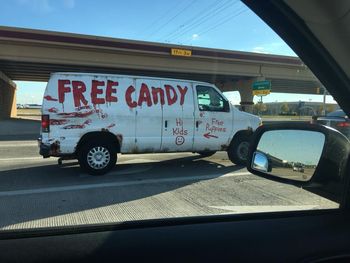 Gasp!
@KathyPartdeux - did you see this?!? Someone attempting to use Wawa for evil!

Glad the kid kept his head in the situation.

WaWa cannot fail; it can only be failed.