Let’s be honest. This is not a person taking a cat for a walk: the cat decides when to walk, when to stop and where to go. This is a cat taking his owner for a walk.

Pretty generous to call that a ‘walk’. I think they covered about 23 feet in just over 2 minutes.

Many many moons ago when I was still living in LA I cat-sitted for a friend for almost a month. I was still in an apartment and couldn’t let him go outside on his own where I was, but he was so used to being able to go prowling that I got him a harness and a leash so we could take walks. Definitely not like walking a dog, but better than nothing. People would always be surprised when they realized he was a cat.

One of my cats, sadly gone now, would tolerate leash and harness in exchange for going outside. I’m slowly getting one of ours used to a harness right now bc the kid wants him to go on a walk.
I’m not sure the reality will jibe with her expectations, cats definitely lead the person when “walking”
ETA pic 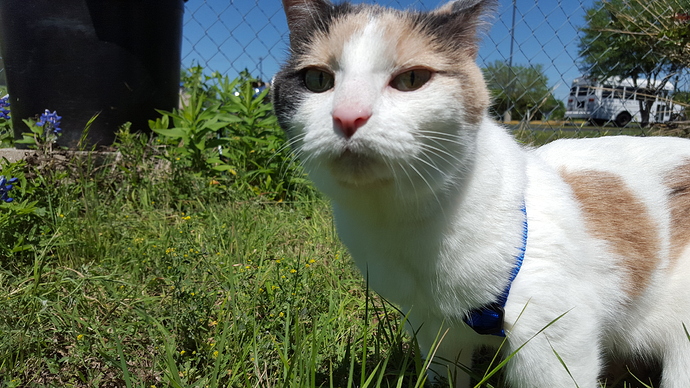 Once upon a time, a remarkable cat chose me. When I’d go for a walk around the neighborhood, he would heel. No leash required.

He would also sit in my lap while I was studying and scan the book I was reading with me. His head would go from left to right as if he were reading. He eventually stopped because, I think, he was going faster with his reading than I was with mine.

What a beautiful calico.

When it’s overweight human beings, I’ll allow for some nuance: I am overwight, my partner is overweight, most people I know are overweight, and beings of free will should get some wiggle room when it comes to body mass.

None of that nuance is available to me when it’s an overweight animal. That’s not cute, that’s not a “chonker”, that’s animal abuse and I wish we would stop normalizing it.

That’s not cute, that’s not a “chonker”, that’s animal abuse and I wish we would stop normalizing it

Yeah. I hate seeing fat pets. I wouldn’t go so far as calling it “abuse” but it’s certainly irresponsible. If you’re going to take care of an animal, you should take care of it. That includes making healthy nutritional choices for it.

Kitty just wants a ride.
Is that so much to ask?

Honest question. Is “chonker cat” redundant? Or can other animals be chonkers? GIS of chonker vs. chonker cat shows little difference suggesting that chonker cat is de facto redundant even if not de jure.

Or can other animals be chonkers?

Seals, raccoons, and dogs also… amongst others: 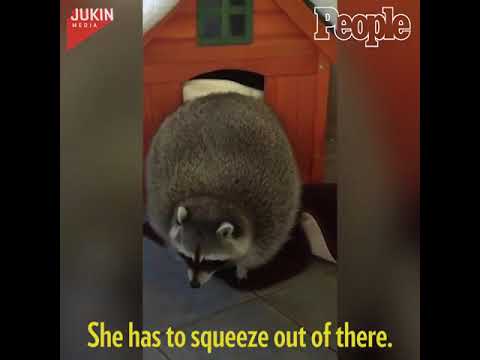 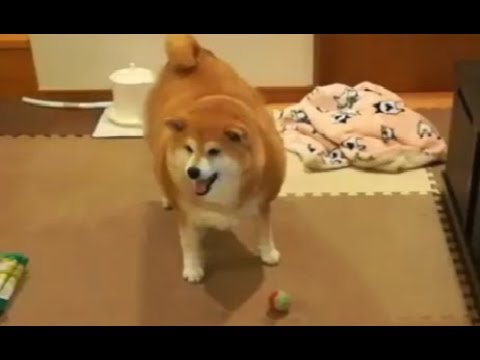 She was awesome, beautiful jade eyes, great personality and loved the leash as long as there were no dogs. She hated dogs. 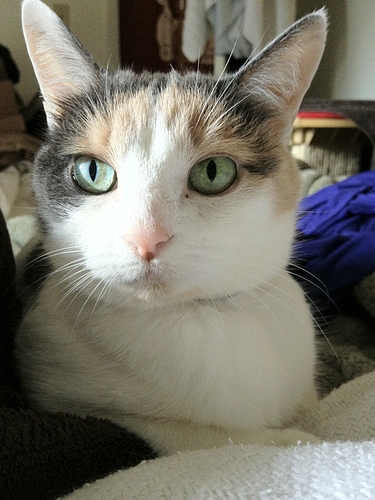 Hosico looks like a short-haired distant cousin of Smoothie. 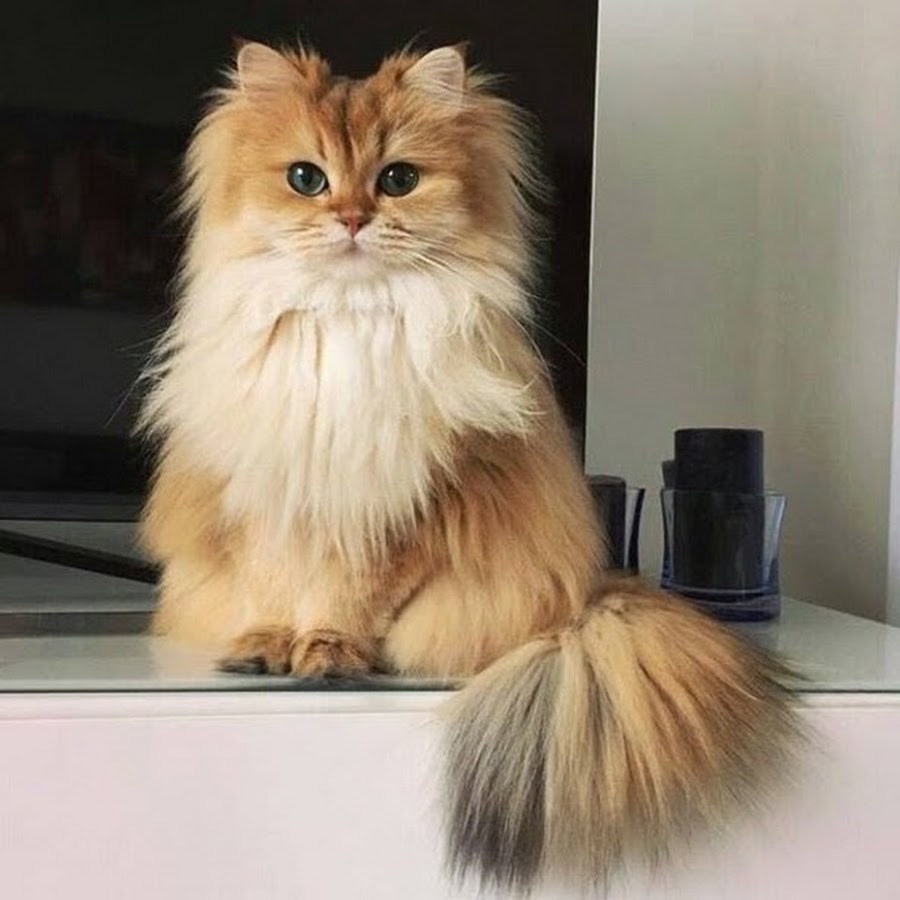 This is the official Smoothie the Cat YouTube page. Fluffy videos about British Longhair cats Smoothie & Milkshake are coming your way. Don't forget to hit t...

What a pretty one…

Our cat grew up with our dog and more or less thought he was one. He’d come along when I walked the dog, no leashes (we live in the bush); we had to walk more slowly so he wouldn’t be left behind. He also needed a log of encouragement - such a good cat! He’d make it about 500-800m then would sit down and wait for us to return on our way back home. We had to go back that way, he would not leave till we joined him again. He even quietly panted like a dog sometimes - a little fake panting - cause that is what you did on walks.

Years ago, now, I leash trained a cat when he was still a kitten. Spug was not crazy about the harness, but he understood putting up with it meant going outside, so he was okay with it. He insisted on getting a 30 minute walk every day, and would let me know about it if he was getting short-changed. Walking was sort of a compromise. I’d make him actually walk, but he would have some leeway on investigating things along the way.

Have not been able to duplicate that experience with other cats who we adopted later in their lives. I suspect you need to start with a kitten.

Photo of Spug in the backyard (sans harness) with his stuffed animal, that he liked to drag around the house with him. 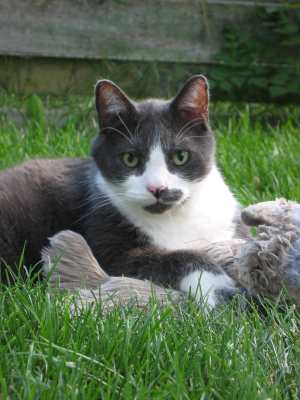