Xtianists are just recycling this garbage now, devoid as they are of originality. It’s an indicator of how stupid this timeline is that the Satanic Panic is back with us again in full force in the 21st century.

Satan never wrote me a ticket or denied me my rights, just saying…

“…and the unlimited drugs and deviant sexual behavior that goes with it.”

Such utter BS and is it cool if I attend one of the meetings?

I think I saw another movie from this series “Fentanyl: The experts are wrong, contact OD and you”.

I remember when I was told that my Dungeons and Dragons books were demon-possessed. The story was that some kid’s books talked to him (in some sort of evil way, and definitely not a dream) in the middle of the night. So he burned them.

There was also supposedly a level beyond Advanced D&D that was called Expert D&D, which meant learning how to summon real demons and cast real spells.

It was all basically devil worship. Just like listening to Iron Maiden.

I guess if you believe offering prayers to the “good” deity can grant wishes it naturally follows that the people who worship the “bad” deity must also have magic powers. Saying a bunch of ancient words, burning incense or secret herbs, moving your arms in a prescribed direction, if these things really worked you could just have your chosen deity reveal the winning Powerball numbers to you ahead of time. Instead Satanists have to work day jobs at the public library and Christian preachers only live in mansions by fleecing their flock. 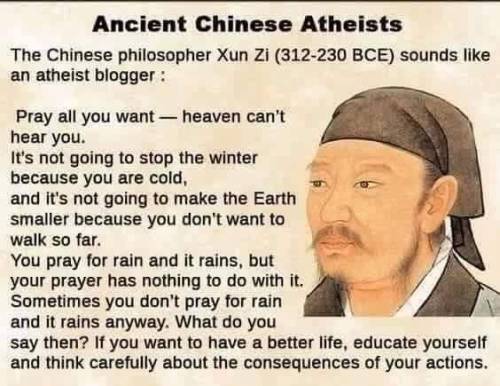 Interesting article about the pony-tailed “former Satanist” from the video:

Instead Satanists have to work day jobs at the public library

I’m not a Satanist, I’m an Atheistic Pagan. Not that I have anything against Satanists, of course!

Please note: Satan (the devil, Lucifer, etc) is a fictitious character from literature not to be confused with some real life human beings who can embody evil. 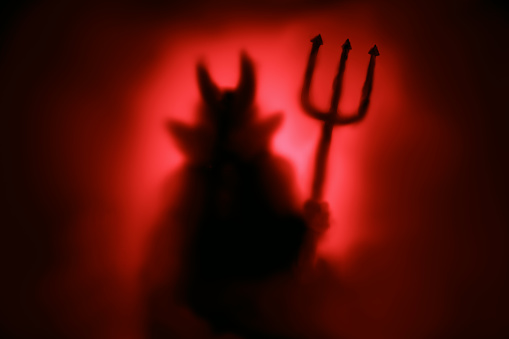 I think one of the most fucked up stories I have heard is about a kid who was abused by his newly converted parents because he supported Manchester United (AKA The Red Devils, this was at Alex Ferguson’s peak).

No matter how tangentially “Christian” they are, until it’s far, far too late.

(I’m thinking especially of the cults which are “Christian” insofar as the person they worship claims to be Christ.)

Or watch RedLetterMedia watching it

Bonus Rem Lezar at the end, which deserves its own full article

Reposting this. Deep dive into the roots of the Satanic Panic and its background back to the good ol’ witch-hunt/blood libel days, and how it still lives among the Q-conspiricists. Fuck these people.

It’s amazing how credulous cops can be - and it’s disturbing how these kinds of wild fantasies are so easily adopted by law enforcement as the basis for arrests and prosecutions. Nothing’s fundamentally changed. Given how widespread the whole “constitutional sheriff” fantasy is with US sheriffs (where they believe they’re the highest power in the country), and how conservative US cops are, and the spread of qanon beliefs… it’s only a matter of time before cops are prosecuting “the left” based entirely on qanon conspiracies.

the Satanic Panic is back with us again in full force in the 21st century.

Only the current version is even dumber and completely partisan in who it targets, which is an important difference.

Interesting article about the pony-tailed “former Satanist” from the video

I remember him and other Christian evangelicals who would claim to have previously been involved in “Satanism” or “witchcraft” and the like, and be clearly spouting nonsense about what they had previously been into. I just assumed they were just acting out some standard Christian scam (or scams: the self-appointed expert scam married to the “former sinner” scam to give it credence) to sell their evangelism, but it didn’t occur to me that the Christian evangelist portion was also a scam. (I mean, beyond what it is for most of those dudes.)

There was also supposedly a level beyond Advanced D&D that was called Expert D&D,

From memory, those were the blue books/box. Of course, you didn’t get the complete instructions on sacrificing virgins and summoning demons unless you bought everything up and including the Immortals series.

The best thing about this is the FBI warning up front - don’t even think of sharing this video!!!