What's a really awkward situation that everyone can relate with?

Sitting at home watching impotently as the people who rule your world murder thousands with impunity.

Sorry, probably not what we’re going for here. 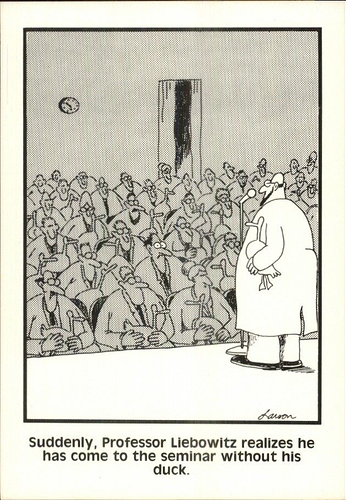 or worse, your potential in-laws.

Yeah, that’s mine too.

Office washoorms/bathrooms: having a nasty session for whatever reason, then someone you know is right outside your stall.

saying goodbye to someone only to keep walking in the same direction.

That’s probably the worst one. Cringing to the level of searing pain.

Needing to fart, finding a place where you can let loose and then someone walks up to talk to you after you’ve farted.

Trying to end a phone conversation and both parties keep prolonging the call by adding more to the conversation. I accidentally do this regularly with work related calls.

Making a mistake while driving, like accidentally cutting someone off and then having to drive next to that car for an extended period of time. Gotta avoid that eye contact

See also, farting in the shower while showering with another party. Can’t blame the dog when its just the two of you!

In people with poorly controlled telepathic powers, this happens all the time, as both the telepath and the other person find themselves mistaking whose brain is telling them to zig or to zag. Can result in mirrored side to side dancing for ten minutes or so. Mortifying.

Your parents’ sex scene in the movie you’re watching with your grandparents.

I’ve long wished there was a hand symbol for apology that was as universally understood as its antonym.

Having multiple conversations at kid’s school with people who you know will never be more than a “Hi, I’m dropping my kid off, too”. Then after ~10 of these, you still don’t know their name. And you normally wouldn’t care, but then they ask you how your wife and kids are, how was your last vacation (they remember where you went), etc

You’re trying to pry their parent’s name out of their kids while the parent is out of ear-shot by asking something like “so how’s your dad…ah, jeez…what’s his name?”

Then the kid turns around to their dad and yells “HEY DAD! He doesn’t even know your name”.

Being in a long line up at the cash register and it is finally your turn but you go to pay but have no form of payment. (lost wallet, wrong purse or whatever)

Perhaps a sneaky way to get their names would be to send them a card for whatever occasion in the hopes that they reciprocate. Could also exchange social media info though for me that’s not desirable

and lastly another option might be to add them to your phone’s contacts but what you do is you give them your phone and have them put in their full names. Just tell them to put it in themselves since it’ll be faster than guessing the spelling of their name, i’ve used this excuse before and works.

Or just be honest and ask them. Nobody will care - they are glad you care enough to ask.

I’ve seen that too, but I’m guessing it was more embarassing for you.