Young Karen blocks parking spot for her boyfriend, calls cops claiming she was hit by car

What about this Karen shaming? Ever thought about women who really are named Karen?

This just in: some people are assholes.

True but I was really hoping for the video of her comeuppance. I mean really who the fuck does she think she is?

a radio talk show host in Austin on KLBJ who said he’d be open to having Karen on his show as a guest.

Because ratings i guess. Also i hope this lady gets slapped with filing a false police report

Dudley and Bob with Matt. Now you are big time. I am going to shamelessly plug my favorite shock jocks that I have been listening to for 33 years. If you do not live in Austin, you can listen online or to their podcast:

Home page for the Dudley and Bob with Matt comedicradio talk show airing weekday afternoons on 93.7 KLBJ-FM. If you live in the Austin area tune in on 93.7 KLBJ FM or stream us live, nationawide, on any streaming platform. Latest podcasts, videos,...

When I last lived in Austin, The Domain was a place for people with overcompensation issues to throw away their money.

I wonder how much of situations like this is people doing one stupid thing, but then continuing to double down because they don’t know how to get out of it while saving face. Not that that excuses any of this reprehensible behaviour of course, but I feel like the dancing and working hard at acting like this situation isn’t bothering her is symptomatic of that. She’s in so deep at some point that she has to keep going and hope she somehow “wins”. An immature and fragile ego to be sure. A lot of these Karen-like situations seem to involve pointless escalation and stubbornness no matter how petty and inconvenient it gets for them.

It’s still a pretty obnoxious upscale area, not a fan either.

The woman trying to park is obviously in the right, but unless that was literally the only place left to park, I’d have been inclined to say “stuff it” and park somewhere else. Could have been in the store while she was still doing her weird little dance and waiting for her boyfriend. 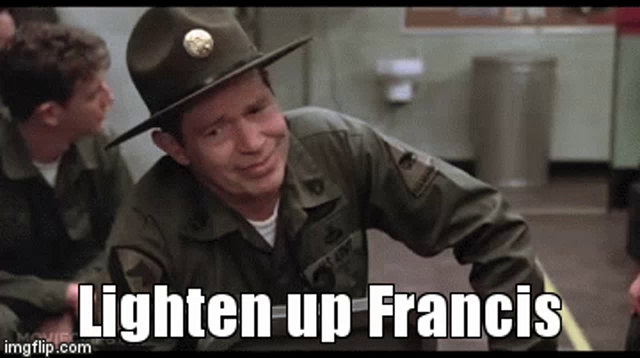 People named ‘Felicia’ and ‘Dick’ have it even worse.

People named ‘Felicia’ and ‘Dick’ have it even worse.

I went to school with a kid called Richard Head.

I went to school with a kid called Richard Head.

That poor kid; his parents must have hated him.

When the boyfriend finally arrives, he takes one look at the scene and keeps driving

I hope he kept on driving while reflecting on certain life decisions.

“Bless her heart” is one way

I hope he kept on driving while reflecting on certain life decisions.

Like “maybe I made the wrong choice on seekingarrangement”…

Yes, that one in particular.