Who exactly is the audience for the Steve Jobs movie?

They had the guts to portray him as the colossal jerk he was, rather than suck up to the fanboy crowd? Colour me impressed.

What was disappointing about it? I found it a quite enjoyable read, when it first came out, but haven’t really followed much about it since. Has there been some dispute to the facts claimed within it?

“The lines I heard spoken were not things I would say but carried the right message, at least partly. I felt a lot of the real Jobs in the trailer, although a bit exaggerated.”
and
“It is the creative work of the producer and writer and actors and director and others … Accuracy is second to entertainment in a movie like this.”

It’s too bad I can’t find the teaser they showed on Fallon the other night highlighting Rogen as the Woz.

I gotta say, I’m really pleased to see them fight onscreen…when Rogen’s Woz calls Steve an asshole, you almost mouth the words with him.

On the side: Fallon had Rogen and the real Woz on the show to play a game, and Woz told the story of a time he and Steve got robbed at gunpoint at a pizza place for one of Woz’s blue boxes.

(I see now that it might have actually been a black box.)

I can’t quite identify if Rex Reed’s problem is that the movie isn’t good, or that it doesn’t show the Steve Jobs that Rex Reed wants to see.

Maybe this isn’t the rags-to-riches story of a misunderstood visionary that we should lionize and model and respect. Maybe this is the rags-to-riches story of a persnickety perfectionist who dehumanized those around him but who knew his shit well enough to midwife something that captured the world’s attention. I think both are probably valid narrative takes on Jobs’ life (because he was probably a bit of both, as all people are).

What you do get is a character called Steve Jobs who
embodies the qualities of a man who is not worth making a movie about.
Cold, obnoxious, neurotic, selfish, indifferent toward everything but
his computers (worth $441 million when his wife and daughter were living
on welfare), and as cracked as the Apple logo.

…I’d watch that movie. That sounds much more interesting to me than the movie about …

How did a child who was ashamed of being adopted rise
from loser to CEO of Apple? He may have revolutionized digital
technology, but he also weakened humanity’s most valuable asset—the
power of communication. How did he feel about that? And what about his personal life?

…that Reed thinks it should be instead. 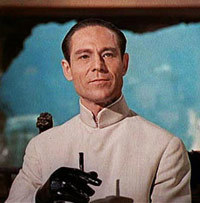 Aside from that absurd comment the last paragraph is already nonsensical.

Edit: second last paragraph. Not that the last doesn’t have obvious problems too!

They had the guts to portray him as the colossal jerk he was, rather than suck up to the fanboy crowd? Colour me impressed.

And you don’t get “free-thinking individualist” points for participating in the single biggest hatedom in tech, no matter how well-deserved it is. 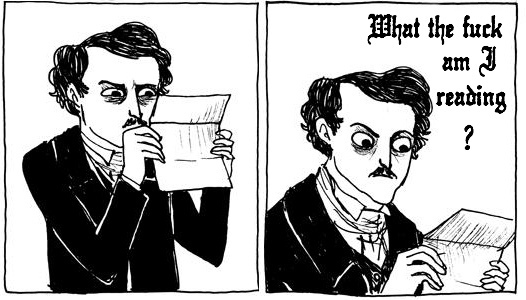 And you would have prefered what?

I am just as excited for this as I was for Sorkin’s Zuckerberg film.

And I’ll watch it just as many times.

I suspect the movie won’t do very well. The people who care enough about Steve Jobs just aren’t buying what it’s selling.

Conceivably, the folks who care enough about Steve Jobs aren’t the best qualified to critique a movie about him.

“Charicatured” should be spelled “caricatured,” shouldn’t it?

It depends on the audience of course, would you rather read a cold machine-proofed article cathering to the grammar nazis or a playful, sensible narrative with a small error to highlight the failure prone nature of man?

Words aren’t supposed to have human flaws. I’m not going to build a sentence with one of yours. /s

“If you’ve got a factory full of children in China assembling phones for 17 cents an hour, you’ve got a lot of nerve calling someone else opportunistic.”

I shall not derail, but I shall start putting Sick Burn gifs in the gif bank.