Who makes the world’s best wallet?

I have one of these, not too expensive (compared to some previous replies). Also holds a decent number of cards and cash. 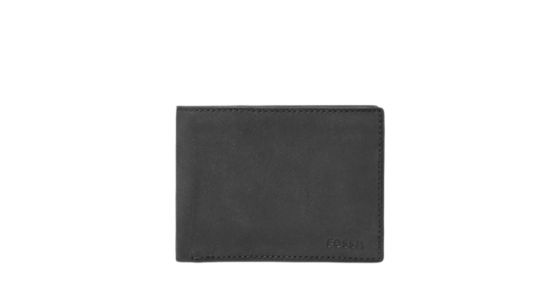 This sleek silhouette features a new slimmed down design without sacrificing the space. Crafted in smooth, supple leather with a new slim shape, our compact Nova bifold will be the only wallet you need—office to weekend.

Well it gets me to their site, but their site tells me they cannot find it or have moved the content.

I’m glad so many are chiming in with other links. I’m using the Sharkk RFID blocker. I wish it was a little stretchy to accommodate more cards but capacity is pretty good (I can still close it with 9 cards & a couple of bills). The other version with the strap looks even better. It’s a little bulky for skinny jeans but I use it to capacity and don’t wear skinny jeans.

FWIW, there are lots of them. I referred to the manufacturer, but you can (as I just did) get them from Amazon too.

And where do the coins go? I

I quit carrying them. Generally if I’m paying cash I just give them as (or with) a tip anyway. Otherwise most merchants will take the change for the “someone will need them more than I do” collection.

As for the contents of the primary Bungee card case:

The stuff I use less often goes in another case that rarely leaves home and when it does goes in a travel case. Bills, keys, and Leatherman Micra go in the front pockets; the Bungee is slim enough (12 mm) to be no problem in a butt pocket (although I tend to use thigh pockets when available.)

I have a lot of love for my Mighty Wallets, so much that when they inevitably wear out and my cards start falling out for some reason I can’t bear to throw them away. They don’t last forever, maybe a year. They are made of thin, lightweight Tyvek. The material looks and ages a lot like paper but much more durable. They are inexpensive and available in a bazillion patterns. And pretty much every time you take out your wallet to pay, someone tells you how cool it is. And if they’d like to send me some coupons…

[quote=“quorihunter, post:15, topic:102615”]
Cash can easily be folded and put into a pocket.[/quote]
But the video was supposed to be about wallets, not card cases. (I would classify almost all the objects in his video as the latter.) Cards can also just be shoved in a pocket, maybe joined with a rubber band. Me, I carry lots of cards and cash, and want my wallet to keep those all together and well organized.

Perhaps if you’ve spent all your money on “wallets” like the ones in the video.

I pared down my wallet pocket contents until I had to make this for myself. Holds 4 cards and a small fold of bills, or can attach moneyclip to hold more.

That’s not quite as practical when the smallest note is €5.

I swapped to a multi sleeve money clip style from Fossil about 15 years ago and I’ve stuck with one version or another since. My current one:
https://www.fossil.com/us/en/products/ingram-magnetic-multicard-wallet-sku-ml3235200c.html

This looks like the most promising wallet mentioned here yet! but a magnet right next to my magnetic strip bankcard? Isn’t that going to cause problems? Sure most of the times I use either the chip or the NFC but wrecking that magstrip would be big a downside…

[quote=“quorihunter, post:10, topic:102615”]Additionally, the key holder wallet isn’t as adaptive given many vehicles are switching to fobs or spring loaded keys now a days.
[/quote]
Almost always I end up with some items on my keychain that would not fit in that wallet or one of those key-multitool things. I would love to not have a keychain in my pocket all the time and have experimented with alternatives but this has never worked out for me.

Right now I got 8 items on my keychain and 4 of those are not “regular” keys. It may actually be a good time for me to experiment with this since of those 4 I will be getting rid of one through a move, another can be adapted to be slimmer, one may actually fit and the last one can probably dangle on or be discarded.

I have gone through sooooo many wallets over the years, and the need to de-Costanza is real.
If I have a bill fold, with space for stuff, stuff WILL fill the space.

It’s a bit bulkier then what I favor but that looks really impressive! However I’m afraid that if you’d get frisked/searched it may get confiscated since it’s practically a knuckle duster. I see they say they invented it to hang a plastic bag on it for easier carrying but I guess not many securty/TSA employees will buy that line

Oh, and I can open beer bottles already, no need to add a bottle opener to every damn gadget

I’m glad so many are chiming in with other links. I’m using the Sharkk RFID blocker.

I don’t like this box form factor, I don’t want my wallet to be too “hard”, but apart from this everything about this is great. I don’t really understand why I’m that against this hardness, in my current wallet one of the “cards” is a light piece of stiff material to keep the cards from bending so I need the hardness but don’t want it

I’m currently rocking a leather card holder with 3 “slots” one in the middle with the opening on the short edge, two on the outside with the opening on the long edge. The stiffness card together with little used cards go in the middle, often used cards go in the one side, cash in the other side, coins are loose in my pocket. It’s made locally with leather made from discarded sofa’s. It was a birthday present from my girlfriend so switching will be socially awkward at least.

So true. Different environments, different solutions. When I was in Europe the majority of the stuff that I usually carry was not needed, whereas the passport and coin storage were. I mostly solved that by my choice of clothing, but I’ve never been terribly fashionable so it didn’t matter.

But the video was supposed to be about wallets, not card cases. (I would classify almost all the objects in his video as the latter

Exactly, I was trying to say that but you nailed it.

15-20 different bills is a lot of cash to carry around,

Right now I have a twenty, three fives, and eleven singles in my wallet. I don’t think Warren Buffett has to worry about a takeover bid.

Of course, I carry cash because I don’t use ATMs. I also carry a nine year old flip phone, pay my bills with checks, drive a manual transmission car, and every now and then I develop film and prints in my basement darkroom.

I want to thank @Peter_Brulls, for reading my personal requirements, and suggesting something that fit the bill. (Pun intended). I ordered one just today.

However, I do not appreciate how so many of the other responses are telling posters (myself included) that what we say we want isn’t what we really want. I know my own mind, and I know what I need. I don’t need anyone to explain myself to me.

I will say one thing here… Absent-minded as I often am, once it’s in my pocket, I occasionally confuse it for my cell phone and vice versa and leave the house with one and not the other.

I carry change separately, but I too can’t seem to fit my daily carries in a minimalist wallet. Some years ago, I picked up an upcycled wallet on a whim. Thought it was kind of gimicky at the time, but the price wasn’t too bad. Turns out, it is an excellent wallet. The stitching has held nicely and it is comfortable and flexible.

The Franklin Reflective puts the sizzle in your back pocket. A version of our Franklin Wallet that boasts a reflective strip so you can't miss it in the dark.