Too bad Spandau prison was torn down after Hess.

Confined to Mar-A-Lago, you say?

Heck, we could even set aside a whole island for him. 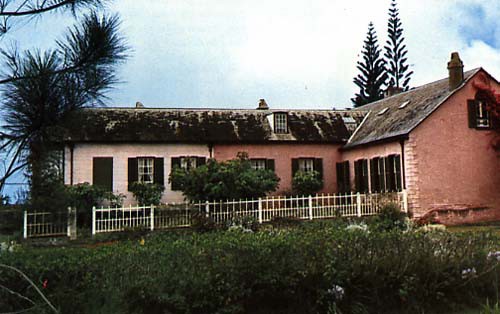 A small island lost in the middle of the south Atlantic Ocean, St Helena was chosen by the British government as place to exile the deposed Emperor. “The island of St Helena is the ideal place to lock away such a character. In such a place, so far...

You’re absolutely right that his most ardent supporters are lost causes. But he’s got an awful lot of supporters who aren’t truly ardent. And he’s already got a certain stink of “loser” about him. If he loses a high-profile case? They’ll decide they never liked him, not one bit. And every little bit helps.

I got the two bass-ackwards; thanks for the fix.

I got the two bass-ackwards;

Elba’s the more famous of the two: ‘Able was I ere I saw Elba’ wrongly suggests that the island crushed his spirits.

I’m also going to have to be very picky about who writes it.

I want to pick out his headstone:

So people can pay him the respect he has earned.

Heck, we could even set aside a whole island for him.

He doesn’t deserve a whole island; Mar-A-Lago will be fine. It is surrounded on three sides by a very high wall, and the Lagoon is on the other.
I propose the Baby Blimp be permanently moored out there, so that he has a fine view of it every time he looks westward.