Originally published at: Donald Trump says journalists who [legally] report leaked info should go to jail where they can get raped (video) | Boing Boing

I wish there was a realistic chance this preening fascist thug could end up in prison.

Remember The Supreme Court Leak Investigation? Why Has Everyone Gotten So...

Maybe he’s just mad because nobody is telling him.

God almighty, what an asshole.

Say what you like about Trump, at least he’s consistently vile.

I was wondering the other day whether Donald Trump has ever once done one nice thing for another person, and I would not be surprised to learn that he hasn’t (giving your CFO under-the-table perks as part of a tax-evasion scheme doesn’t count). 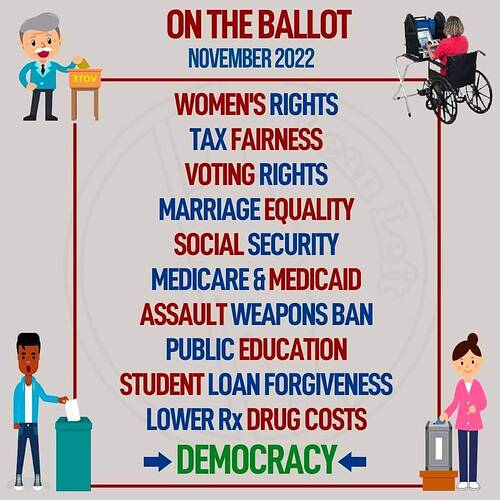 A good graphic, but in the current atmosphere of bigotry “Marriage Equality” should be replaced with a stronger “LGBTQ+ Rights”.

We cannot let this fascist fuck near any position of power, ever again. 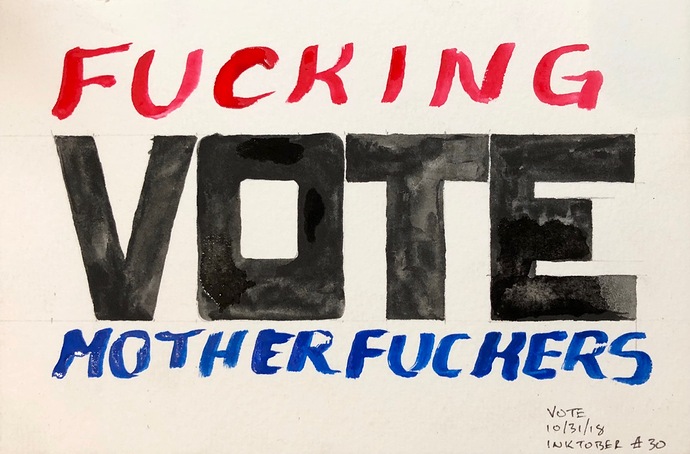 We have never had a national security threat like this man.

As we know, it’s always projection. So, is he telling us that we could finally get to the bottom of all of the crimes he’s been involved with if we just send him to jail? Because that sounds like a plan to me.

We have never had a national security threat like this man.

With any luck, Merrick Garland will signal his general agreement with this sentiment at his press conference today.

Funny thing is - you don’t have to go to prison to be raped by Trump.

“When you’re famous, you can get away with anything.”

Looking at that transcript, I’m once again bewildered at how the chuds aren’t put off by what a prissy, mincing, humorless hellmarm this person is.

That audience laughing approvingly at rape is the stuff of nightmares.

NO one deserves rape.

Yes, but consider how it helps get them to turn on each other regarding January 6. They certainly aren’t turning on each other because they’ve had a change of heart, realized they were wrong, and want to be on the right side of history.

ETA: Not saying it’s not a nightmare, just pointing out that, for people without conscience or empathy, who celebrate evil things as long as it happens to others, the realization that it’s about to happen to them is a good motivator.

The one and only indication so far that Trump thinks rape is a bad thing.