Until Mexico and Central America are safe, economically sound places to live, immigrants (or should we just say “refugees”) will come to the US border looking for something better.

For many of them, prison, torture and death in the US isn’t much different than what they’re already subject to in their home countries.

This is similar to what happens in Australia. Except our detention centres are off shore on islands in other countries in the Pacific Ocean. It’s the stated policy to make conditions intolerable so as to discourage refugees arriving by boat. It’s known how bad they are, even though it’s near impossible for journalists to gain access. Employees face 2 yes jail time for “unauthorised disclosure”.
The people who are sent to these islands are told they will never set foot on the Australian mainland.( For various historical reasons we’re obsessed with boat arrivals , than with the majority who come by plane and overstay their visas.)
Even if they are found to be genuine refugees, their choice is to stay on the islands, go back to their homeland or wait for resettlement in another country. New Zealand has offered to take refugees, but the Australian government says no because it’s too close. The Australian government has done all it can to dehumanise these people.
Donald Trump has recently said there is a lot to admire in the Australian government’s detention policy.
Anyone who is interested, look up stories about Manus Island and Nauru. 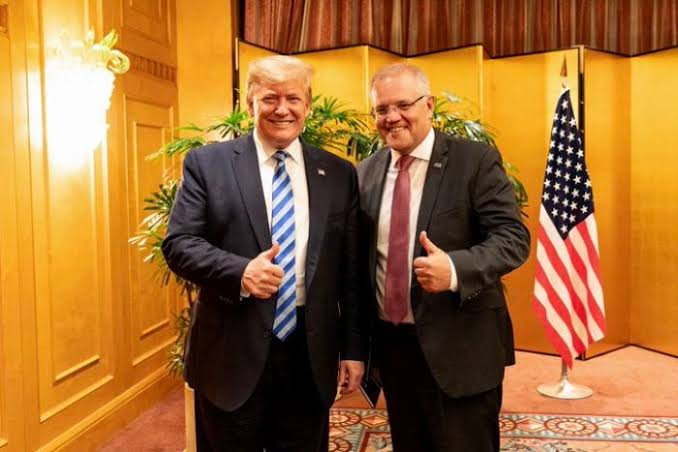 This is also a horrific situation- men have set themselves on fire and children have stopped eating, moving and speaking because of the despair on these islands. Families kept there for years as “deterrence” to other would-be refugees. https://amp.smh.com.au/national/time-has-come-for-an-amnesty-for-those-suffering-on-manus-and-nauru-20190624-p520q9.html

It’s not well-known in the US (I wouldn’t have learned more except I had a long stay recently in Australia). But it’s of a piece with Trump/Miller’s efforts here.

By the way, if we start saying that Steve Miller is the real president do you think Trump might chuck him out?

It’s not well-known in the US (I wouldn’t have learned more except I had a long stay recently in Australia).

There was an infamous phone call between Trump and former PM Turnbull early in the reign of Trump. Now more details about the background of it and the trade involved are leaking out. 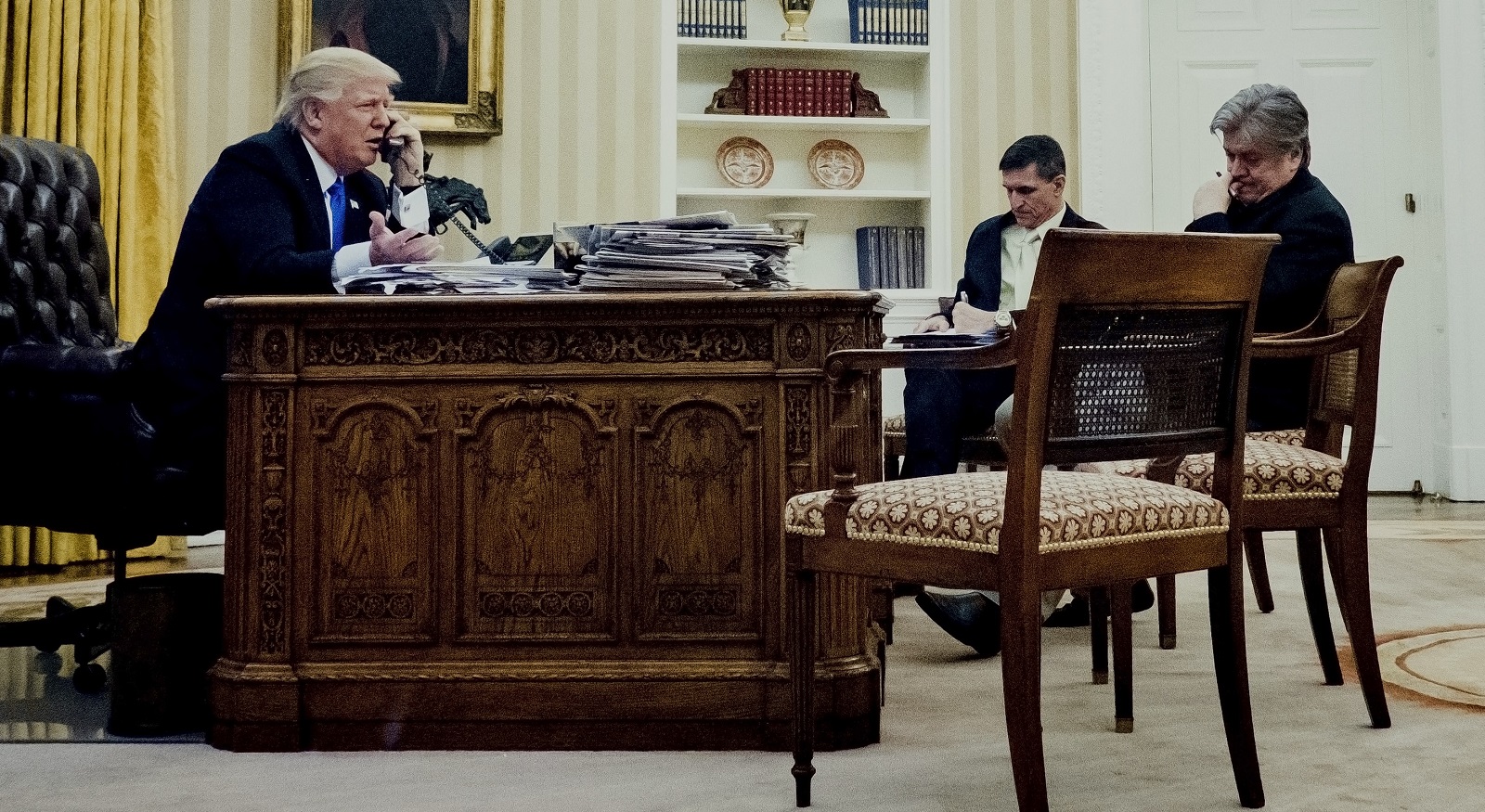 Secret “swaps” might have led the US President to hang up on Malcolm Turnbull but the principle of the deal must stand. 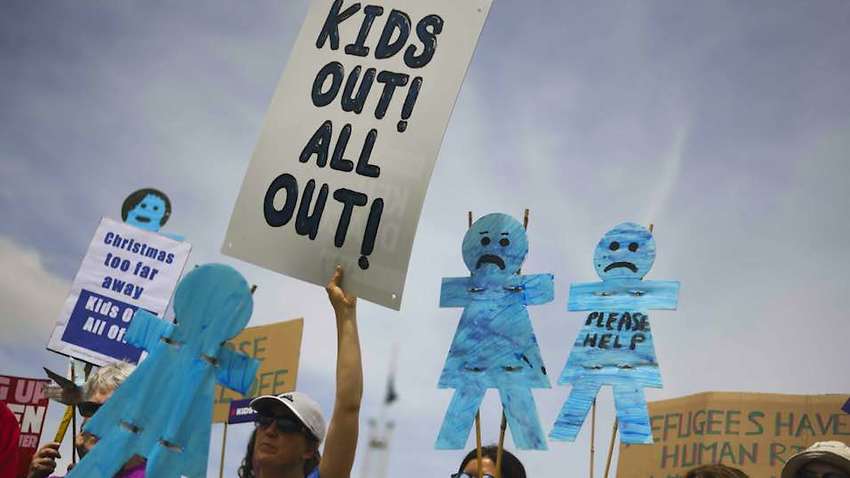 Refugees detained on Nauru have been resettled across several US states, but the journey there has come at a cost. 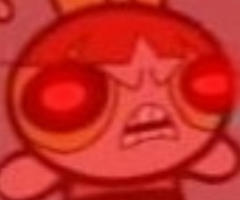 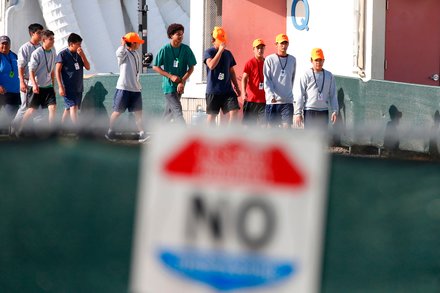 Opinion | The Treatment of Migrants Likely ‘Meets the Definition of a Mass...

Children are suffering and dying. The fastest way to stop it is to make sure those responsible, including the foot soldiers, face consequences.

The midlevel functionaries who make the system run are not as visibly involved in the “dirty work,” but there are still clear potential reputational consequences that could change their incentives. The lawyer who stood up in court to try to parse the meaning of “safe and sanitary” conditions — suggesting that this requirement might not include toothbrushes and soap for the children in border patrol custody if they were there for a “shorter term” stay — passed an ethics exam to be admitted to the bar. Similar to the way the American Medical Association has made it clear that its members must not participate in torture, the American Bar Association should signal that anyone who defends the border patrol’s mistreatment of children will not be considered a member in good standing of the legal profession. This will deter the participation of some, if only out of concern over their future career prospects.

Harming people of color is not an after effect, it is the intent and purpose of this administration.

I’ve been dreading asking this, but does anyone have insight into treatment of kidney disease in African Americans and Asians?

I had a moment googling kidney disease, and learned that these populations suffer higher rates of kidney disease than caucasians. Significant enough to report on.

I got queezy, and sure that there’s a whole foofara around getting treatment. The consequences would be obvious.

I don’t know about how it’s handled for POC specifically, but there was an act of congress several decades ago that means that all kidney dialysis is largely paid for by the government.

So really ethically dubious companies like DaVita basically have setup dialysis mill systems to churn through as many patients as possible, with as few doctors and staff as possible, providing inadequate care, while also charging the patients for dialysis that essentially doesn’t cost the company anything.

What is wrong with our society?

Cobra effect. If you pay a bounty on cobra heads with no stipulations, and don’t pay attention to regulating cobra breeding, expect your cobra problem to get worse.

Turns out the government paid for dialysis, but didn’t decide to set standards of care and outcomes, creating perverse incentives.

I’m unsure it’s that simple. but what do I know?

Perhaps not that cut-and-dried, but it’s definitely setup a perverse incentive. All because we have a “market solution” for healthcare with a few additional socialist elements, it sets up heavy incentives for the capitalist parts of the system to suck money out of the guaranteed entitlement spending.

It’s really gross that the market solution to people not having enough money to pay jacked up prices for drugs and care is: people don’t get care and die.

Rats had featured largely in the history of Ankh-Morpork. Shortly before the Patrician came to power there was a terrible plague of rats. The city council countered it by offering twenty pence for every rat tail. This did, for a week or two, reduce the number of rats - and then people were suddenly queuing up with tails, the city treasury was being drained, and no one seemed to be doing much work. And there still seemed to be a lot of rats around. Lord Vetinari had listened carefully while the problem was explained, and had solved the thing with one memorable phrase which said a lot about him, about the folly of bounty offers, and about the natural instinct of Ankh-Morporkians in any situation involving money: ‘Tax the rat
farms.’

I’ve seen some of these run-down clinics and wondered what was going on. There are always almost exclusively African-American folks going in and out. This would explain it.