Its like they refuse to let the story die and fade into the background. They apparently want more outrage!

If I was them, a better tack would have been, “Do you have kids? They don’t want to brush their teeth or wash.”

Yes, likely because it riles up their base and makes them close ranks and push back against resistance to this kind of thing.

When “Never admit you were wrong, never admit you hurt someone, and if you did, they weren’t a real person” is your only political strategy, you kinda gotta ride it to see how far it goes. It has gone…much fucking further than I would have thought.

Every day my girlfriend reads the news and says to me, “Maybe we need a back-up country?”

I’m not too worried about it. Traitor Trump is going to drag us into WWIII any day now, and my home in Silicon Valley will probably be one of the first targets that’s nuked. I’ve been expecting it ever since Trump fraudulently took his oath of office as President. The living will envy the dead.

Sure. Realize that some of trump’s base would like to be killing these people, and their kids.

Glad to see that someone else out there realizes the truth that Trump is a traitor. Whether or not he is literally a paid agent of Moscow, he has most certainly violated his oath of office and betrayed this country.

Whenever I deal with one of these concentration camp excusing scumbags who say, “Its not like the Nazi camps”, I respond with “I am certain, if ICE started executing people there, you will not object.”.

Never get a denial there.

From the article:
“the disturbing conditions being reported at confinement centers are intentional, not a sign of mere neglect.”
THIS is what should horrify people; it makes it immeasurably worse than it ever needed to be.

Next up for these fascist scumbags when these dodges fail, model camps: 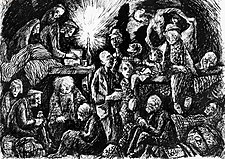 Theresienstadt (Czech: Terezín [ˈtɛrɛziːn]) was a hybrid concentration camp and ghetto established by the SS during World War II in the fortress town Terezín, located in the Protectorate of Bohemia and Moravia (German-occupied Czech lands) in which tens of thousands of Jews were killed. Theresienstadt served two main purposes: it was simultaneously a waystation to the extermination camps, and a "retirement settlement" for elderly and prominent Jews to mislead their communities about the Final...

They’ve already started dipping their toes in staged photo ops and are fond of saying that the caged kids have it better than most public school kids. 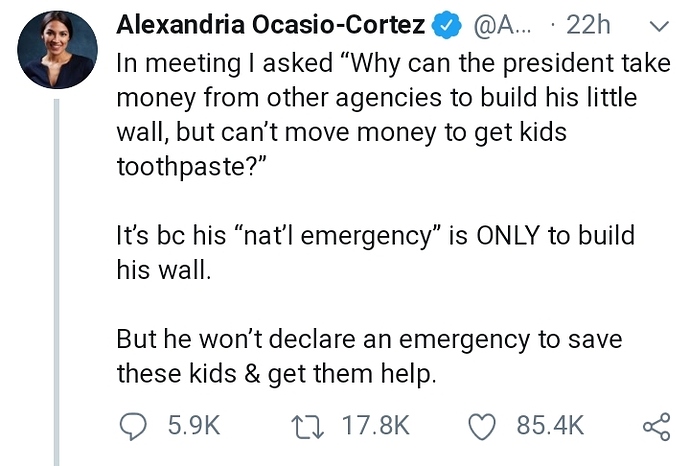 Harming people of color is not an after effect, it is the intent and purpose of this administration.

I’m sure many people are familiar with Ken White, but for those who aren’t, he’s one of my go-to legal commentators for one reason: he’s more careful than most to try to avoid partisanship when speaking about the law. He will call out people from all points along the political spectrum when they misrepresent the law to further their own agenda (which has made him plenty of enemies from both the left and right). Together with a journalist, he does a podcast about Trump’s legal issues called All The President’s Lawyers which is a great resource to help understand all the myriad legal issues swirling around Trump.

“But it’s wrong to think the problem can be cured with a presidential election.”

It won’t be cured, but it will be reduced. Trump and his base consider cruelty to immigrants a feature not a bug. Everything is worse under Trump.

I hope this article is factual enough for the concern trolls that worry that talking about children in cages in the wrong manner might offend someone.

Trump is a traitor

In an emotional sense, if not a legal one.

Ask your girlfriend, who is going to take us Americans in after the way we’ve treated people who fled to shelter in America only to be imprisoned and have their children taken away. Nobody.

Lock her up … I mean make her do hands-on research!

Lock her up … I mean make her do hands-on research!

Reminds me of those court orders for a slumlord to stay in one of their own rental units. I think it would be entirely reasonable to make government officials stay in a camp they argue is “safe and sanitary”, but I think they should make the department head stay there, not just the lawyer. I’m sick of seeing only the underlings punished.