Why Tom Morello and Ted Nugent are friends

Originally published at: Why Tom Morello and Ted Nugent are friends | Boing Boing

These kinds of friendships can only be sustained on the basis of shared privilege. I hope Morello is aware of the history of fascism being littered with a bloody trail of betrayed and bewildered friends.

“You might be surprised that Ted Nugent and I are good friends,”

You know they don’t understand the song, right?

These kinds of friendships can only be sustained on the basis of shared privilege.

Nugent is a monumentally talented guitarist and a Trump supporter who has made controversial vile, hateful political statements and taken alt-right conservative political positions.

I’m sure Harvard Political Science graduate Tom Morello knows what he is on about. 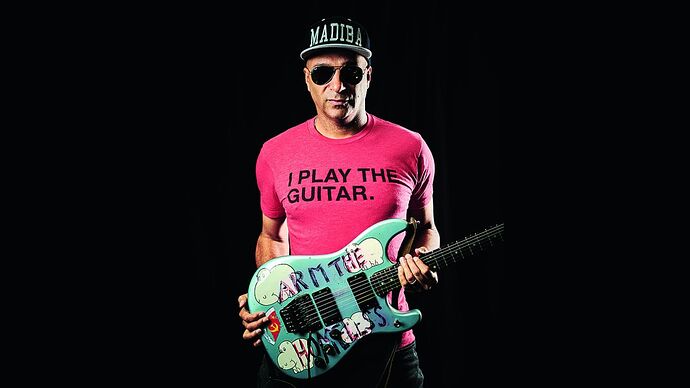 Tom Morello defends friendship with Ted Nugent: "I reserve the right to be...

I remember this interview, but I didn’t catch the whole thing that included the part about Nugent.
Anyway, this story was better, particularly the part about going to see Chris with Rick Rubin -

I don’t know what friendship and caring can mean when one’s political beliefs and actions might make life chances and experiences more precarious and unsafe for one’s friends or family. Famous people are famous. Ideology is a market. 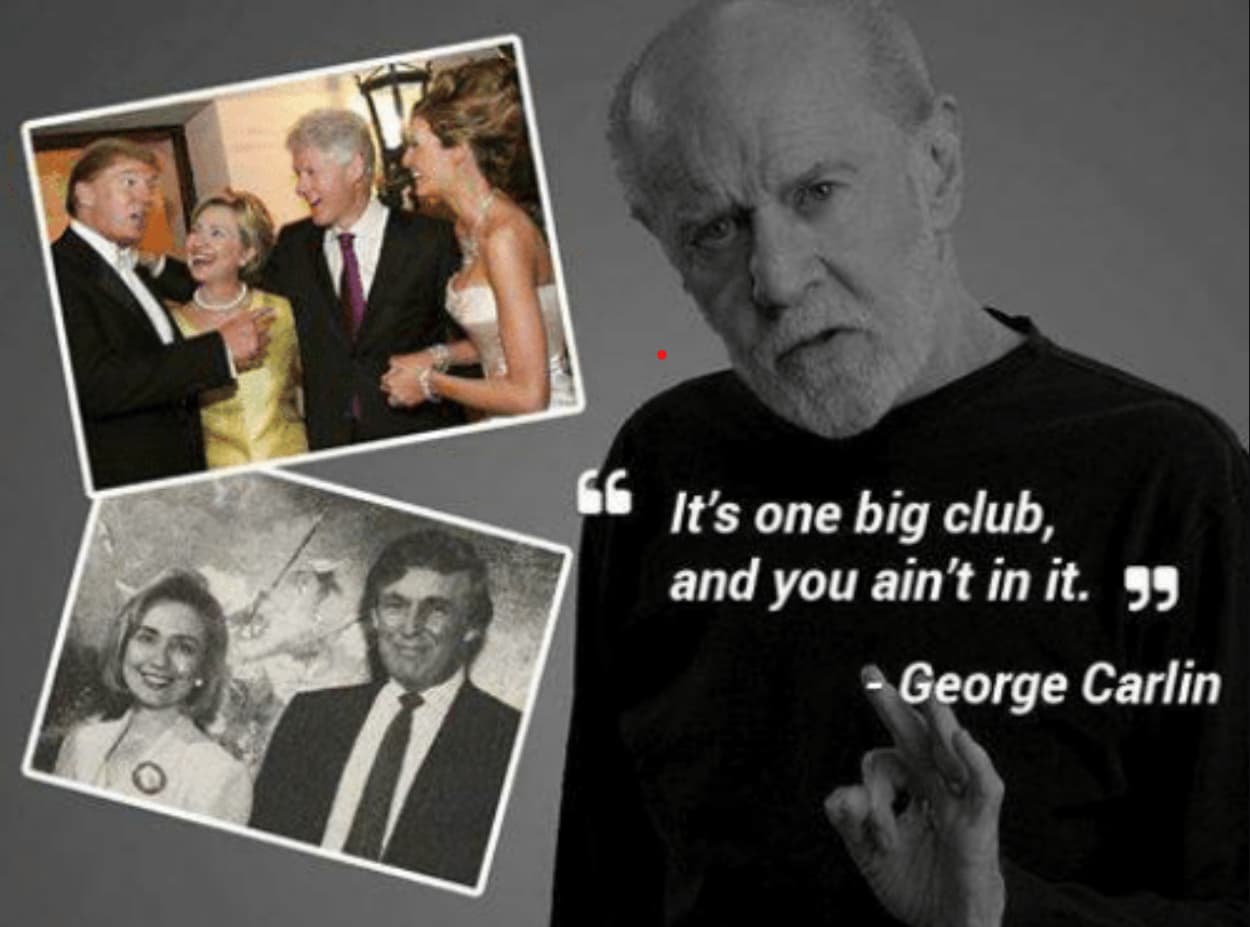 Nugent is a monumentally talented guitarist, according to him

One of my best and closest friends is very right leaning. I firmly disagree with a good chunk of his political views, but at the end of the day i know he’s an honest, caring/loving man and he’s someone i would even trust my life with. Talks about politics with him is very difficult for me, but ultimately i have sustained the friendship with him because he was there for me in the hardest time of my life and i was there for him during an even harder time in his life. I really wish he wasn’t a republican but at least we have enough in common in other aspects of our lives that we can hang out and enjoy each others company.

That said from what i know of Ted Nugent he sounds deeply unlikable so i would never fuck with him. But not gunna tell Tom Morello whose company he needs to keep, that’s up to him.

I don’t maintain friendships with fascist, nazist, racists, or other nasty and vile human beings. If that makes me an asshole, so be it, but I’ve cut off close friends forever just for being huge Chump supporters. I call it tough love. If you want Donnie’s love, you clearly aren’t tough enough to earn mine.

It’s one thing to have friends with different political viewpoints.

Difference of opinion on equal rights, the humanity of others, the validity of violence as a political tool, whether democracy should continue in the US, someone’s very right to exist? Not OK. Not OK AT ALL.

These kinds of friendships can only be sustained on the basis of shared privilege.

See also and and all celebrities and Richie Riches who advocated abstaining from voting in 2016 and/or opined that maybe, just maybe a Trump presidency was what we needed “to shake things up” (usually because their preferred Dem candidate didn’t win the primary).

This is the second musician that I know of who normally wouldn’t be friends with Nugent, but is. I heard a similar interview with Henry Rollins (or at least mentioned respecting him as a guitarist, I don’t want to put the word '“friend” in his mouth.)

Like a lot of people, they seem to share a common bond through music and can put aside differences to talk about it.

Maybe some day talking shop Morello can rub off on Nugent some.

The problem is they ignore the whole rest of the song and focus on the “Fuck you, I won’t do what you tell me.”

And Bill Cosby is a monumentally talented comic actor and businessman. He’s still a piece of human shit.

Difference of opinion on equal rights, the humanity of others, the validity of violence as a political tool, whether democracy should continue in the US, someone’s very right to exist? Not OK. Not OK AT ALL.

If that sort of “different view” isn’t problematic for someone, then maybe that ‘someone’ is part of the fucking problem.

There are plenty of people who don’t give a fuck about injustice, inequality and inhumanity until it directly affects them negatively. And that makes them selfish, hypocritical bastards in my book.

Also it needs to be said:

Speculating that maybe Morello will have some sort of “good” influence on Nugent is some seriously flawed-ass ‘magical thinking;’

People who actively and consistently choose to be hateful dicks cannot be ‘saved’, they will only end up dragging their would-be saviors down with them, like an albatross…

Bertrand Russell famously refused to debate a well known fascist, Oswald Mosley, because to do so would have been giving even the tiniest modicum of validity to a hateful ideology: 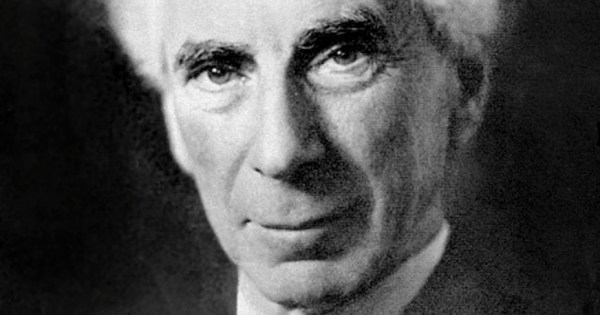 When Debate Is Futile: Bertrand Russell’s Remarkable Response to a Fascist’s...

“The emotional universes we inhabit are so distinct, and in deepest ways opposed, that nothing fruitful or sincere could ever emerge from association between us.”

Thank you for your letter and for your enclosures. I have given some thought to our recent correspondence. It is always difficult to decide on how to respond to people whose ethos is so alien and, in fact, repellent to one’s own. It is not that I take exception to the general points made by you but that every ounce of my energy has been devoted to an active opposition to cruel bigotry, compulsive violence, and the sadistic persecution which has characterised the philosophy and practice of fascism.

I feel obliged to say that the emotional universes we inhabit are so distinct, and in deepest ways opposed, that nothing fruitful or sincere could ever emerge from association between us.

I should like you to understand the intensity of this conviction on my part. It is not out of any attempt to be rude that I say this but because of all that I value in human experience and human achievement.

I’m still not unconvinced that Hillary was just playing the long game with trump and using him as a sleeper agent to absolutely DESTORY the Republican party. I mean Clintons and Trumps friends for years? and just look at the absolute wreck that the GOP has become…

Exactly. This isn’t a difference of opinion like whether or not pineapple belongs on pizza. It’s literally a question of which people deserve fundamental human rights.