It’s Michigan, and that kind of dress in that area (Grand Rapids being such a college town) is not unusual.

I can take a guess how this young lady differed from her peers which went unnoticed. Given that it’s Michigan.

Yeah that’s what I was thinking…not so much what she had on as more what she looked like.

I know! I know! The answer is she is one of those blah people. Is that it?
Cuz she sure looks like a terrorista to me, dang furriner.
/s

Of course; yet another example. With Der Fuhrer now in the game, his slavish stooges are feeling all frisky and empowered.

Something tells me that if she were a white woman, the outfit would have been just fine.

It was, indeed, 90 degrees across the southern half of the lower peninsula over the weekend (and yesterday, and today). There’s nothing inappropriate about this young woman’s clothing. Full stop.

Wrong answer from the mall. Instead of doubling down on having a dress code by saying they’ll make it clear what’s appropriate, they should have said they will be training security guards how to respond when people complain about the attire of others.

Their response should be something like this, “We do not police how people are dressed unless it violates that laws for public nudity or sanitary practices. Unless the person was not wearing a shirt or shoes, we don’t have a problem with people’s fashion choices.”

My general thought is that they shouldn’t be able to kick you out for anything less revealing than what the stores’ adverts are showing.

Could you please stop with the fake German titles and accents when you talk about your homegrown authoritarians and neo-facists. You created them, you elected them, there’s nothing contemporary German about them, you get to keep them.

For the love of shorts I can see nothing remotely offensive with what she is wearing.

Why are these complainers and body shaming trolls given the time of day? I am willing to bet that there are currently half a dozen female manikins in the mall with less on.

I’ve seen quite a few people wear some outrageous stuff in public, but honestly it doesnt hurt anyone or affect me in any way so i just do my best to mind my own business. This girl seems to be wearing something pretty normal though, i don’t see why she was singled out for her choice in clothing.

I am trying to understand what “dress code” policies a public shopping mall can have beyond this: 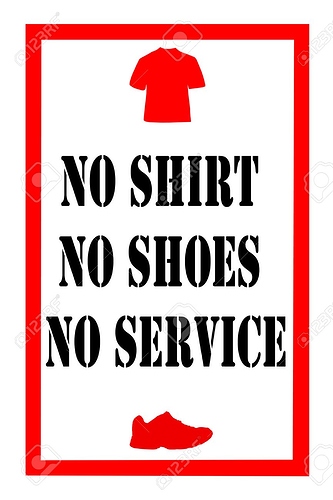 I see the comments that have been made about race, and I understand it - but that is not my experience with West Michigan in general, and Grand Rapids in particular. Yes, it is a very religiously conservative area, and yes, just like everywhere, there is racism. But, I lived in the area for over 50 years, and that is not their style (no pun intended). It is more likely, in my opinion, that the complaint was registered because the woman was wearing clothing that made some dutch (small “d”, so you know I’m not insulting people of Dutch heritage, and if you live there you know what I mean) guy think impure thoughts. I can’t believe I didn’t use the “H” word, and again, if you live there you know what I mean.

The fact that this young woman has a darker skin tone than the typical Vans, Vanders, and Vandens, was secondary, but probably did serve to pique his purulent interests. It was still a typical piss ant thing to do and I knew about a thousand snobby, dried up, pruney old people who would pull a stunt like, that because being Holier Than Thou is like a competitive sport around there. It makes me embarrassed to be from West Michigan. But please don’t think that everybody from there is like that, there are many, many wonderful, generous people living there.

… she had spoken with management at the Woodland Mall, who apologized and told her “they’re going to revise their clothing policy on their website so it is clearer what is and isn’t acceptable.”

The Handmaid’s Tale is starting to look even more like contemporary fiction.

How well would that work with something like Ann Summers?

Thank goodness she wasn’t shopping at this standard mall storefront: 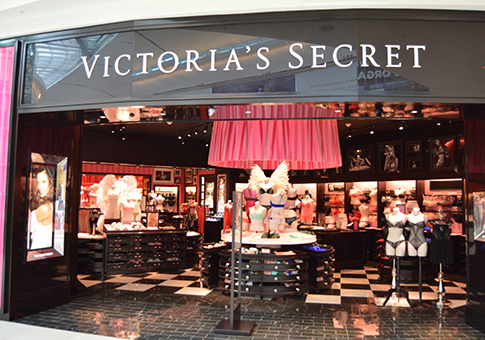