Yet another lackluster 'Galactic Starcruiser' pitch from Disney

Originally published at: Yet another lackluster 'Galactic Starcruiser' pitch from Disney | Boing Boing

I tell ya, nothing feels more immersive than having to wait in line to helm a laser cannon in the heat of battle.

I mean, I go to ren fairs, I used to be in the SCA back in the day - I get the concept of creative suspension of disbelief around immersion in these things. I’ve also paid to go on a Disney “Star Wars Day at Sea” cruise, which was fun as heck, even though it was just some characters walking the halls accosting people and vader doing his thing in the main foyer, along with some great picture opportunites and themed food. It was still a blast and I’d have done it again at some point I’m sure.

The starcruiser is almost guaranteed to be more immersive than any renfaire or that SW cruise, and frankly, isn’t all that much more expensive than an actual cruise at sea is, but adds an entire theme park into the experience.

Perhaps I’m the target audience here - someone who will pay to watch someone play a bard at a summer festival surrounded by a bunch of people who couldn’t bother to dress up themselves but still finds the whole thing a hoot.

Inside looks can be risky. The “creative” with the 1930’s hat, for example, blows the whole illusion for me.

Unless they attire all the other Star Wars characters with it; I’d love to see Chewbacca in a boater.

I will go if it looks like they’ve done a good job. Thus far they are blowing the marketing. Galaxy’s Edge is great but its mostly a shopping experience – not unlike a Cruise which Disney has a lot of experience at.

They are marketing in the most unattractive and boring way possible. Stop having Imagineers talk about how much they are impressed with their own work.

Say he looks good, or he’ll rip your arms off 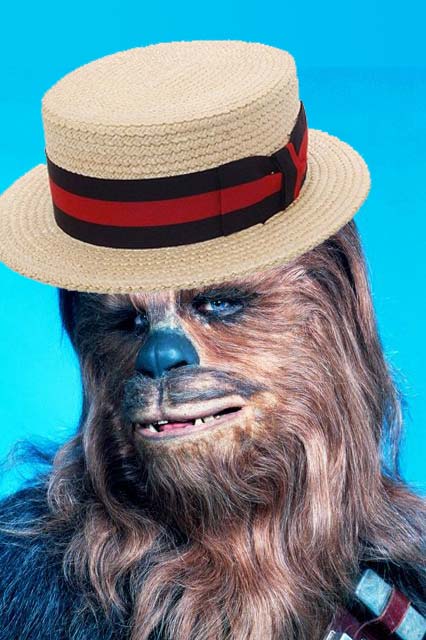 Stop having Imagineers talk about how much they are impressed with their own work.

Yes! Give some insight on what the experience will be like. Or is it so little, any leak will spoil it?

They are marketing in the most unattractive and boring way possible. Stop having Imagineers talk about how much they are impressed with their own work.

This is the way.

Disney used to have a documentary about building the star wars world (can’t find it on Disney, maybe YT?) and it was exactly like this video plus a couple of half hearted celebrities inserted. It’s almost like it was made to bore investors to death rather than excite customers.

The live performance cut scenes in this latest hotel video look freaking cool in my opinion, and an amazing and rich experience seems possible by the experts in the field. But then they lead right back into interviews that seemingly want to painfully peel back the curtain and lead you into a soulless gift store.

This is the way

They thought it would be like owning all of space opera, the whole concept of science fiction, but the only bit they can use in a theme park is like the bar from Casablanca plus an animatronic robot and some non-functional rayguns

I think those canon arguments are just noise and a lot would be forgiven, or missed entirely, if Disney just made a good SW product (and ignored the vocal minority).
I also believe the mouses’ execs are simply getting in the way of artists and their passions and it is painfully demonstrated over and over in these promo videos.

and if they try to branch out from that

Can you imagine an immersive portrayal of “Life Day”?

I don’t know, maybe? Wasn’t that on one of those redwood forest planets? Would it be like Mardi Gras but with aliens?

I mean, we could do worse

we could do worse

… but much, much better…

That’s probably where you and I differ then and why I diverge on thinking. I love Ren fest and SCA stuff, but I won’t blow several thousand dollars to go experience it. I haven’t even spent that much on my son’s armor, and he’s fully kitted out these days in real chain, gambeson, helm, the works.

Nor would I go on a cruise, because I hate the idea of being stuck on a boat for days/weeks with only a few hours at each port to go visit the local attractions. This is a cruise WITHOUT the ports to visit, and a theme park on the side, which I can purchase tickets for without the cruise portion of the event. And if this immersive hotel isn’t any better than the park itself, why would I blow far more money on it when I can get that experience at the park and stay at a much cheaper place.

I was born dirt poor. I’m very middle class these days, but I retain a strong streak of “why should I part with more money than I need to for this thing you are offering me if I can get it cheaper elsewhere?” Nothing in that hotel entices me, and the price is simply far too high.

But hey, if you can afford it and it appeals to you, more power to you. This is my opinion, not a truth about what they are doing.

Sorry, you guys rode that pony (Star Wars) into the ground and for good measure beat it to a pulp. Time to turn it into dog food or bury it.

The rides at Galaxy’s Edge remain immersive and popular, the problem is that there are only two rides in the whole land.

The rides at Galaxy’s Edge remain immersive and popular, the problem is that there are only two rides in the whole land.

I was disappointed that they canceled the Bantha ride. Boba Fett would have loved it. 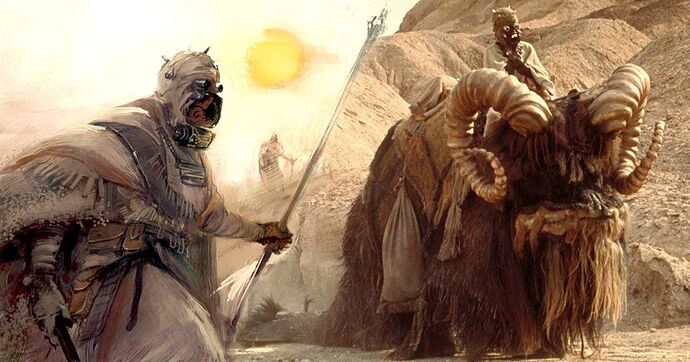